Her father died in Korea; 70 years later, she's reunited with his duffel bag - We Are The Mighty

Her father died in Korea; 70 years later, she’s reunited with his duffel bag 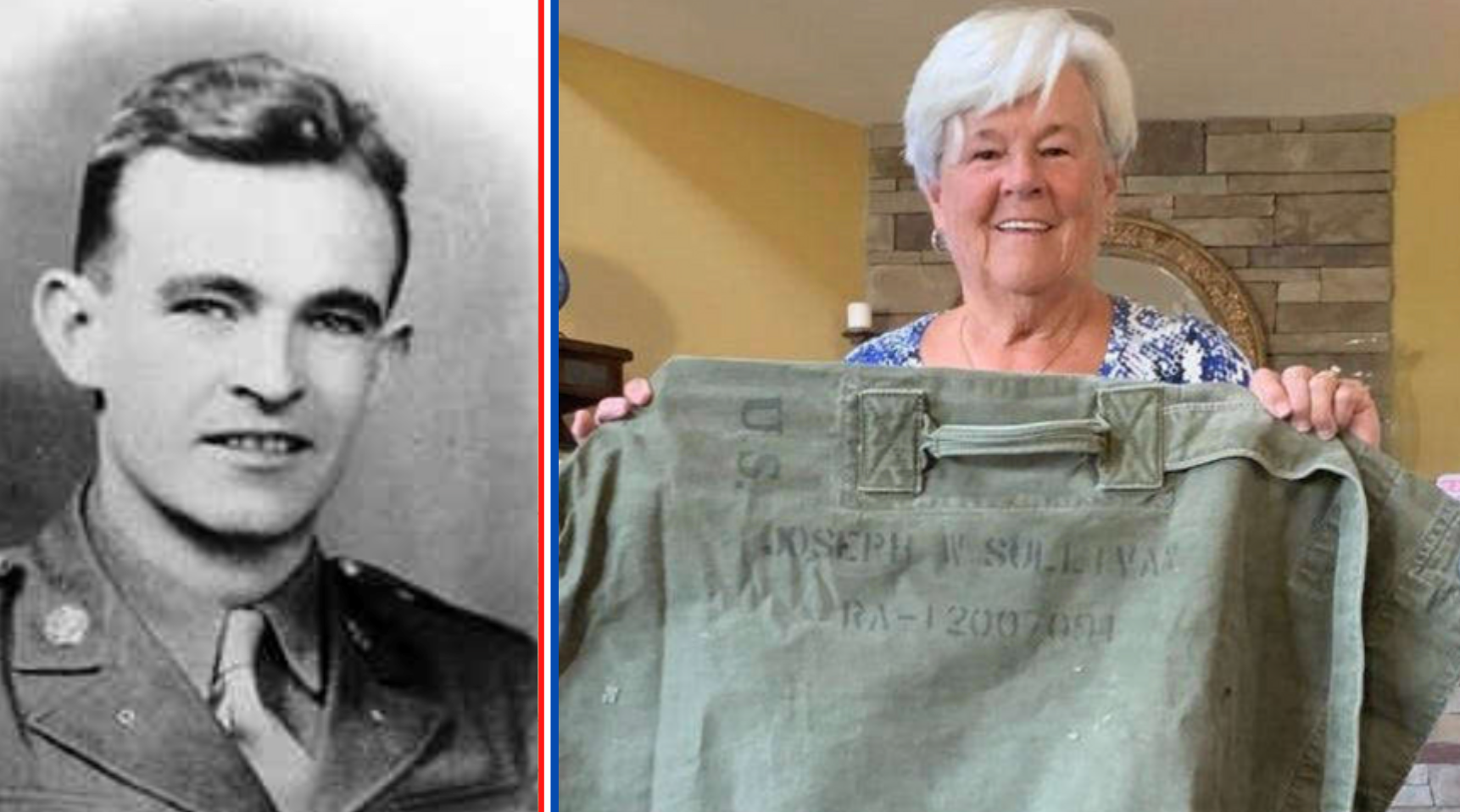 Joseph W. Sullivan served in the Army during WWII. When the Korean War broke out, the Brooklyn native left to fight his second war. He would not return home. Cpl. Sullivan was assigned to the 37th Field Artillery Battalion, 2nd Infantry Division near Kunu-Ri, North Korea when he was killed in action on November 30, 1950. His daughter, Eileen, was just four years old.

Eileen Sullivan Alber spent her life loving and idolizing her father whom she never knew. “My father died a hero trying to save people,” she said. “I have no memory of him at all except a couple of pictures. I always wanted to have something with me of him.” On her 75th birthday, Alber’s wish came true.

In 1946, Roger Goodland bought a used Army duffel bag from a surplus store. He used it for camping trips, but always wondered about the GI whose name was stenciled on it, Joseph W. Sullivan. Before the internet era, such a search was extremely difficult. “I so many times looked at that bag and wondered who Joseph W. Sullivan was,” Goodland recalled. “Before the internet, there was no way of being able to find him.”

Upon browsing the Korean War Project website, Goodland found a plea posted by Alber for anyone with memories or mementos of her father to get in touch with her. “When we found Eileen’s posting that was so touching, there was no doubt that that was where the bag needed to go,” Goodland’s wife, Alice, said. The Goodlands tracked Alber down via Facebook and sent her the duffel bag.

Alber met with the Goodlands via Zoom to express her appreciation. “My family is so grateful to you and Alice for blessing our life with this gift,” she told them. Over 70 years after her father’s death, Alber finally has a piece of him to hold on to in the form of his 81-year-old duffel bag.