The Marine Corps used to drive the Mercedes-Benz G-Class 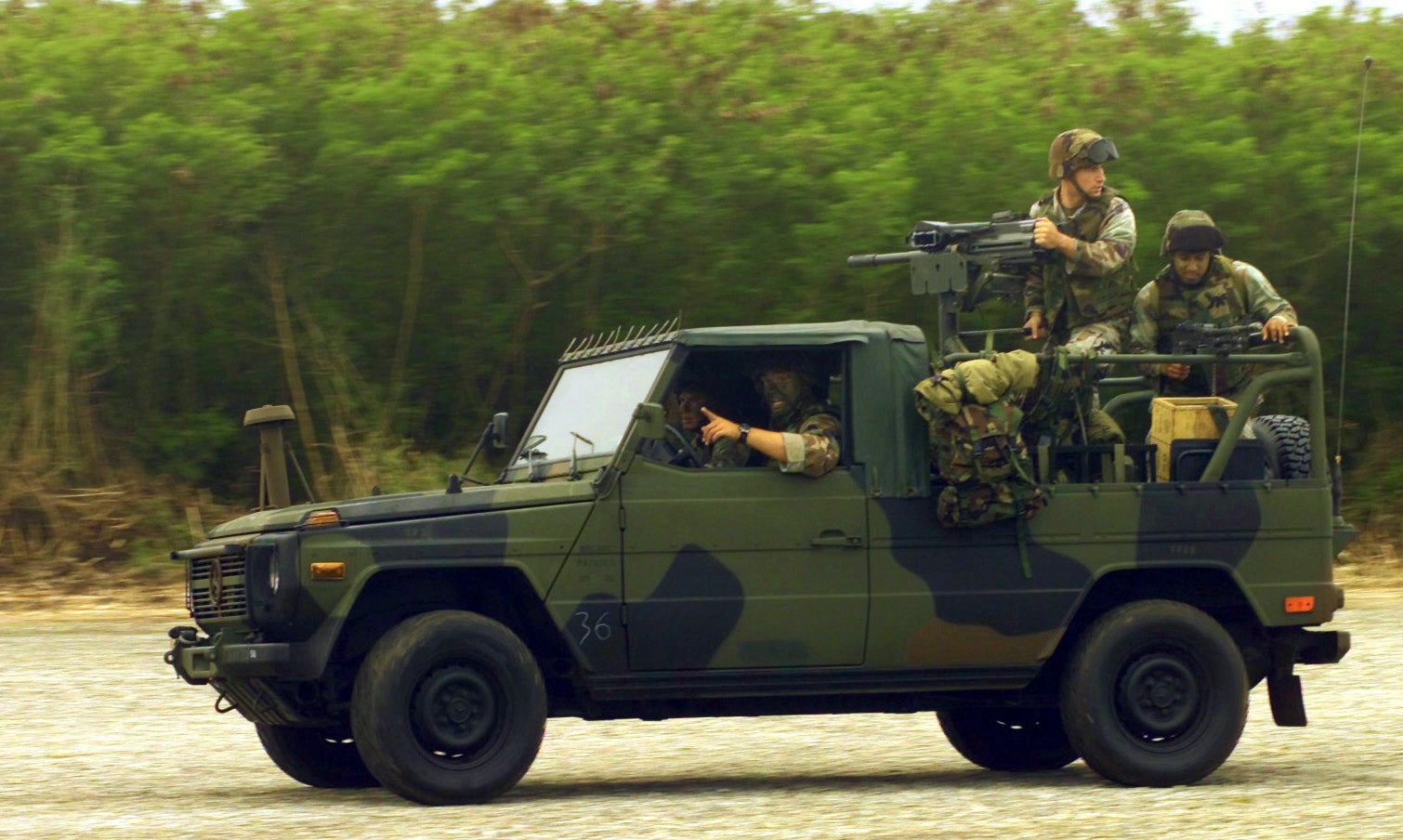 Along with Range Rovers, the Mercedes-Benz G-Class is a common sight on the streets of the Beverly Hills. Like its British counterpart, the Mercedes is a capable off-roader that has acquired a luxury status. Notable celebrity owners include Arnold Schwarzenegger, Britney Spears and Kylie Jenner. On the other end of the ownership spectrum, the G-Class has also been used by the hard-chargers of the United States Marine Corps.

In May 1999, the Corps identified a need for a Fast Attack Vehicle in its Marine Expeditionary Unit (Special Operations Capable) formations. The old M-151 Jeeps had been modified into FAVs, but MEUSOC Marines needed something new to take them into the 21st century.

Looking for a readily-available vehicle, the Corps named the project the Interim Fast Attack Vehicle. The answer they found was the commercially modified version of the DaimlerChrysler (Mercedes) MB290 GT Gelundesvagen, long bed version. However, most people know it as the G-Class or G-Wagen.

Interestingly, the G-Class started as a suggestion from the Shah of Iran (then a significant shareholder in Mercedes) for the company to develop a military vehicle. Design began in 1972 with a drivable prototype tackling German coalfields, the Sahara Desert, and the Arctic Circle just two years later.

In another surprising twist, the German military was not the first to adopt the G-Class. Rather, the Argentine Army was the first to field the new off-roader in 1981. However, they would not be the last. Since its introduction, over 40 countries have adopted the G-Class for military service.

For the Marines, the G-Class was perfect for the IFAV role. In addition to being readily available and battle-proven, the G-Class fit the tactical requirements that the Marines were looking for. The diesel 4WD drivetrain made the G-Class mobile, powerful and logistically sustainable. It could also mount the M2, M240G, Mk19, and even TOW weapon systems with a mission payload of 3000 lbs, including crew and other weapons. Moreover, the G-Class could be airlifted by the Marine CH-53E Super Stallion helicopter.

In total, the Marine Corps acquired 157 IFAVs. They were distributed to I MEF at Camp Pendleton, II MEF at Camp Lejeune, III MEF in Okinawa, the 1st Provisional DMZ Police Company in Korea, and Force Recon battalions in Iraq and Afghanistan.

In 2009, the Marine Corps replaced the IFAV with the M1161 Growler, known officially as the Internally Transportable Light Strike Vehicle. Unlike the IFAV, the smaller ITV-LSV was designed specifically for use with the V-22 Osprey. Still, it’s interesting to note the period in Marine Corps history when Devil Dogs rode in Mercedes-Benz G-Classes.