Why a Marine made the powerful drama ‘Dark Winds’ 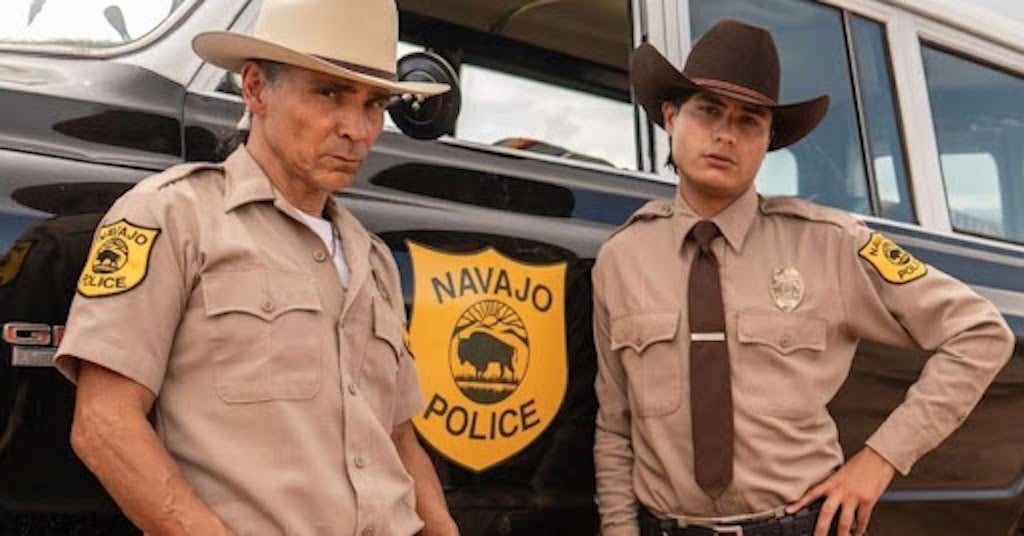 Dark Winds is an American psychological thriller television series created by U.S. Marine Corps veteran Graham Roland (Jack Ryan) based on the Leaphorn & Chee novel series by Tony Hillerman. It premiered on AMC and AMC+ on June 12, 2022, with the first season consisting of six episodes — and it was promptly hailed as a success and renewed for a second season.

Dark Winds’ powerful debut and speedy season two renewal followed by the season premieres of Reservation Dogs, Rutherford Falls, Yellowstone, and more — including the wildly popular Predator sequel, Prey — has made one thing abundantly clear: after decades of whitewashing, typecasting, and stereotyping, Native Americans are finally starting to get proper and much-deserved film and television representation.

Roland cut his teeth early in his career writing for J.J. Abrams’ Bad Robot projects like LOST  and Fringe before partnering with Carlton Cuse to create the first two seasons of Jack Ryan starring John Krasinski. Then he decided to create something a little more personal.

Roland, a Chickasaw Nation citizen, is able to bring more Native American characters to the forefront of modern entertainment with Dark Winds. While the AMC series centers on two Navajo police officers (Joe Leaphorn played by Hawkeye’s Zahn Tokiya-ku McClarnon and Jim Chee played by Kiowa Gordon), Roland shared that “there is something universal about being a Native American regardless of your tribe.”

It was important to Roland to acknowledge that Native people in the United States, in Canada, and all over the Americas still have an untold, unknown, and unacknowledged experience to share. Which isn’t to say that they’re all the same.

“Chickasaw culture, community, and customs are very different than Navajo ones, so I definitely had to do my research, spend time on the reservation, spend time with tribal police officers, and also do supplemental reading,” Roland told AMC.

Clearly, he did something right. Full episodes of Dark Winds are available to stream on amc.com (with a cable provider login), the AMC apps for mobile and devices, and on AMC+ — and season two is in the works.

While the success of Dark Winds is undeniable, there is still a long way to go before Native people can rest easy on their own lands. The harsh reality is that many Natvie people on reservations are struggling to access electricity and internet, food, running water, proper healthcare, and adequate housing after generations of broken treaties and empty promises from the federal government.

But as the entertainment industry brings more authentic Native stories to the spotlight, it opens the doors for improvement and programs like Partnership With Native Americans, a Native-led and Native-serving nonprofit that provides material aid, educational support, and community-based services to 250,000 Native people annually.Dark Winds and Native American representation in Hollywood is one pillar that helps preserve Native languages, culture, and traditions.