Memorial Day: It's not just for service members lost in combat - We Are The Mighty 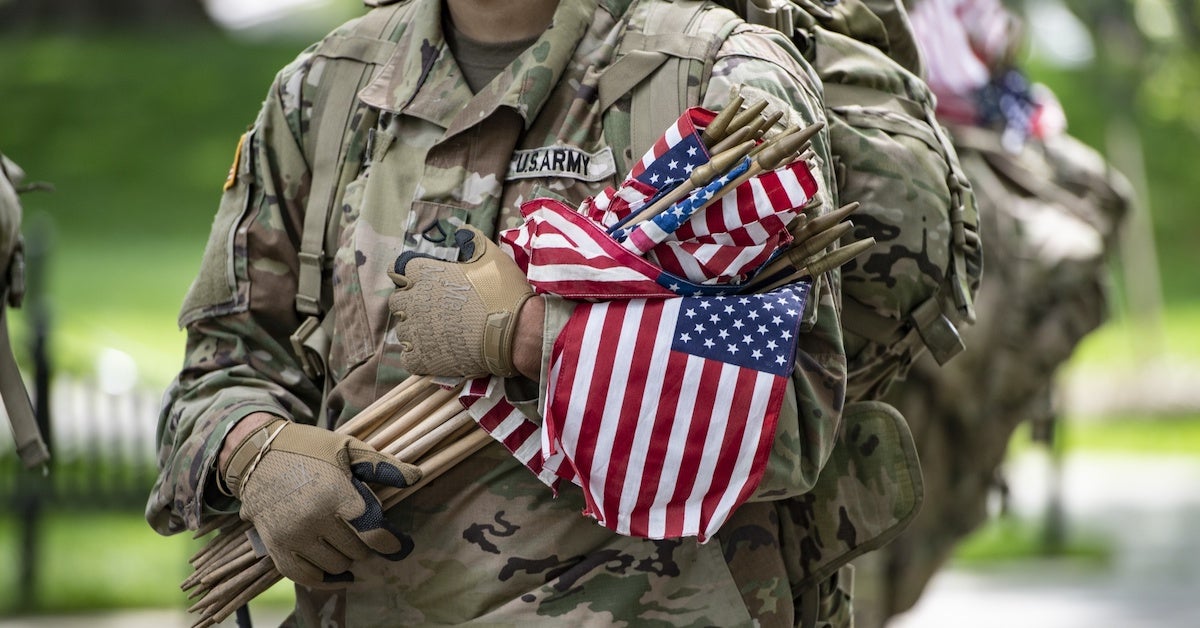 Memorial Day, once called Decoration Day, originated after the Civil War as a way to honor those who died on the battlefield. There are multiple stories in history as to where it started but the federal government officially designated Waterloo, New York as its birthplace. For a long time, each war had different days to honor the fallen. World War I would change that.

The leader of the Northern War Veterans declared May 30 as Decoration Day in 1868 in a speech at Arlington National Cemetery. It would be held on that date until 1968 when the Uniform Monday Holiday act was passed, making it the last Monday in May going forward.

But just like the country evolved to include all lives lost on every battlefield in every war on the somber day of remembrance, it’s time for us to evolve once again as a country.

Not only are we continually losing men and women to suicides and accidents, but we lose them to sicknesses associated with their time in service. Agent Orange is still wreaking havoc from the Vietnam War and now we have proof that the current war’s burn pits are creating devastating health impacts, too. Let us not forget all the implications of service.

Whether a service member dies in combat, training for it, illness or by suicide due to invisible wounds while serving this country, the loss is the same. Their family and friends don’t grieve any less or more depending on how they died. The cost and risk of wearing the uniform remains high, but it’s something they willingly do because they believe in the purpose they’re serving.

It is with this in mind that Memorial Day should truly begin focusing on honoring all service members America has lost in the line of duty and not just those who died directly in combat. This is the way that we can truly honor every single sacrifice in the name of American security and freedom, by leaving no one behind. The weight of service to the country is heavy and it’s a burden that they carry for all of us. The very least we can do is take time to remember them and sit in gratitude for what they gave up so we didn’t have to.