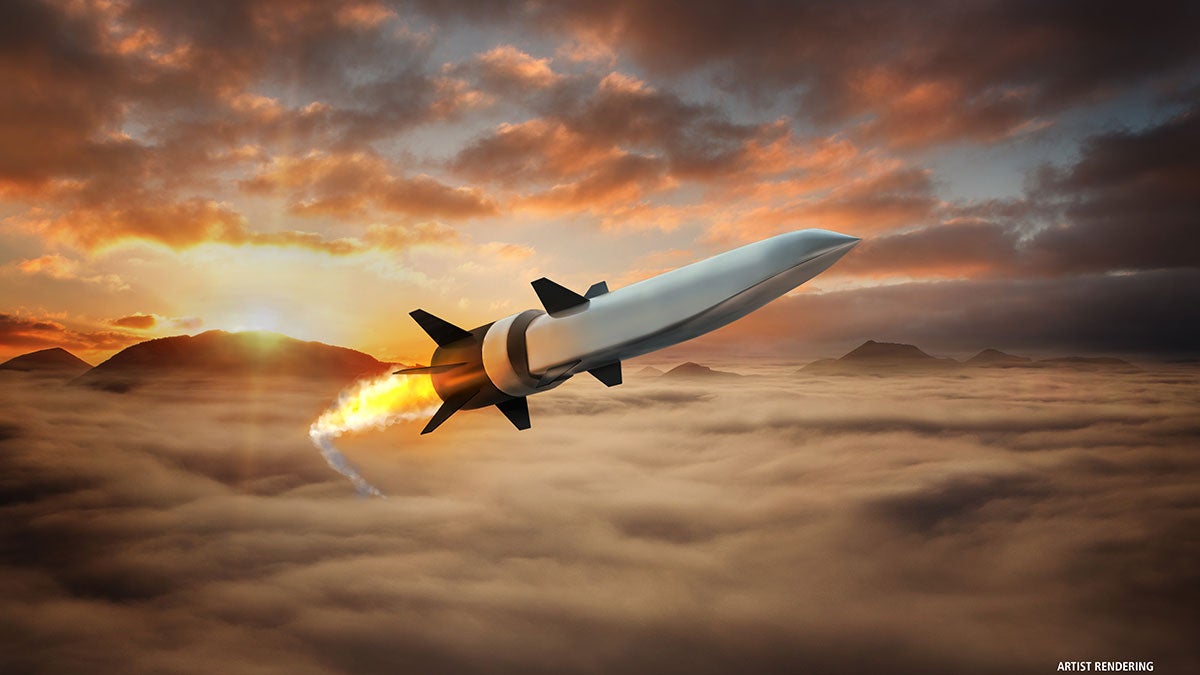 The Democratic People’s Republic of Korea is boasting a new milestone, claiming it successfully tested its first hypersonic missile, one the country says will soon be nuclear capable. It was the third round of missile launches in the month of September.

If the test is confirmed to be true, North Korea is no longer simply capable of hitting the mainland United States as well as its Pacific territories, it will also have a weapon capable of reaching targets faster and with less chance for interception.

Photos released by the North Korean state news agency KCNA show the silhouette of a missile firing into the air in either early morning or early evening hours, with bright orange flame propelling the rocket upward. The official Korean Central News Agency claimed the rocket met the stated objectives for the “detached hypersonic gliding warhead.”

South Korean officials on its Joint Chiefs of Staff believe the weapon is still in early stages of development and will not be operationally capable for some time. The test was detected by Japanese and South Korean military assets as North Korea fired the missile into the Sea of Japan.

The United States military said the test was just one more factor contributing to “the destabilizing impact of (North Korea’s) illicit weapons program.”

In January of 2021, North Korean dictator Kim Jong Un listed the development of hypersonic missile technology as a technological goal for the North Korean military, and the Korean Central News Agency described it as a “strategic” weapon. The test also revealed North Korea is capable of using liquid fuel for its rockets, which means they could now be on an alert status for years to come.

North Korean officials said the liquid propellant technology would soon be adapted to all North Korean missiles, giving all of them the same potential for being at the ready in case of an attack. While that might seem like a strategic deterrent for the United States and its allies in the region, liquid fueled missiles can be more vulnerable because they need to be fueled separately and moved by truck to launch sites.

Movement of these kinds of missiles can be detected via satellite or other reconnaissance technology, which could give an indication that a test or attack is imminent. The reason for the switch, some say, is because North Korea wants to make its missile force more mobile and less of a sitting duck.

The missile test comes at a time of increasing tensions between the United States and North Korea. The North Korean envoy to the United Nations accused the U.S. of being openly hostile towards the country and its regime and demanded President Joe Biden end America’s annual joint military exercises with South Korea that prepares allied troops on the peninsula for a North Korean attack.

North Korea also demanded the Biden Administration put an end to deploying new strategic assets inside the Korean Peninsula.  The North is using its weapons tests and overtures to the South Korean government to gain concessions in international relations. There have been no new developments in denuclearization on the Korean Peninsula since February 2021, when the North demanded sanctions be lifted.

Despite the mixture of peace offerings and weapons testing, the North Koreans are still at a disadvantage in negotiations for sanction relief. Its economy has been battered by border closures related to the Coronavirus pandemic and the usual decades of economic mismanagement.