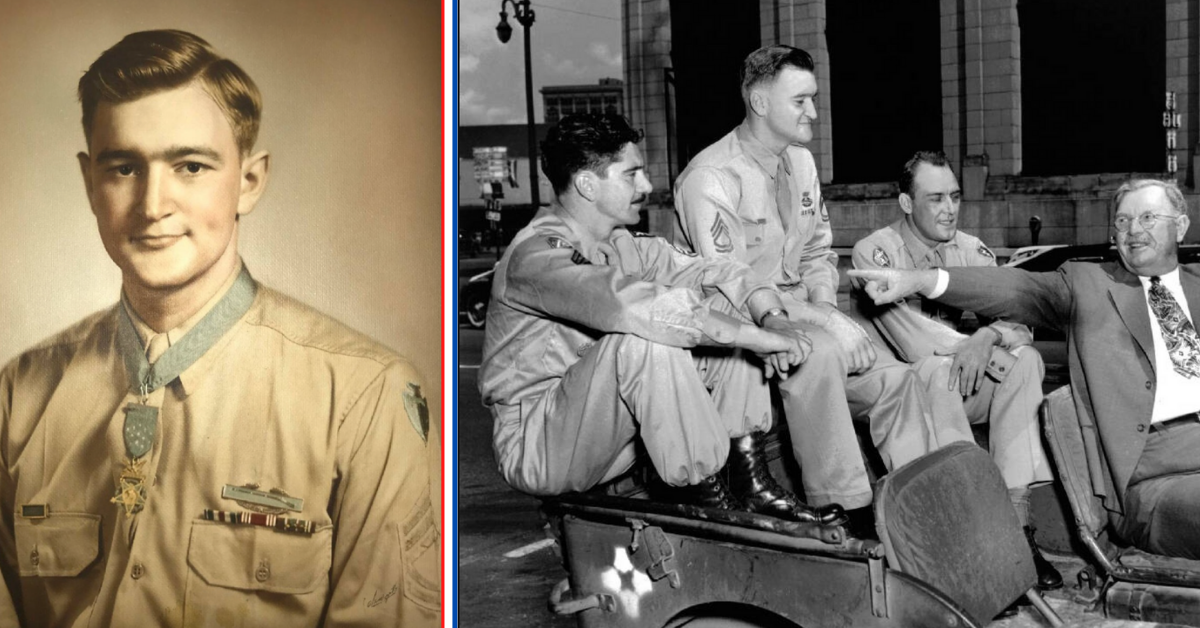 Charles H. Coolidge was the last living recipient of the Medal of Honor from the European theater of World War II. On April 6, 2021 at 99 years old, he died peacefully surrounded by his family.

A Technical Sergeant who was drafted into the Army on June 16, 1942, the Medal of Honor wasn’t his only recognition. His unit was shipped overseas to support the North Africa campaign in 1943. While serving as a sergeant and a machine gun leader during a battle in Italy, he was awarded the Bronze and Silver Star for his actions above the call of duty. The sense of honor and devotion appears to have been ingrained in him from his own father who continued paying his workers despite hardship to his own family during the Great Depression.

The qualities of servant leadership and kindness to others would follow Coolidge in his next fight.

In 1944, he found himself in a leadership position with the 36th Infantry Division, guiding a group of 12 machine gunners and rifleman platoon soldiers in France. Charged with the mission of covering the right flank of the 3rd Battalion, his platoon ran into Germans in the woods. With no officer in charge, Coolidge steadily took command. Reports indicated he attempted to bluff his way through it by demanding their surrender by inflating their numbers and force capability.

One of his men spoke German, so he had him communicate and attempt to negotiate their surrender. Coolidge saw one of them line up his rifle to shoot his soldier, so he pulled out his own weapon and shot him, saving the soldier’s life. When another German managed to wound that soldier in the arm, Coolidge dragged him to safety. Following that heroic rescue, it was on.

After four days of fighting in the cold and rain, on October 27, 1944, Coolidge not only held command but his leadership and calm throughout the relentless battle saved lives. Though he continued to try to radio the battalion for help, none came. Then, the Germans showed up with their tanks.

Not only did he walk the line with no regard for his own safety, but on that final day, he armed himself with a bazooka and went toward the enemy and their tanks. When his bazooka failed, he threw it aside and used his grenades, crawling on his stomach alone and launching them at the enemy. Reports indicate that he recognized that the enemy force was too much for his company and would soon overtake it. With that same calmness, he coordinated an organized withdrawal. Coolidge was the last to leave, with no man left behind and all of them alive.

On June 18, 1945, Coolidge was awarded the Medal of Honor for his leadership and bravery to go above and beyond the call of duty. “My first concern when I was a platoon sergeant was my men,” he told the Congressional Medal of Honor Society. “I didn’t care what happened to me, but I wanted to protect my men, under any circumstances. I always referred to them as my men — not anybody [else’s], not the company’s. “They were strictly my men, and I’d do anything for them.”

“As a result of TSgt. Coolidge’s heroic and superior leadership,” the citation concluded, “the mission of his combat group was accomplished throughout four days of continuous fighting against numerically superior enemy troops in rain and cold and amid dense woods.”

It’s interesting how the world changes complexion,” he later told the Nashville Tennessean. “And what you do to survive.” After the war, he went home to Tennessee. He married and had three children, one who would go on to become a Lt. General in the Air Force.

The loss of Coolidge is felt deeply throughout the country and military community. His death leaves one remaining World War II Medal of Honor recipient, Hershel W. Williams, 97, who was recognized for his bravery as a Marine Corps Corporal on Iwo Jima. To honor them and others, we must continue to share their stories of heroism and devotion to duty. For without them, we wouldn’t be here. Never forget.