How 'Casablanca' gave Americans hope during WWII - We Are The Mighty 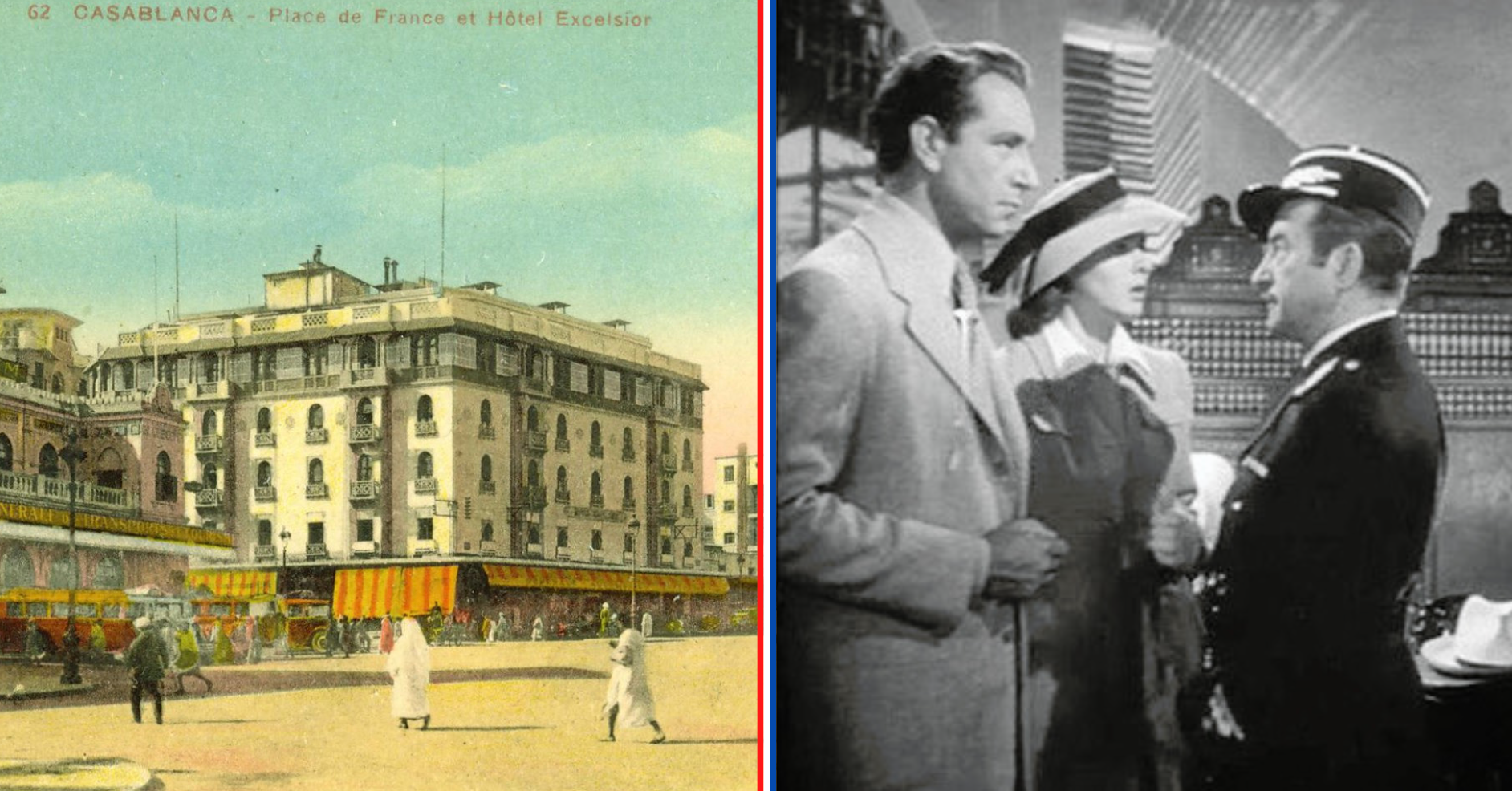 It is considered by many to be the greatest film ever made. Dipped in World War II drama, and sprinkled with espionage and compelling characters, Casablanca is a favorite for those wanting the perfect movie on a rainy night.

Perhaps the most interesting aspect of the film, however, is the fact that tons of viewers today have no real idea of the context unfolding over 102 minutes. It’s a romance, sure, and memorable actors add to the mood. Yet do we understand the history of that time, as it relates to an exotic locale in Morocco?

The film is set in the major port city in the country of Morocco, in the early days of World War II. The region at the time was under the control of the pro-Nazi Vichy regime, a French-based puppet government. Claude Rains brings perfection to the role of Vichy police captain Louis Renault. His main chore is keeping his German handlers happy.

Bogart of course dominates the film, as American expatriate Rick Blaine, who operates a club drenched in atmospherics. Ingrid Bergman’s turn as Ilsa Lund provides the foundation for one of cinema’s great romances; she is loved by two men and audiences for 80 years still in some way wonder which one she’ll end up with!

The perfect cast is enhanced by Paul Henreid, Sydney Greenstreet and Peter Lorre.

The complicated plot of the film noir classic The Maltese Falcon helped make Humphrey Bogart a star. Imagine following that hit up with the iconic Casablanca! It was a high-water mark for the cast, including its stars.

But it is the real-world implications that make Casablanca such an important film, 80 years on. Blaine, appearing indifferent to the war, reveals himself in the end to be a patriot and a willing opponent of the Nazis. During a scene with Sam at the club one night, his piano player and friend urges him to forget Ilsa, who has just walked back into his life. Rick notes that it’s December 7, 1941…in the real world that is the “date that will live in infamy,” the surprise sneak attack on Pearl Harbor by the Japanese.

That searing event brought America into the war, against the Axis powers—Germany, Italy and Japan. Think of it, when the film premiered in America in January, 1943, it was still early in the war. No one knew how it would end.

German actor Conrad Veidt, playing Nazi officer Major Strasser, is a central casting-type villain, but did you know that in real life, Veidt was a staunch anti-Nazi? He and his family left Germany just as Hitler was coming to power in 1933 (check out his turn in The Man Who Laughs, as a disfigured man Google an image of Veidt and see how he was the inspiration for Batman’s Joker!):

When Casablanca was released, Europe was in the grip of Hitler’s hordes, and badly in need of hope. For its singular conclusion, director Michael Curtiz added a dash of hope that Germany would be defeated. In fact, of course, that’s exactly what happened more than two years later.

In early 1943, America was just beginning to engage the Nazis in North Africa. Russia was pushing westward to confront Germany, and the U.S. Navy was regaining its footing in a big way in the Pacific. A nervous world was watching existential moments unfold in real time.

As movie audiences watched exotic images flicker on the screen, they were stirred with the feeling that the war would in fact have its own Hollywood ending.

It was the beginning of a beautiful friendship.