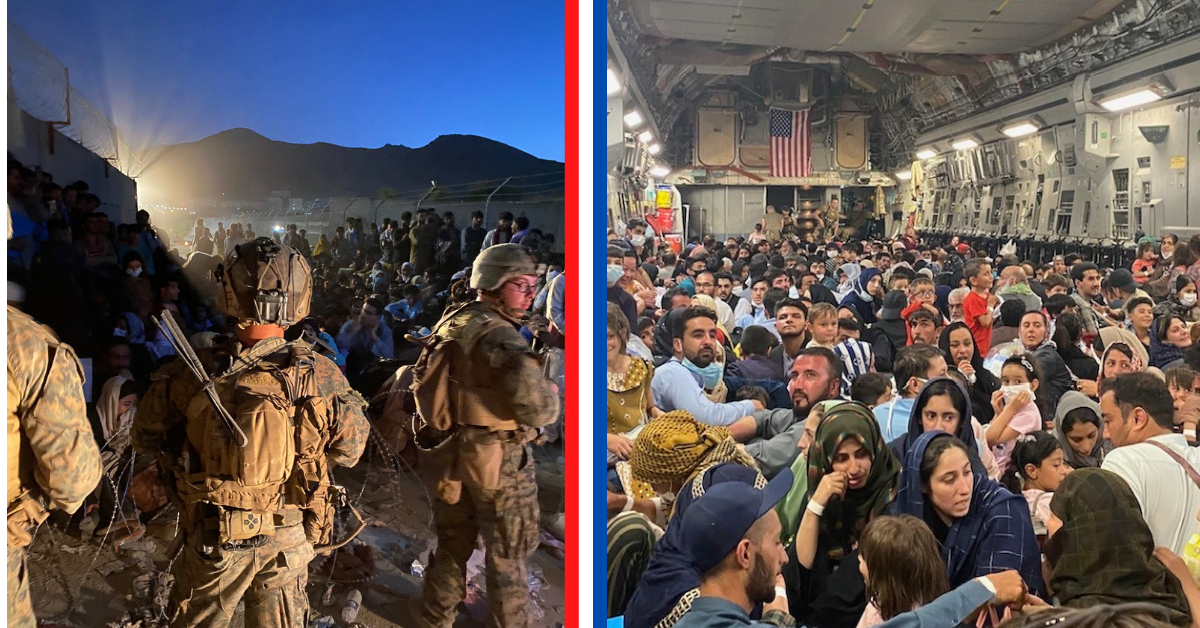 The final days of troops on the ground in Afghanistan ended with a suicide bomber taking the lives of 13 service members and over 100 Afghan civilians. Less than 30 days later, the United States news media had stopped covering the still on-going humanitarian crisis, appearing to forget those left behind.

Save Our Allies won’t let them.

Founded by Chad Robichaux and his interpreter, its mission is to rescue allies, American citizens or Resident Aliens from Afghanistan and resettle them here in the U.S.

Nick Palmisciano is a 1998 graduate of West Point and went on to serve six years on active duty as an Infantry Officer (and Ranger) before leaving the Army as a Captain. He’s also the Vice President and one of the four founding board members for SOA. Palmisciano was also one of the 12 men with SOA on the ground during the final days of the war in Afghanistan.

His reaction to being asked to go to Afghanistan to help was disbelief, he said. Believing himself “too old”, Palmisciano said he left it up to his wife to decide. “That’s where I learned my wife wants me to die,” he laughed.

All joking aside, he was on a plane 36 hours later. The work was immediate. “Two hours after landing we were running outside the wire grabbing people,” he shared.

Stateside, Sarah Verado was working through the manifests and clearing individuals through Washington. For her, the mission was personal. “I am a caregiver of a catastrophically wounded veteran,” she explained.

The team worked for 10 days without sleep, hardly stopping to eat. “On the ground it was the worst thing I had ever seen. There were women throwing their babies over the wire,” Palmisciano said.

As he took off with a group of rescued allies on one of the planes, the bomb went off at Abbey Gate at Kabul International Airport. Shock, heartache and anger ran through the group, Palmisciano said, but they kept moving, unable to stop and grieve until those in their charge were safe.

After returning to the states, the team was reportedly asked to stand up SOA as a nonprofit and continue the work. Over six months later, it is still working to rescue stranded Americans and allies.

“I don’t want to do this for the rest of my life, I want the mission to be complete. It’s really challenging because the State Department and the administration – everything’s politics,” Palmisciano said. “It’s unprecedented in American history and war, how long they fought with and for us. These are men and women who quite literally who not only went into the fight but jumped on grenades for us.”

Though navigating the work has been challenging, he was quick to credit the legislators who’ve championed the cause of continuing the rescue work in Afghanistan.

Though there was a signed agreement of peace with then-President Trump and the Taliban in February of 2020, the fear of resumed terrorism still looms for much of the world. As for life for those left behind in Afghanistan, on-going reports of “forced disappearing” and human right violations have run rampant.

“We worked with a host of NGO partners, neighboring countries and we were able to evacuate about 70,000 people [as part of a combined effort] from Afghanistan,” Verado shared. “Here in the U.S. we were able to resettle them in a really dignified and meaningful way while also giving veterans an opportunity to find some healing around the trauma of Afghanistan.”

Today, the organization continues to rescue those still trapped in Afghanistan while supporting resettlement here in the United States. SOA has also begun programming to support the troops who were on the ground during the humanitarian crisis and Abbey Gate bombing.

“We’re looking at making this more sustainable to make sure we can continue to evacuate. There are still Americans and allies in Afghanistan. We can’t leave these Afghan allies, our friends, those who served beside our military for the last 20 years,” Verado implored. “We know we can really weave them into the fabric of the veteran community. There’s healing in this work, for all of us.”

To learn more about Save Our Allies, click here.