3 most haunted places in war-torn Afghanistan 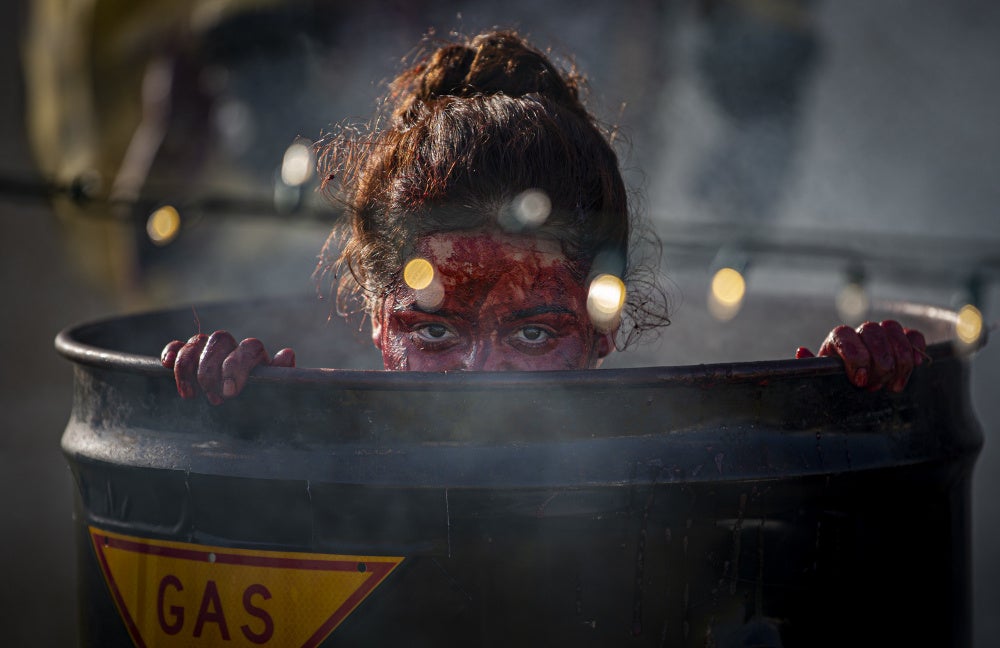 Places of anguish, death and chaos are magnets for paranormal activity. Locals living near battlefields of the past bear witness to lights and chills in the darkness. Spirits echo through time on an infinite loop imprinted on the fabric of time. Filled with ancient bones and soviet phantoms, Afghanistan itself is a nationwide graveyard. U.S. troops stationed abroad have reported experiencing unexplained phenomena on their tours in the barren wasteland.

1. The haunted Military Outpost of Observation Post Rock in Afghanistan

Afghanistan’s notorious Helmand Province is plagued with the sounds and sights of the paranormal. Before Operation Enduring Freedom, The Rock or OP Rock, was a crumbling mud-fort controlled by the Taliban. The Rock’s elevation is a defensive advantage and thus an ideal place to establish a base. While it resembles a rock, it is not one. The locals claim that rebel fighters were buried alive during a missile strike during the surge. However, some of the bones are ancient and believed to be from hundreds of years ago. Since recorded history of the site is near impossible to find without the help of expert archeologists, whom will not set foot into a warzone, we may never know the stories of the dead.

Soldiers described seeing strange lights, hearing strange static on the radio, seeing sudden temperature swings from hot to freezing, hearing lights and voices in the night, and having a creepy, uneasy feeling. Several Marines posted there said someone or something was keeping an eye on them. Several people said they heard Russian sounds in the darkness. The smell of rotten flesh is a characteristic of poltergeist hauntings. Marines stationed at the base claimed to smell decaying flesh at random times during the night.

2. The village of Najeeban is a literal ghost town

The village of Najeeban was full of anti-American sympathizers who actively aided and abetted the Taliban. In 2012, Army Staff Sergeant Robert Bales allegedly suffered from a mental psychosis brought on by the anti-malarial drug mefloquine. He testified that before he went on a murder spree, he was experiencing hallucinations and flashing lights. What he failed to mention, until a year later during a sentencing agreement, was that he was also under the influence of alcohol as well. He went on a rampage, slaying 16 civilians and setting their corpses on fire. Locals abandoned the village due to the trauma, superstition and labelled one house a holy place called ‘Shrine of the Martyrs’. Now empty, it serves the dual purpose as a ‘a place where prayers can be answered’ and a piece of propaganda for insurgent recruitment.

The base’s location lends itself to ghost stories already, with an ancient Afghan graveyard on its outskirts, guarded by two large watchtowers. Indeed, these towers are claimed to be haunted by the ghost of a little child, who is said to be heard or seen wandering around the buildings or the surrounding city. Civilians unfortunately are the biggest casualty in warfare — modern or ancient. For some reason the specters of children are creepier than those of adults. Perhaps it’s the loss of innocence or their willingness to cling to a world they are not ready to leave.

Even though no specifics of the mysterious ghost could be seen. She was there and then she was not. Sometimes the pitter pater of tiny foots steps would run un behind you and vanish. Toughened Marines were reportedly reduced to tears and refusing to return to the tower after the incident. Other troops heckled the Marines until the little girl came to visit them on night watch. It’s all fun and games until the spirits show up.