27 nations and over 30,000 troops to participate in DEFENDER Europe 21 - We Are The Mighty

27 nations and over 30,000 troops to participate in DEFENDER Europe 21 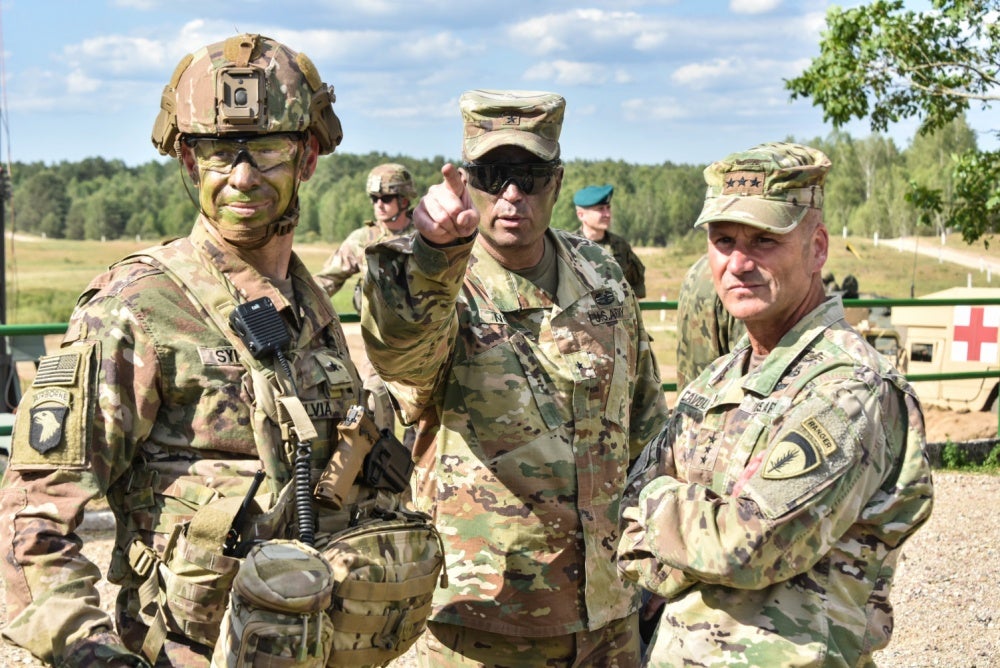 U.S. Army Europe and Africa will organize and host the most significant military exercise in Europe this year. Last year’s pandemic restrictions might have caught most militaries off guard, and certainly had an enormous impact on the DEFENDER Europe 20. However, this year’s exercise includes a COVID prevention and mitigation strategy. DEFENDER Europe 21 kicked off in March and will last until June in an activity that consists of 27 nations and over 30,000 troops from Europe and North America.

DEFENDER Europe is a yearly exercise planned and led by U.S. Army’s Europe and Africa Service Component Command. It is a joint and multinational exercise designed to strategic and interoperability readiness between NATO, U.S. and partner militaries. Although last year was a success, this year’s increased participation and widened geographical posture will further test the integration of air, land, sea and cyber capabilities.

The multi-domain nature of modern warfare will be tested by significant participation of the U.S. Navy and the U.S. Air Force as air and sea routes will be utilized and tested to connect allies across Europe, Asia and Africa. Existing and new sophisticated assets such as air and missile defense equipment will be tested to ensure partner interoperability. The recent merger of United States Army Europe and the United States Army Africa into one service component command aims to increase the capability to conduct joint, large-scale and multi-domain operations.

The recently reactivated V Corps will also lead the charge in readiness and interoperability both at the operational and tactical level. The Forward Command Post is located in Poland, and it will control the rotational forces in Fortress Europe and operational command and mission control. The exercise will include U.S. Army’s Security Force Assistance teams who provide training and assistance to partner nations at lower echelons.

Logistically, it will be one of the most challenging exercises conducted with five logistic centers located in four countries. The use of naval routes will be done through five ports with over 1200 pieces of equipment transferred from the U.S, while the only Joint Logistics Over-the-Shore operation will be conducted in Albania. The U.S. Army will have three Prepositioned Stock sites in the Netherlands, Germany and Italy, with over 1000 pieces of equipment being drawn.

What makes this year’s exercise complex and challenging is the fact that it consists of five other exercises:

A combination of different exercises in size and nature, with some of the events co-occurring in over 31 training areas around Europe, sends a clear message to any threat. While DEFENDER Europe 21 is defensive in nature, it can quickly shift to any other type of operation in response to any crisis in Europe, the Caucasus, Ukraine and Africa. Although Russia remains the most significant threat in Europe and around Europe, the exercise also aims to provide strategic security partnerships to the Western Balkans and the Black Sea regions.

The commanding general of the V Corps, Lt. Gen. John Kolasheski, is excited for his corps’ opportunity to cooperate with European allies in deterring NATO’s threat. “DEFENDER Europe 21 is a critical exercise that will provide V corps with another great opportunity to build readiness in our march towards full operational capability and promote interoperability as we work alongside allies and partners,” he said.

The Russian annexation of Crimea and other parts of Ukraine back in 2014 was a wake-up call to Western Allies and its NATO-chartered grouping. The increased U.S. posture of forces and U.S.-led exercises are seen as the mechanisms to deter and prevent any additional attempt by Russia to destabilize the Old Continent. This year’s exercise will reaffirm the determination of the U.S. and its European NATO allies after a turbulent year marked by the global health crisis.

As expected, this year’s exercise will include strict COVID prevention and mitigation measures consisting of pre-deployment virus testing and quarantining. Such insistence only reaffirms the U.S.’s resolve to provide strategic support and interoperability to NATO and partner militaries, regardless of the widespread infections. Such an approach will undoubtedly give much-needed reassurances after an absent NATO summit in 2020. One thing is for sure, without long-term stability and peace in Europe, the U.S. cannot even begin to battle the military threats posed by Russia and China.