Germans helped U.S. troops save this Austrian castle during WWII -

Germans helped U.S. troops save this Austrian castle during WWII 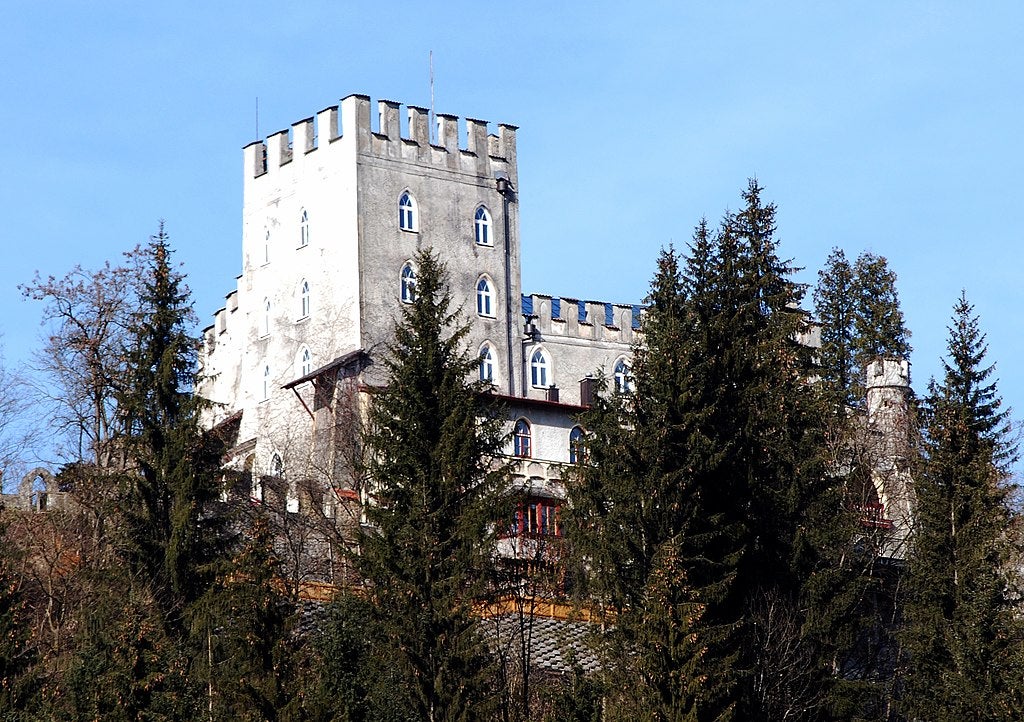 Called “the strangest battle of World War II” is the Battle of Castle Itter. Staged at a beautiful Middle Ages-era structure in the Austrian Alps came a fight like we’ve never seen — when the Americans and Germans fought for a common goal. Despite being enemies in WWII, these sides teamed up in order to help save recently released French prisoners, as well as this longstanding castle.

The battle included military forces from: the U.S.’s 12th Armored Division, Wehrmacht soldiers who had defied orders and remained in Austria, along with the former prisoners of war from France. Together the group fought against the 17th SS Panzergrenadier Division, a German Waffen-SS division, who attacked Castle Itter, or Schloss Itter, in North Tyrol.

The castle during WWII

As early as 1940, Germany took control of Castle Itter with an official lease with the structure’s owner, Franz Grüner. However, in 1943, Germany took it forcefully, turning it into a prison camp by April of that year. It was managed by nearby administrators of the Dachau concentration camp.

Castle Itter is notable for housing valuable or high-profile prisoners from France, including prime ministers, military hierarchy, and even a tennis star. Other prisoners were also held at the camp, including those who were brought in strictly for labor. This combination is said to have helped the castle remain in working order while providing a leg up in potential negotiations, citing high-profile prisoners as leverage.

On May 3, 1945, the prison’s commander, Sebastian Wimmer, sent a prisoner on an errand. Wimmer penned a letter in English asking for help and directed the prisoner to hand it to the first American they saw. The prisoner did not return, and Wimmer, fearing for his own life, abandoned the castle, with SS guards also leaving post shortly after. This allowed for prisoners to take control of the building, using remaining weapons to arm themselves.

The following day, American forces were scheduled to come in and perform a rescue mission on the prisoners and the castle itself. However, unaware of these events, the French prisoners sent another messenger for help. By bicycle, their messenger reached the Austrian resistance, which was made of “roaming Waffen-SS troops.” These soldiers had ignored their order to retreat and instead, formed their own resistance.

By having asked both sides for help, on May 4th, Americans and Germans alike fought alongside one another to the castle’s freedom. Despite heavy fire and a small team of soldiers, they won and sent the French prisoners home.

Takeaways from the battle

American leader, Captain John. C. “Jack” Lee was awarded a Distinguished Service Cross for his efforts. However, Josef “Sepp” Gangl, leader of the Austrian resistance was killed in the battle from a sniper shot. He was attempting to move the French Prime Minister from shooting range when he was shot with a rifle. Gangl was named as a national hero in Austria, and a street was named after him in Wörgl.

Further adding to the strangeness of the war, it was fought only days before Germany surrendered. This meant that the then-free prisoners of war returned home after the war had ended, due to the length of time it took to return to France. Even though they were freed while WWII was still ongoing.

Want to learn more? A book, The Last Battle: When U.S. and German Soldiers Joined Forces in the Waning Hours of World War II in Europe, by Stephen Harding was released in 2013. Harding, a historian, details the events of the battle and its effect on history. A French film company picked up the rights but has yet to release a date for its adaptation.