Strange military vehicles you never knew existed - We Are The Mighty 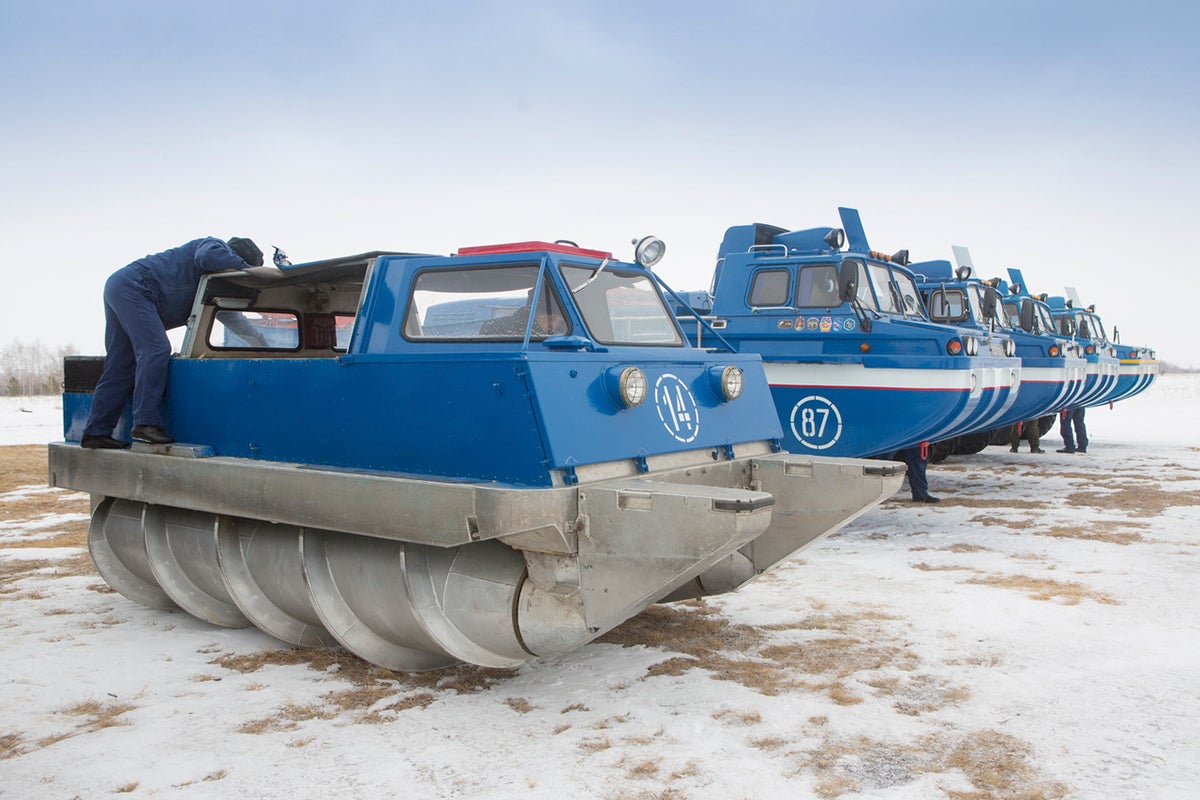 If you think tanks look strange in a convoy, you ain’t seen nothing yet. The military has created some seriously strange, yet useful, vehicles in its vast history. The United States, Germany, France, and beyond have all invented some unique designs on wheels. Whether used to transport, bring in weapons, or simply confuse the enemy, take a look at these little-known and extremely strange vehicles that were used in militaries of the past.

Where a tricycle meets the tank. The Kettenkrad was actually half motorcycle, half tank and steered by turning its handlebars. The compact vehicle was used by the Nazis during World War II to manage tough terrain. It was originally intended to serve as an off-roading vehicle that was light and maneuverable enough to fit into small places. It soon found success and was recreated to the tune of more than 8,000 vehicles.

After the war, the vehicle was continued in agricultural use, until they were discontinued in the late 1940s.

In 1899, the British Army ordered an armored vehicle that they could take into war. This massive, 28-foot-long prototype was created, complete with 6mm-thick armor and a single, four-cylinder engine. With two guns on deck, the vehicle required a team of four men and drove at a max speed of 9 mph. Another prototype was made but the model never took off.

Imagine a normal Vespa, but with a giant rifle affixed to it. That’s the gist of the 150 TAP, which was named for its 150cc motor. The rifle was a 75mm Mk 20 recoilless version, which was placed through the cycle’s front dash. These specialty Vespas were used in the 1950s in the Algerian War, specifically to attack guerillas, who were known to appear without warning. The guns could shoot nearly four miles (!) and could reach through 100mm-thick armor.

Roll your way into battle with this one-man tank that was made for exploratory missions. Used by the Nazis during WWII, a model was also obtained by Japan, who later used the device. Not much is known about the Kugelpanzer, as plans or records for it were later destroyed.

There is much speculation if it was used to move forward into no-man’s-land during the war.

Also known as “The Rolling Tank,” it was equipped with 5mm armor and was powered by a slow-moving two-cylinder engine.

Sure, the ability to travel on any surface sounds great, but in reality, it may not be all that practical. That’s what a group of Russian scientists found out when they invented the ZIL-2906 in the 1970s. Rather than wheels, the vehicle moves with two large rotating screws that propel it forward on land, ice, and even water, including wetlands.

However, when on land, the vehicle scrapes up the road and can only travel at a max speed of 3 mph. On water, it can move slightly faster, at 9 mph, and nearly 30 mph on snow.

Despite its shortcomings, the vehicle provided the ability to Russia to navigate tough terrains by loading the 2906 onto a wheeled vehicle and then deploying it once the hauling vehicle could no longer pass tough areas.