10 things you never knew about M*A*S*H 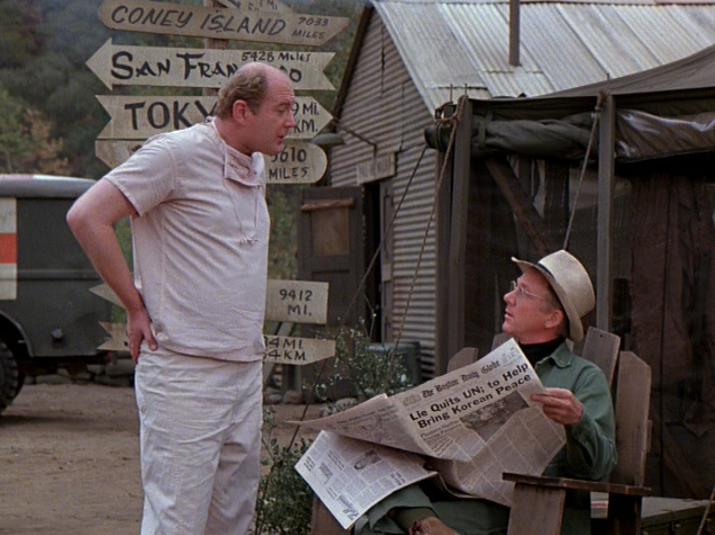 Serving as one of the most well-known military-based television shows of all time, today M*A*S*H is a household name. Short for Mobile Army Surgical Hospital, the 11-season show followed Army surgeons during the Korean war as they saved the day through patients’ lives and viewers’ hearts. M*A*S*H was also a movie before it ever made it to TV and earned the title of the most-watched finale of all time.

Whether you’ve never seen the series or are a die-hard fan, there’s no denying the way it paved for military understanding in everyday life. Take a look at these little-known facts of M*A*S*H:

The book, MASH: A Novel About Three Army Doctors, was released in 1968 by Richard Hooker and writer W.C. Heinz. Hooker was the pen name of H. Richard Hornberger, a real-life Army surgeon who served in the Korean War. Hornberger wanted to share his stories, which were then put onto the big screen and turned into the iconic TV show.

The character of Maxwell Klinger, played by Jamie Farr, was originally supposed to be in a single episode, playing a gay service member. Writers decided to change his character to a heterosexual crossdresser who was trying to earn a ticket home for his antics. Supposedly the bit is based on a joke by Lenny Bruce, who claimed he got kicked out of the Navy.

Klinger made it for the duration of the series, even showing up in a spinoff, AfterMASH.

Apparently, early in the show, actors provided ample — and loud — notes about their characters and scripts. The show’s writers got creative and had actors wear heavy coats on days it was 90-100 degrees in Malibu, where characters huddled around a fire. After these winter scenes, the suggestions magically stopped.

Main character, Trapper John MacIntyre was played by Wayne Rodgers. The actor wished to leave after season three, but the network bit back saying they would bring a lawsuit for breach of contract. The kicker? Rodgers never signed one. He objected in early days to the paperwork provided, and it was never updated for him to sign. The actor was able to leave with no binding legalities.

Alan Alda, who played Hawkeye Pierce and Trapper John McIntyre, played by Wayne Rodgers, B.J. Hunnicut by Mike Farrell, and Maxwell Klinger by Jamie Farr, served time in the U.S. military in real life. Alda served in the Army Reserves, Pierce in the Navy, Farr enlisted, and Farrell was a Marine.

At the time, writer Larry Gelbart had left the U.S., citing that he’d grown tired of Hollywood. However, when contacted to write M*A*S*H, he said he had to take the chance. Gelbart wrote the pilot episode in just two days and was paid $25,000 for his work — in today’s value, that’s over $150,000 for a single episode. He went on to write for the duration of the show.

Despite being a drama, and objections from show creators and actors alike, CBS forced the show to use a laugh track. The main argument was that all comedies of the time used it. Actors even said it was a distraction, covering up lines and making it hard to follow more dramatic scenes. The track was omitted when reruns began playing in the U.K.

At the season’s end, Sesame Street gave a nod to the show by gifting Big Bird with a teddy bear named Radar. The character of the same name had his own teddy bear on the show. It’s said that one of Sesame Street’s main puppeteers was a huge fan of the show, prompting the addition to the storyline.

If you watch closely, you’ll see actor Gary Burgoff, AKA Radar hiding or lowering his left hand in many episodes. This is due to a slight deformity that he wanted to keep off camera throughout the duration of the show.

Today it’s not uncommon for cussing to take place on TV. At the time, however, it was rare and many phrases were simply not allowed by networks. M*A*S*H was the first show to use the term “son of a bitch,” making waves with its colorful language.