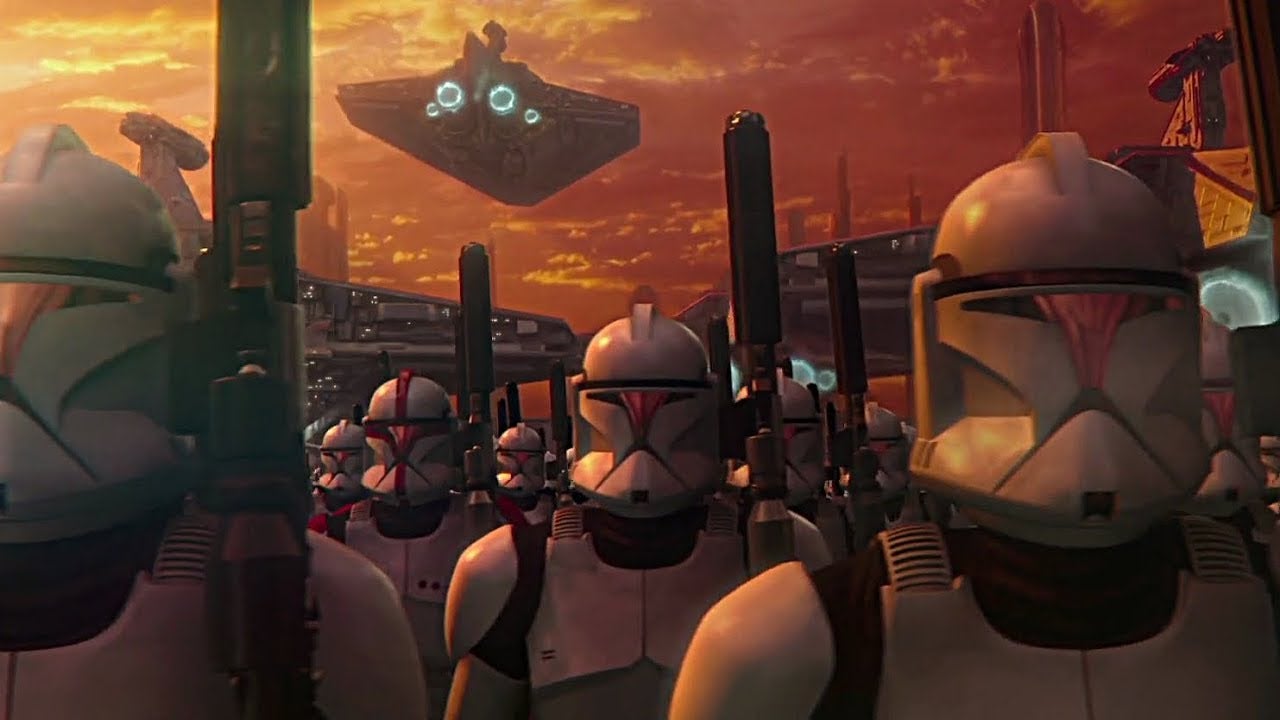 Star Wars is a cultural phenomenon with few rivals in the United States. Fans have often dreamed of flying in a starship or picking up a blaster and fighting alongside clones. Especially in the military, there are plenty of troops who look at Star Wars vehicles and think, “This job would be so much cooler if we had those.” To start, we don’t really talk about the sequel trilogy. And of course, the Imperial military was retooled from a fighting force to an occupying force, the Rebel Alliance was basically a terrorist organization and the Confederacy’s droid army was…well, mostly droids. So, for this list, we’ll be taking a look at the Grand Army of the Republic and the vehicles crewed by its legions of clone troopers to determine the best vehicles for the U.S. military from a galaxy far, far away.

This one just makes sense. A Star Destroyer is literally a gigantic spaceship. With its hyperdrive systems, powerful shield generators, generous firepower and complement of starfighters, the Venator is just the ship to stop all the other services from making (too much) fun of the newly formed service branch. A couple of orbital strikes in support of ground troops, and even Marines will be singing the praises of the Space Force. While the ship performs well in a vacuum, it’s limited in the atmosphere. Although it can land on natural terrain with some difficulty, the Venator lacks landing gear and requires specialized landing facilities to dock properly. Therefore, it makes the most sense to keep it in Earth’s orbit when it’s not in need of maintenance or exploring the galaxy (with a complement of Space Marines, of course).

Better known as the Republic Gunship, the LAAT is the ideal Republic vehicle for the Marines. Whether you need to land hard-charging devil dogs on a beach, in a jungle or on top of a mountain, the gunship can do it. Plus, its suite of rockets, guns and laser pods means it can hold its own and provide close air support to the Marines that it lands. In a way, the Marines already have a form of the LAAT in the fast VTOL V-22 Osprey. The Star Wars gunship just does it all better. If it helps, the LAAT almost certainly has the lift capability to carry speakers playing nothing but “Fortunate Son.” After all, droids don’t surf.

Short for Aggressive ReConnaissance, the ARC-170 is a heavy high-endurance starfighter. While it would be more than capable in an atmospheric dogfight, its massive engines and heavy armor make it ideal for long-range space patrol. For this reason, it would excel in the Air Force’s mission of air superiority, but also be able to support the Space Force beyond Earth and even the solar system. Now, it’s entirely possible that Space Force would create their own Key West Agreement and prevent the other services from maintaining any space assets entirely. But, that’s delving a bit too deep into plausible science fiction. We’re just talking about Star Wars vehicles here.

I get the argument that the Navy should crew space ships and take on the mission of the military in space, I do. However, with human conflict restricted to planet Earth and the formation of a Space Force, the Star Destroyer had to go to the guardians. As long as the Navy is still responsible for maintaining freedom of navigation on the seas, the best GAR vehicle for them is the Z-95. In contrast to its heavier three-seater counterpart, the ARC-170, the Headhunter lacks a hyperdrive. However, light-speed capabilities aren’t necessary to operate within the atmosphere from aircraft carriers on the sea. The Z-95 provides more than enough speed and firepower to take on any next-gen plane or ship that could be fielded by a hostile nation. Just don’t let Maverick buzz the tower in one of these. The sub-light thrusters might actually take it down.

Known by fans as the Clone Turbo Tank, I’d be willing to bet that troops would call it a Juggernaut or even just Jug. Whatever you want to call it, this thing is a beast. At 30 meters tall and nearly 40 meters long, the 10-wheel drive Juggernaut would be an imposing sight on an Earth battlefield. With a top speed of just under 100 mph, thermally superconducting armor, and the firepower equivalent of a nuclear bomb, the Jug would have face no real threats from any other Army in the world today. IED? What IED? Russian super tank? Point, click, gone. Still, I wouldn’t want to be the 91B wheeled vehicle mechanic having to do maintenance on this thing. Can you imagine the drip pan for a “Jug?”