That time President Jackson threw a rager at the White House 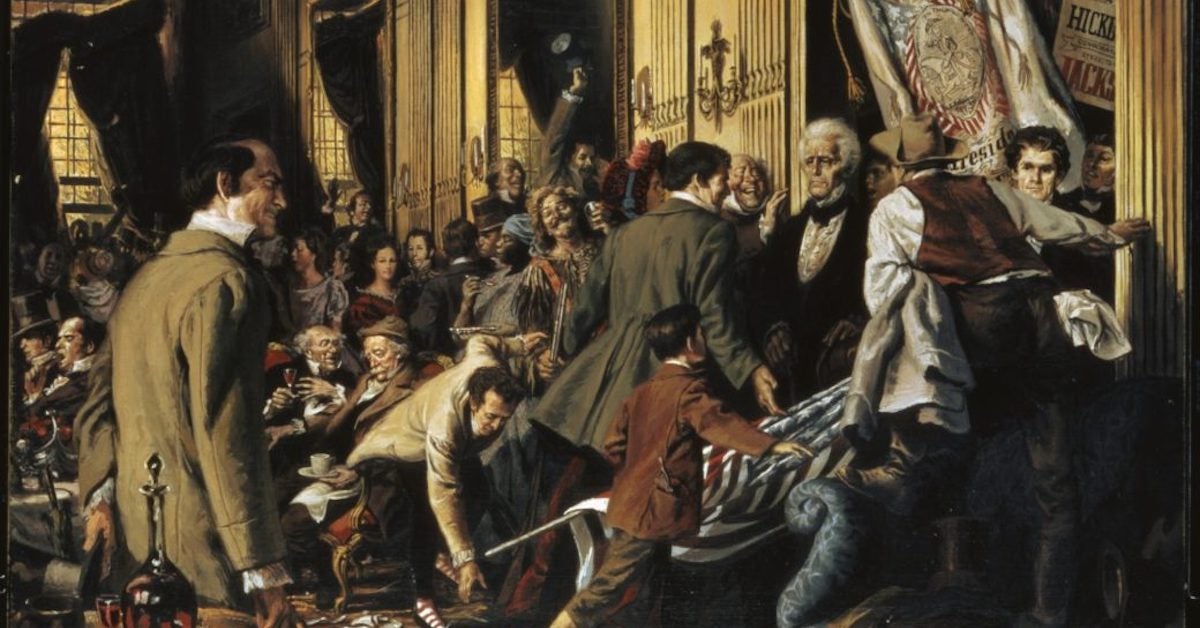 On March 4, 1829, newly inaugurated President Andrew Jackson threw a party at the White House that grew so epically out of control there were washtubs full of what can only be described as 19th-century jungle juice and an odor in the carpets that made the place smell like cheese for months.

Andrew Jackson, the current face of the twenty-dollar bill, was born in poverty in 1767. He became a lawyer and quickly rose to wealth and political popularity by the time the War of 1812 broke out, during which he also made a name for himself as a military hero. The next few decades, however, would mark him as a polarizing character in our nation’s history.

Jackson supported the expansion of slavery into new western territories, as well as the forced relocation of Native American tribes living in the Mississippi valley, otherwise known as the Trail of Tears.

In 1824, he narrowly lost the Presidency to John Quincy Adams, but four years later, in a campaign that was characterized by an unusual degree of negative personal attacks, the Tennessee frontiersman became the seventh president of the United States.

To celebrate, he upheld an inaugural tradition begun by Thomas Jefferson and hosted an open house at the White House.

The White House became a mob scene. Guests tracked mud and debris into the rooms, compacting food and broken glass into the carpets. White House staff reported a stench for months after the event. Servants tried to lure the crowds outside by placing washbins of juice and whiskey out on the once-dignified White House lawn.

Senator James Hamilton of South Carolina, a Jackson supporter, struck a balance when he described the event as a “regular Saturnalia,” but with the qualification that most of the damage was trivial. Tell that to the people who had to clean up.

According to History.com, the White House open-house tradition continued until several assassination attempts heightened security concerns. Finally, in 1885, Grover Cleveland opted instead to host a parade, which he viewed in safety from a grandstand set up in front of the White House.