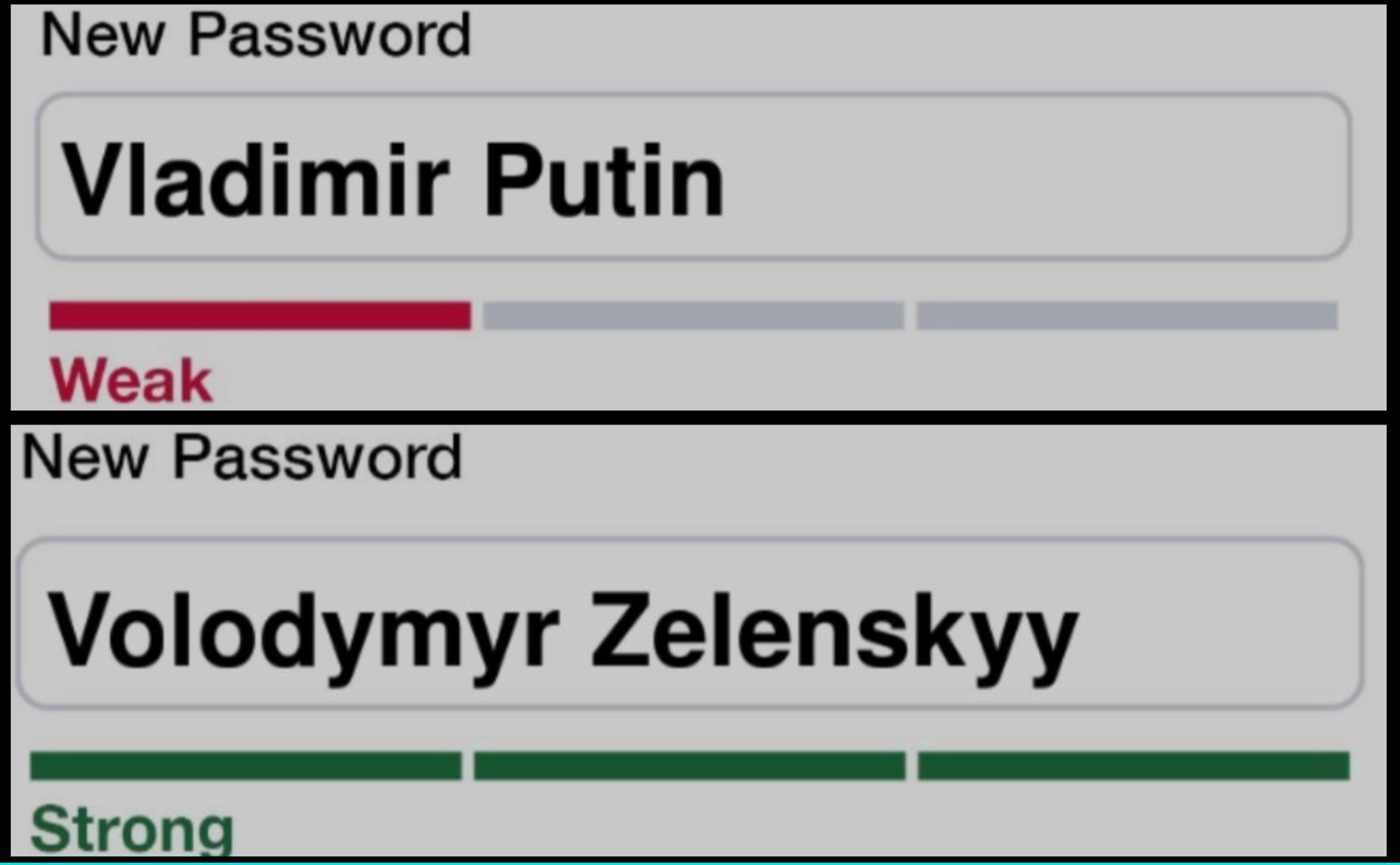 Ukraine President Volodymyr Zelenskyy has come into the public eye after his country was invaded by Russian forces. As politicians go, he has a unique past. Zelenskyy got his start as a comedian, actor, and earned an impressive route to fame along the way. For instance, he won a stint on Ukraine’s Dancing with the Stars and created and starred in a show about an average Joe becoming the Ukrainian president – then… PLOT TWIST… the finale announced Zelenskyy’s own run for the seat.

Take a look at these amazing memes that outline Zelenskyy as a president and his efforts against Russia.

2. You can’t take the comedy out of the comedian.

3. Recreating classics with a modern twist:

Those mean mugs though.

6. Even tech jokes are getting in on the fun.

7. A nod to past accomplishments:

Featuring this now-famous Zelenskyy quote, and his stint as the voice of Paddington.

8. Then there’s this zinger.

9. He’s even supported by modern slang

10. Seriously, though. Everyone is noticing this guy.

Even throwback memes are finding themselves relevant.

11. And this representation of literally kicking to the curb.

We’ll see you all on the other side.