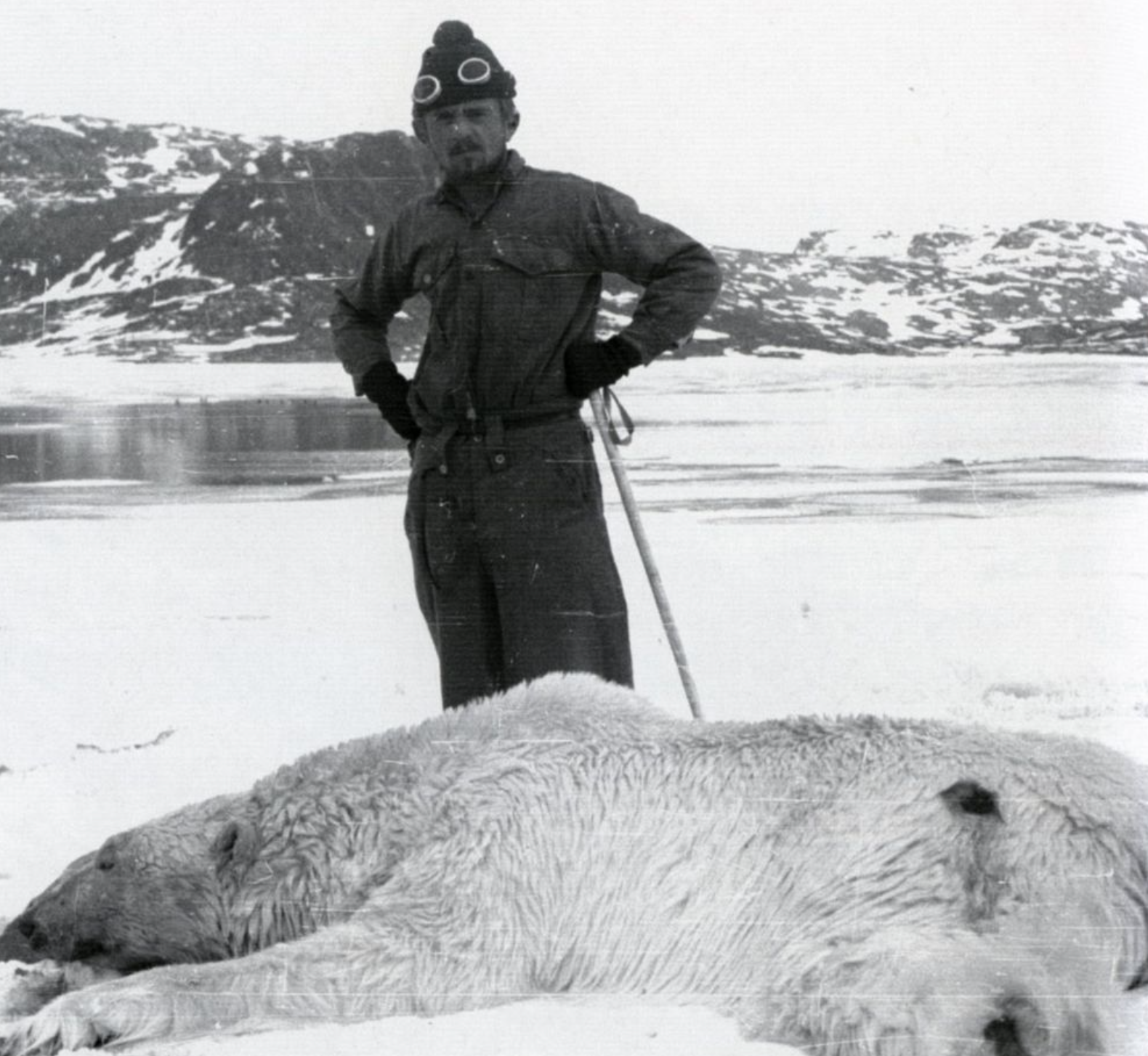 A member of the weather station with a slain polar bear. Photo: From the archive of Wilhelm Dege.

In September 1944, one might think that the Germans would have had better priorities than setting up a weather monitoring station in some remote Norwegian island. They did have more important things to do, but they set up a meteorological station in the Svalbard area anyway.

As the Allies were fighting their way through the Hurtgen, German troops were setting up their weather stations in Norway. They would be the last Germans to surrender after the end of World War II.

World War II didn’t go well for Norway. The Germans invaded in 1940 and with the assistance of one of history’s most infamous collaborators, fell quickly. During the war, Norway was one of the most fortified countries in Europe.

Life in the Svalbard archipelago, though, remained largely unchanged at first. It was occupied and recaptured at times, just to be occupied again. But the Germans managed to create a number of weather stations and reporting stations on the islands. Most subsequently captured or chased away.

Occupation of the archipelago started almost immediately. The Free Norwegian government in cooperation with the Soviet Union willingly destroyed their coal mines to deny their use to the Axis. After British forces destroyed German weather stations in Greenland, the German Luftwaffe and Kriegsmarine set their sights on Svalbard to replace it.

Almost as fast as they could set up the station, Allied forces sailed from Scotland to dismantle it. That convoy was bombed by the Luftwaffe, but the invaders managed to eject the weather system anyway. Germany sent another weather monitoring party but the British reinforced its position and destroyed that one too.

More Norwegian troops soon landed, backed by an American cruiser. All Allied movements were monitored by the Luftwaffe, but there was little that could be done at times. The islands were occupied by both parties at times.

The final attempt at a weather station came with Operation Broadsword in 1944. The crew was landed by the submarine U-307 on Sept. 10, 1944. This time, the station was there to stay, largely because the war ended just a few months after it was established.

The German occupants of the islands knew they’d just lost the war. They were contacted by their leadership in Norway on May 8, 1945, the day Germany surrendered to the Allies. They had to stay on the island for nearly four months after the war ended. Getting a ship to the Arctic Circle to retrieve a handful of troops just wasn’t that high on the Allies end of war to-do list.

In the end, the Germans manning the weather station had to surrender to a Norwegian seal hunting ship and its crew, which arrived on Sept. 6, 1945. They were the last Germans to surrender to Allied forces after the war ended.

They weren’t the only Axis holdouts at the end of the war. Although Japan surrendered in August 1945, some Japanese troops fought on for months or even years after the war had officially ended, believing they should fight on in the absence of orders from the Imperial Japanese military.

One Japanese soldier, Hiroo Onoda, fought on until 1974. He hid out in the jungles of the Philippines for some 29 years after the surrender was signed because he couldn’t believe Japan actually surrendered. It’s unlikely the Germans on Svalbard felt the same way, knowing how the war had progressed since 1944.

Featured photo: A member of the weather station with a slain polar bear. Photo: From the archive of Wilhelm Dege.