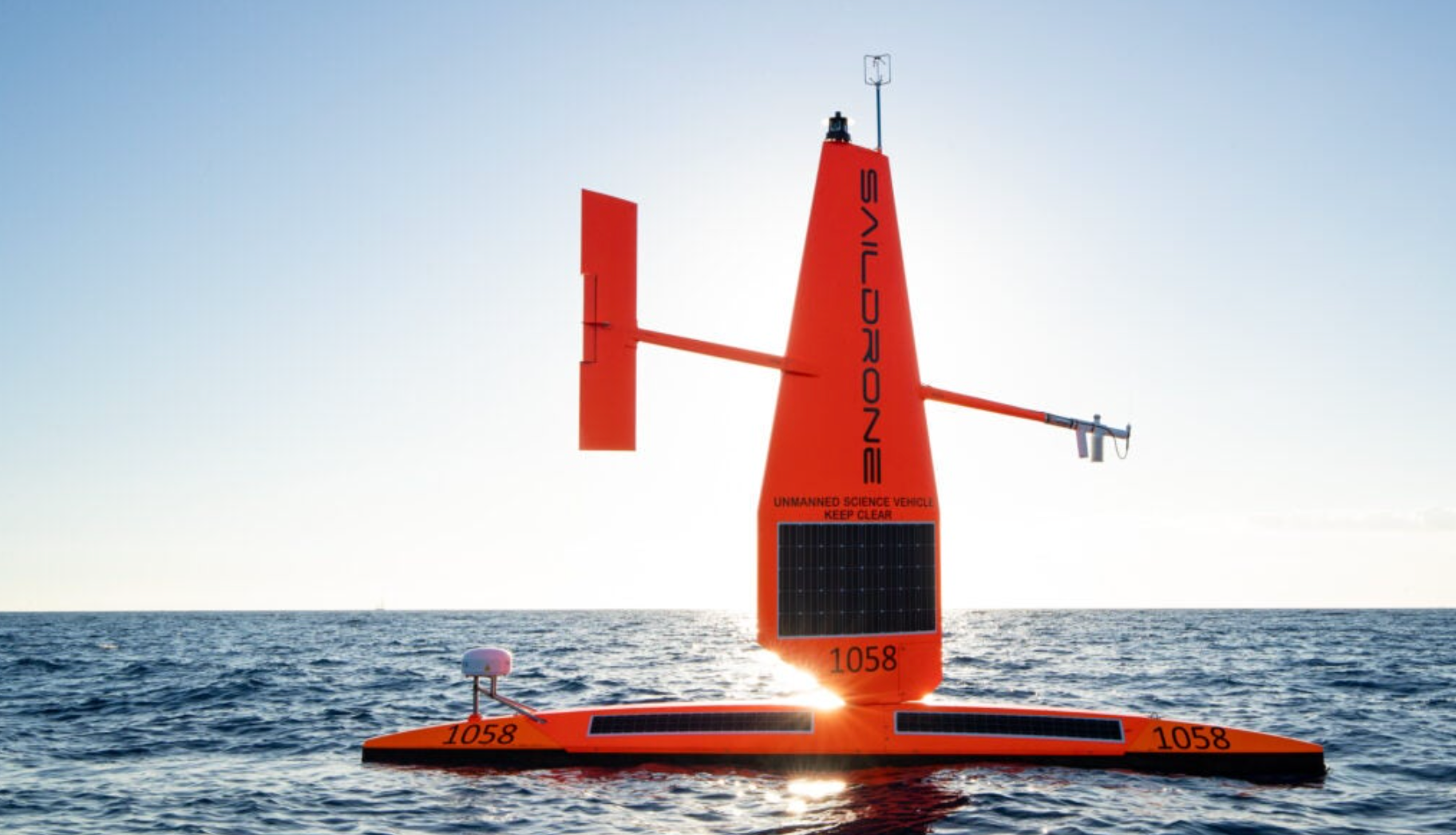 Drones are often thought of highly advanced machines with cutting edge technology. While this is true of the programming and artificial intelligence used to create and operate unmanned vehicles, they can also be combined with old tech. One example of this old-meets-new hybrid technology is the Navy’s Saildrone Explorer Unmanned Surface Vessel.

The Explorer is the smallest USV made by Saildrone. Measuring 23 feet long and 16 feet tall, it is reliant on wind power for propulsion. This patented technology enables a mission duration of up to 12 months without the need to return to land for maintenance or refueling. During its deployment, the Explorer would use its suite of solar-powered meteorological and oceanographic sensors to perform autonomous long-range data collection missions.

On December 12, 2021, U.S. Naval Forces Central Command commenced exercise Digital Horizon from the Royal Jordanian Naval Base in the Gulf of Aqaba. It is the first operational test of the Saildrone Explorer and is part of an initiative to integrate new unmanned systems and artificial intelligence into U.S. 5th Fleet operations. The U.S. and Jordan also announced that the base would become a joint hub for future Saildrone operations in the Red Sea.

“These are exciting times for Task Force 59 as we team with the Royal Jordanian Navy to establish our hub for Red Sea operations in Aqaba and deploy some of our new maritime robotics,” said Capt. Michael Brasseur, commander of NAVCENT’s new task force for unmanned systems and artificial intelligence, in a 5th Fleet press release. “Our Saildrones leverage machine learning and artificial intelligence to enhance maritime domain awareness, extending the digital horizon with a sustainable, zero-carbon solution.”

NAVCENT established Task Force 59 in September 2021. Since then, the task force has tested and evaluated two other USVs: the MANTAS T-12 and T-38. The Middle East region has a unique geography, climate, and strategic importance that make it an ideal location for unmanned technological development. “Ongoing evaluations of new unmanned systems in U.S. 5th Fleet help drive discovery, innovation and fleet integration,” the Navy said in the press release. “The U.S. Navy is learning important lessons that will inform future operational employment.”