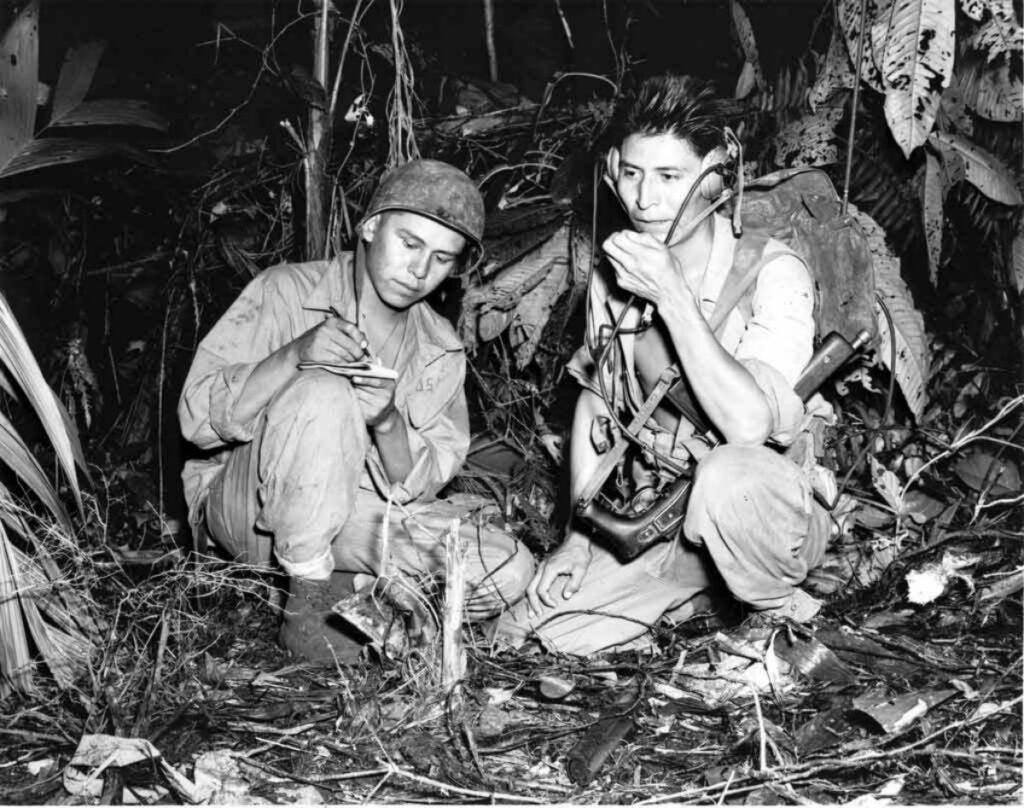 During WWII, American Indian code talkers used their native languages to communicate in secret on the battlefield. At least 15 Native nations including the Navajo, Cherokee and Comanche served as code talkers in both the Pacific and European theaters. However, the first successful U.S. military use of indigenous language as a secure form of communication came in the previous world war.

During the Meuse-Argonne campaign of 1918 in France, Allied communication was in bad shape. The Germans had broken the Allied code, tapped telephone lines, monitored radio transmissions and captured one in every four runners between companies. An Army officer came up with a solution to the communication problem when he heard a group of Choctaw soldiers conversing in their native language.

After an initial test and brief training in telephone messages, the Army established Choctaw Telephone Squads within the 141st, 142nd and 143rd Infantry Regiments of the 36th Infantry Division. Using their native tongue, the Choctaw code talkers could communicate military messages the Germans simply couldn’t understand. Coded words were used from the Choctaw language to describe military terms for which there was no translation. For example, the Choctaw words for “little gun shoot fast” meant “machine gun.”

The success of the code talkers during WWI validated their use on the battlefield and led to further development of Indigenous language codes. By America’s entry into WWII, code talker programs were already established with even more complex codes that were never broken. American Indians spoke their native languages at Utah Beach on D-Day, in the frozen forests of Bastogne, and on the islands of the Pacific from the Aleutians to the Philippines. The service of these code talkers and the importance of their languages cannot be overstated and are deserving of eternal gratitude and remembrance.