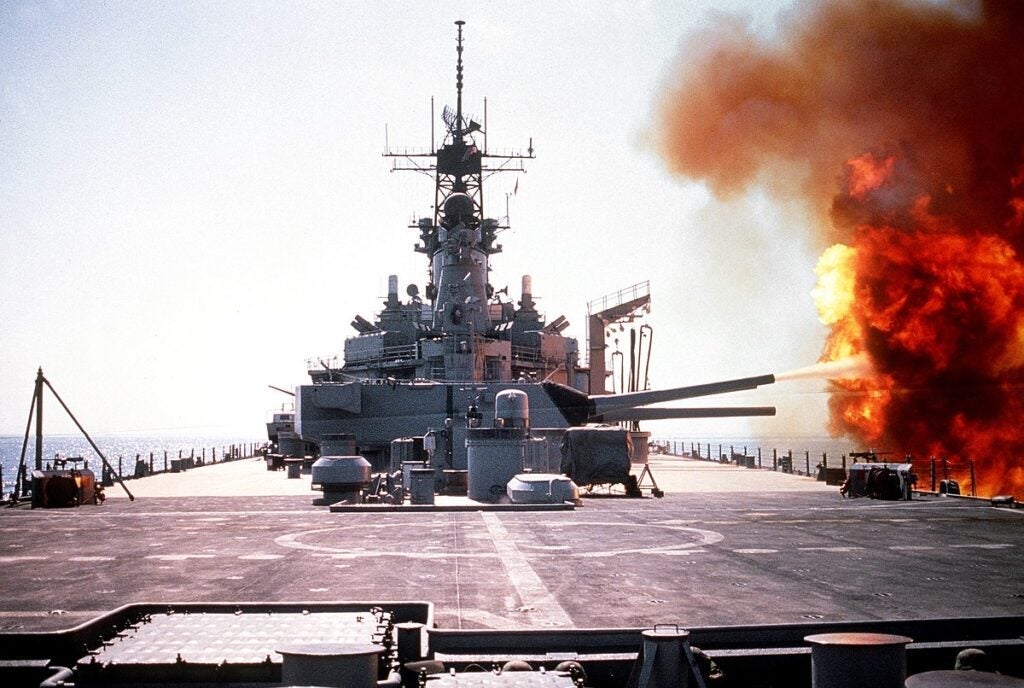 The advancement of robotics and artificial intelligence in the 21st century has been exponential. In the defense industry, such technologies have created advanced platforms that can deliver precision munitions from long-distance or perform pinpoint reconnaissance at untouchable ranges. However, for all this lethality and capability, the first humans to surrender to a robot did so in the 20th century.

Iowa-class battleship USS Wisconsin (BB-64) was launched in 1944. The mighty warship served in the Pacific during WWII where she shelled Japanese fortifications and screened US aircraft carriers. During the Korean War, Wisconsin‘s guns blazed again as she engaged communist targets in support of UN and South Korean operations on the peninsula. Although she was decommissioned after the war, Wisconsin was reactivated on August 1, 1986. After undergoing a modernization program, the battleship was ready for her next war.

On August 2, 1990, Iraq invaded Kuwait. A coalition of allied forces assembled in Saudi Arabia and the Persian Gulf to push dictator Saddam Hussein’s forces back over the border. USS Wisconsin and her battle group arrived in the Persian Gulf on August 23 in support of Operation Desert Shield. On January 15, 1991, the battleship would go on the offensive with the start of Operation Desert Storm.

Although she had been equipped with state-of-the-art Tomahawk Land Attack Missiles during her modernization, Wisconsin received another upgrade to increase the lethality of her massive 16-inch guns. Capable of firing a distance of 24 miles, beyond visual range, Wisconsin needed a spotter to guide long-range salvos onto target. For this job, the ship was equipped with an RQ-2A Pioneer UAV. The Pioneer could loiter over the impact area, observe the battleship’s rounds land in realtime, and provide gunners with immediate feedback for follow-on salvos.

On February 27, 1991, Wisconsin‘s sister ship USS Missouri (BB-63) used her Pioneer to rain down accurate and devastating naval gunfire on Iraqi defenses on Faylaka Island off the coast near Kuwait City. Shortly after Missouri‘s engagement, Wisconsin sent her own Pioneer over the island at low altitude. Recognizing that the the sound of the UAV’s two-cycle engine overhead meant that another bombardment would soon hit them, the Iraqis grabbed handkerchiefs, shirts, and bedsheets to wave and signal their surrender to the Pioneer. The Pioneer operator aboard Wisconsin reportedly asked the ship’s commanding officer, “Sir, they want to surrender. What should I do with them?”

Although Desert Storm also saw Iraqi soldiers surrender en masse to the deadly AH-64 Apache attack helicopter, the surrender to Wisconsin‘s UAV was the first to an unmanned vehicle. Moreover, the Navy notes that all of its other Pioneers had individuals or groups attempt to signal surrender during the conflict. Thanks to its reliable design and incremental upgrades, the Pioneer continues to fly in four Naval aircraft squadrons.