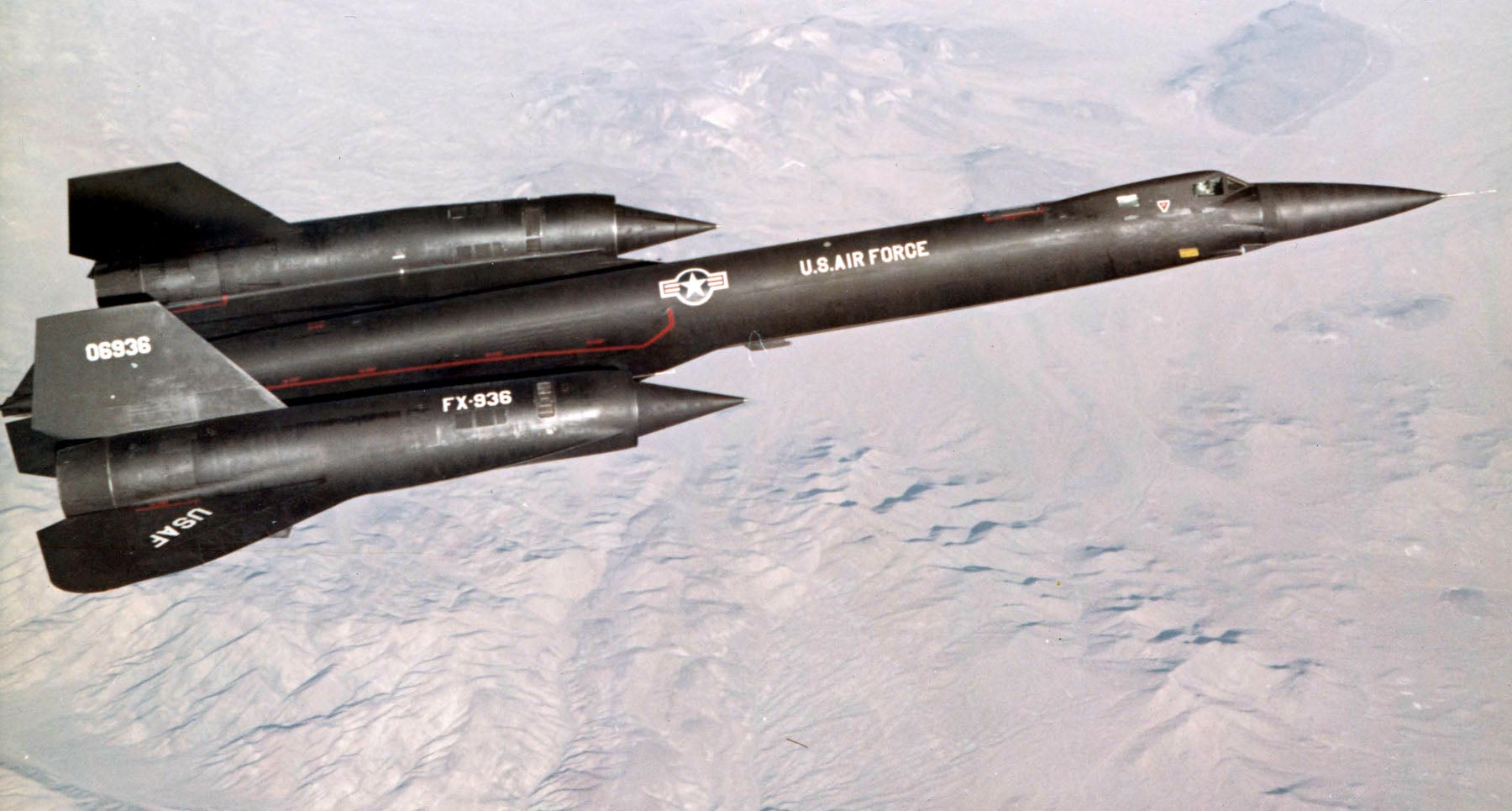 Have you ever looked at the old SR-71 Blackbird and wondered how awesome it would be as a fighter jet? So did the United States Air Force (for the most part). The SR-71 is based on the super-secret CIA’s A-12 reconnaissance plane. When the Air Force got a glimpse of the A-12 and its capabilities, their minds got to work.

The first idea to come from the A-12 design was the YF-12, a single-seat interceptor aircraft that closely resembled the A-12 but came packing with guns and missiles instead of photographic and signals intelligence monitoring equipment.

Lockheed’s YF-12 first took off in August 1963 and unlike its predecessor, the A-12, or its successor, the SR-71, there was nothing really secret about it. The President of the United States first revealed its existence but that might have been a strategic move. It covered up the CIA’s super-secret aircraft and provided enemies a window into the advancements Air Force fighters were making.

It also had an advanced fire control radar system to operate the AIM-47 missiles that could be mounted under its wings. Unlike other missile systems at the time, the AIM-47 was much more accurate and reliable in air-to-air combat. This would have made the YF-12 the deadliest aircraft in the world at the time.

The Air Force was understandably excited at the prospect of integrating such a fighter aircraft into its air defense network. After successfully testing the AIM-47 missile integration, the USAF placed an order for more than 90 of these flying behemoths, ready to implement them into the defense of the United States. It was a little war brewing in Vietnam that would be the program’s demise.

As the intensity of the fighting in Southeast Asia increased, so did the American commitment to South Vietnam. Spending on the war increased along with it. Concerned about the cost of the YF-12 program, Secretary of Defense Robert McNamara declined to support the interceptor program and it was ultimately cancelled in 1968.

All was not lost for the unique airframe, however. Though there was no need for a supersonic, high-altitude interceptor for airspace defense in the U.S., there was a need for an ultra-fast, high-altitude reconnaissance aircraft to fly over places other aircraft wouldn’t dare. The SR-71 Blackbird was born from this need.

The Blackbird looks exactly like its predecessors but outperforms both of them. It has a greater operational range than the YF-12 and is still the fastest air-breathing manned aircraft ever built, a record set in 1976.

SR-71s were a brief view of what the YF-12 could have been: a fighter aircraft so accurate, it could hit a target on the ground while flying at three times the speed of sound. If another fighter or a surface-to-air missile came up at it, all the pilots had to do was hit the throttle and outrun it. The A-12s, YF-12s and SR-71s were titanium masterpieces of Cold War technology.