These presidents were all (distantly) related to each other 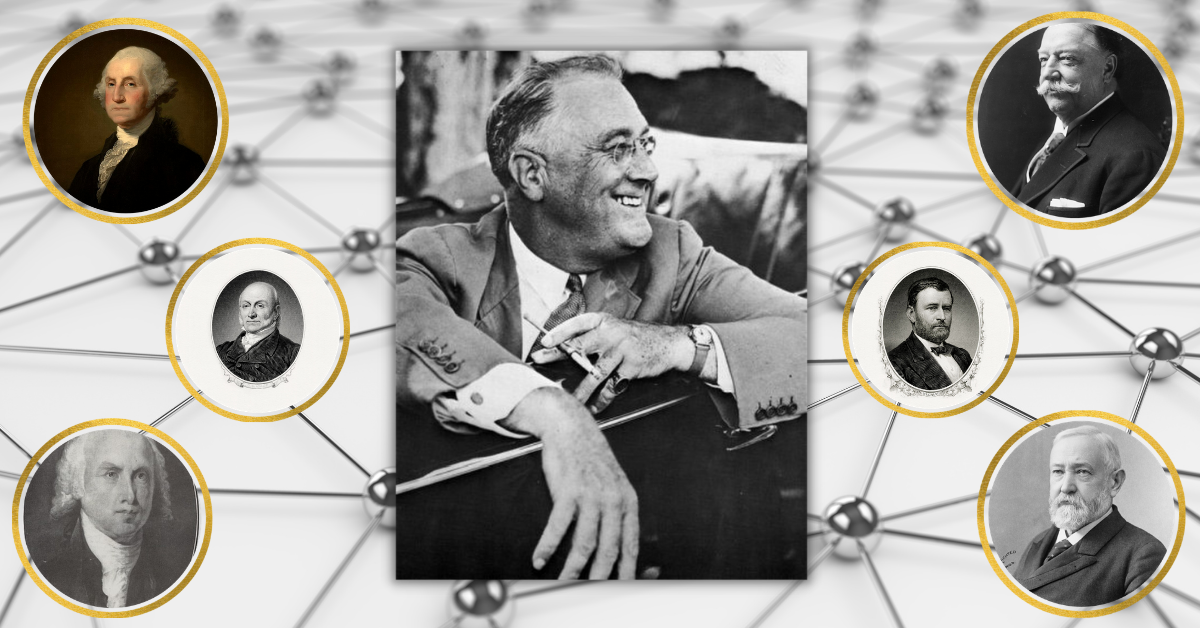 Power — even political power — doesn’t fall too far from the family tree when it comes to the U.S. presidency … then again, sometimes it comes several branches over. At least, that’s the case for many former U.S. presidents, including those that are as far as 10th cousins, twice removed, like George W. Bush and Barack Obama. (Is your head spinning?!)

Take a look at this list of U.S. presidents and their relations to other former presidents for a new way to look at our leaders who have served as Commander in Chief.

George W. and George H.W. Bush were father and son, respectively. No surprise there. They served as the 31st and 43rd presidents of the U.S.

Another father and son duo came in John Adams and John Quincey Adams who served as the second and sixth presidents, respectively.

FDR is related to 11 presidents

Next comes Franklin D. Roosevelt, 32nd president, who was related to 11 — yes ELEVEN — other presidents. Five of them through blood and the remaining six by marriage. This was determined by a study done by multiple genealogists. (There is even controversy that he’s related to a 12th former president.)

He was also reportedly related to Winston Churchill and Robert E. Lee. Woah!

The search for distant relatives becomes deep when it comes to former U.S. presidents, practically unending. With generations between them and blood and marriage bonding many in office, the list of distant cousin only continues to grow.

And on on on and on, all the way up to 10th cousins, four-times removed. Are they still even related at that point??

This is an interesting look into the genealogy of the American president and how families long ago are even distantly related to modern U.S. presidents.