This entire WWII operation was based on deception 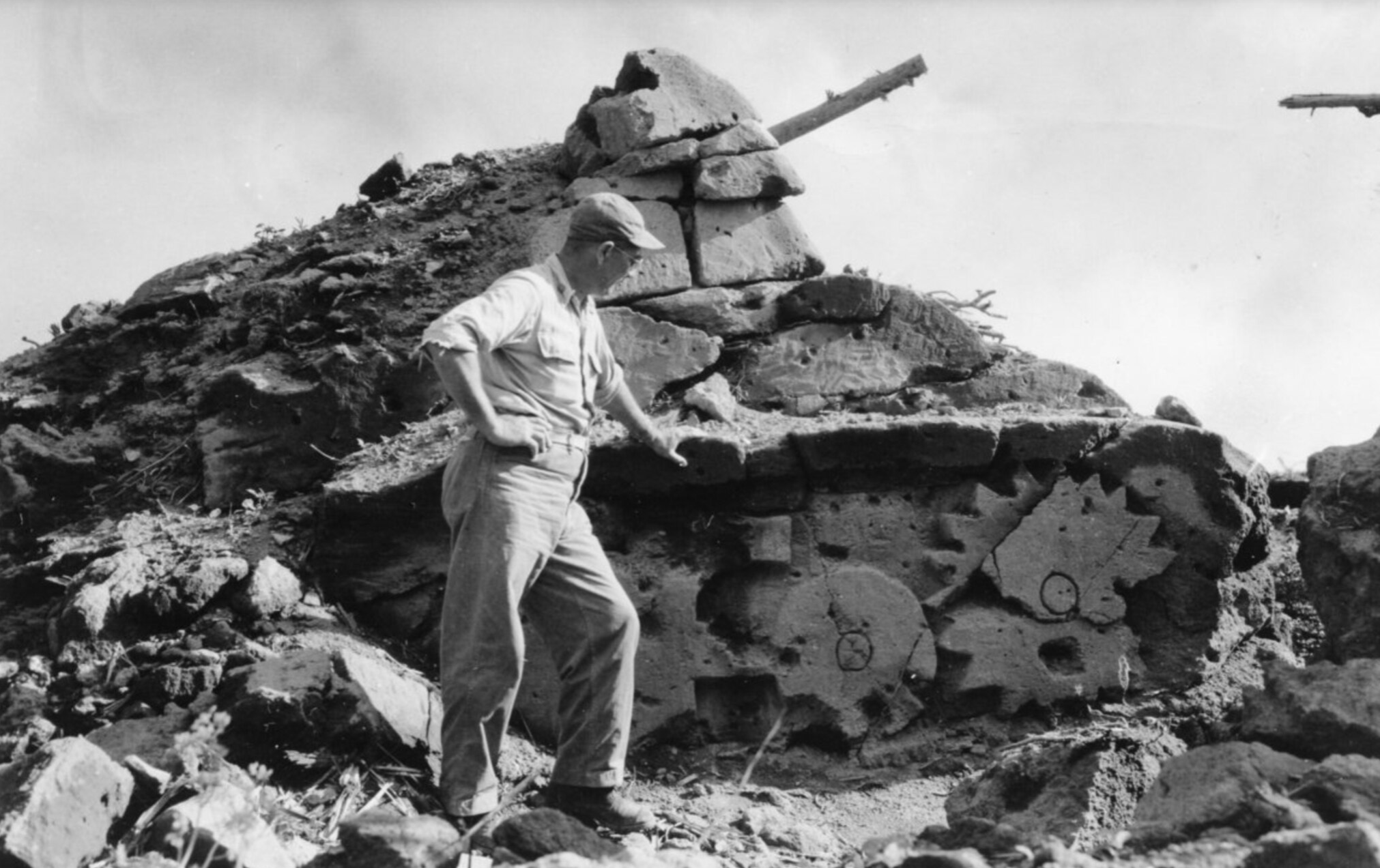 This dummy tank was carved from volcanic stone on the island of Iwo Jima in 1945, as World War II drew to a close. National Archives.

In short, it was a long game. To mislead the enemy about Allied plans for D-Day. Of course, now decades later, we all know how it went down. On June 6, 1944, the beaches of Normandy were stormed by foot. Thousands of soldiers landed and ran into battle while planes came in to offer aerial support overhead. Despite the massive loss of life on both sides, it ultimately led to an Allied victory and served as a key turning point in the war.

But it was more than just planning for the battle that went into D-Day. There were entire operations (yes, plural) that were based on planting false information. Operation Bodyguard was the overarching plan to conceal D-Day’s actual strategy. This was done by releasing false information over time. These “leaks” each put out a small amount of intel, that when combined, allowed Germany to pull together a false sense of an upcoming attack.

Operation Fortitude and Operation Ironside, which was put into place entirely by double agents, served as sub-parts of Operation Bodyguard. Each step put a different aspect of the plan into place to make the overall goal a reality.

The goals of Operation Bodyguard

Rather than Normandy, which is located in Northern France, Allied Powers leaked information that there would be multiple, smaller-scale attacks on locations such as the Balkans, Southern France and Norway. They also leaked details that the Soviet Union would be attacking Northern Norway and Bulgaria. Meanwhile, the false details focused on Pas-de-Calais as the main point of invasion. This was plausible as the location nearly shares a border with Belgium, and hosts only a small channel from England. (Normandy actually required far more sea travel.)

The false information and tactics didn’t end prior to the attack, however. Normandy itself was full of bait and switch movements. Planes dropped hundreds of dummy paratroopers, allowing real soldiers to land under a lesser attack. Some of the dummies also had explosives, allowing high-ups to believe a firefight had already begun. Inflatable tanks were also placed strategically throughout the area.

In addition, there were delayed reinforcements at the actual Normandy landings. The first round of soldiers made their way to the beach, allowing Germany to believe it was a distraction before the full force of more than 156,000 soldiers came into France via air, land and sea. This proved to be especially successful, as Hitler delayed sending in reinforcements for hours, believing the attack to be a distraction.

History shows that German forces believed an attack couldn’t be made due to two reasons. One, they didn’t think the Allies could attack by sea without a port. In fact, months of planning had gone into creating temporary floating docks. Second, an ongoing storm was believed to prevent sea travel. However, a break in the weather had been detected by Allied forces, allowing them to move troops through this small overnight window.

Ally leaders said the element of surprise was important due to the number of German troops that were on the ground. Ultimately, the Allies lost more soldiers – likely 10,000 though only 4,414 have been confirmed dead (in contrast, Germany lost 4,000 to 9,000 soldiers) – they ultimately won the battle.

With the element of surprise on their side, the Allies were able to disarm Germany and gain ground. Today, D-Day is viewed as a main turning point of WWII, ultimately calling for a German surrender less than a year later.