Today in military history: General George S. Patton dies - We Are The Mighty 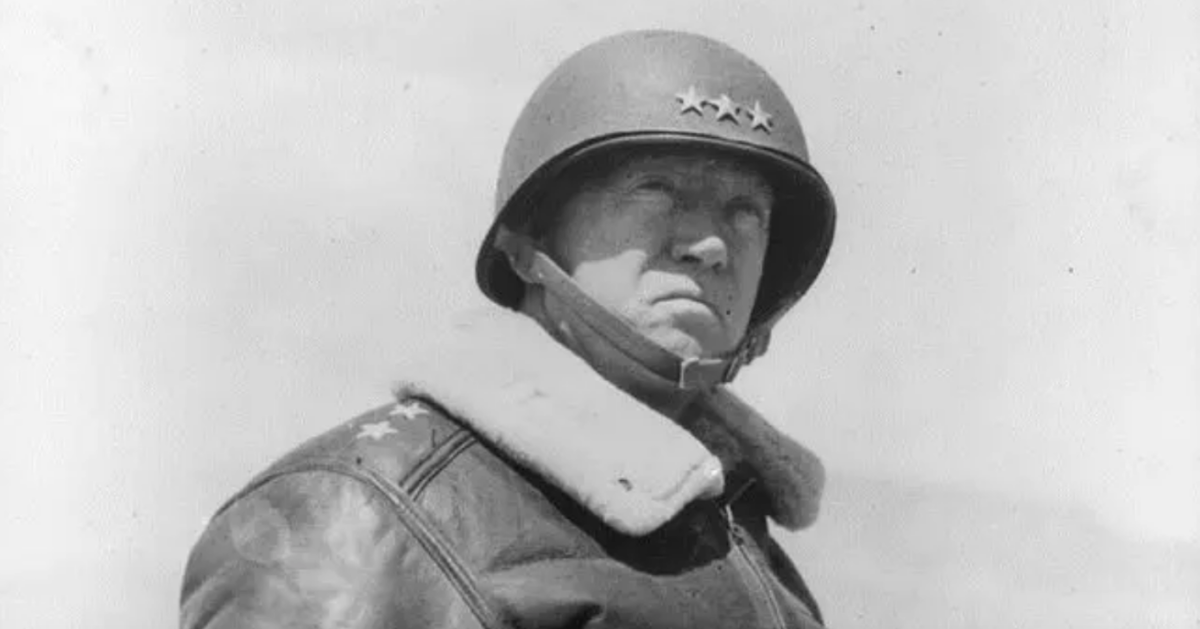 Born to a military family in 1885, Patton graduated from the U.S. Military Academy at West Point. He later fought in the Tank Corps during World War I, where, along with the British tankers, he would achieve victory at Cambrai, France, during the world’s first major tank battle.

The experience would influence his high regard of tank warfare. He helped develop a training school for American tankers, improved radio communications between tanks, and helped invent improvements for tank weaponry. A series of tanks was even named for him.

After the German Blitzkrieg began in Europe in 1941, Patton began giving rousing speeches that spurred America to join the fight and earned him the nickname “Old Blood and Guts.” In World War II, Patton commanded the Western Task Force during the Allied invasion of North Africa and then commanded the 7th Army in the invasion of Sicily.

When Allied troops landed in Normandy, Gen. George Patton had two jobs. One had been to lead the fictional First United States Army Group, a part of Operation Fortitude, to deceive the Germans as to the Allies’ actual intentions against Normandy. His second was training his real unit, Third Army, exploiting German weaknesses for 600 miles across Europe and liberating over 81,000 miles of territory.

He is remembered as one of the greatest military figures in history.

Featured Image: Lieutenant General George S. Patton, Jr., US Army, commanded 3rd Army in the breakout from Normandy, across France and into Germany in 1944-1945. (U.S. Army)