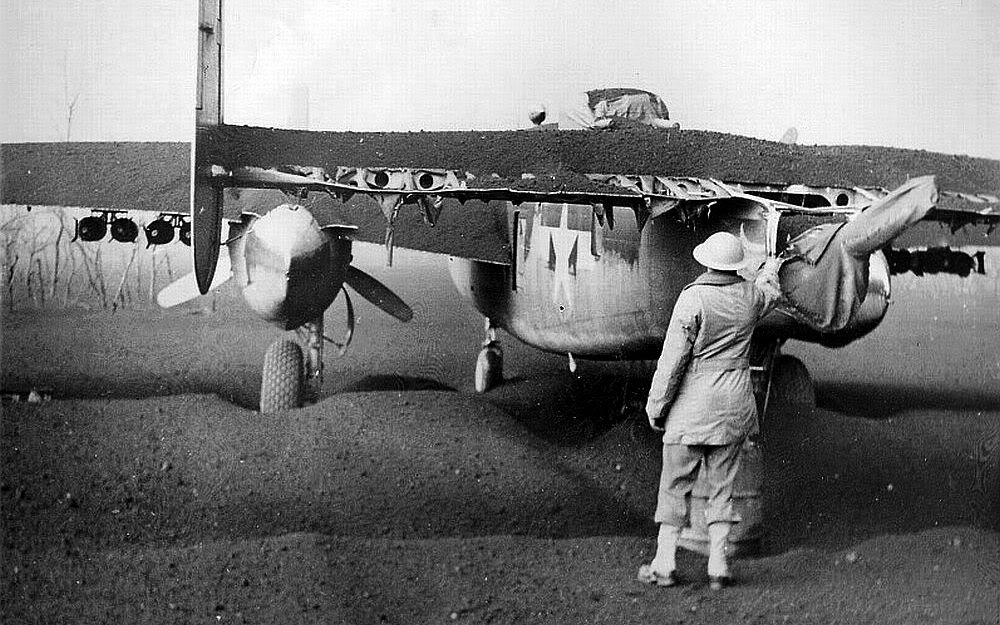 Mount Vesuvius near Naples, Italy, is best known for its eruption in 79 AD that destroyed the Roman cities of Pompeii, Herculaneum, Oplontis and Stabiae. Over 1,000 people are believed to have perished and the site of the natural disaster draws thousands of tourists every year. However, many people overlook the fact that the volcano has erupted many times since then. In fact, it is the only volcano on mainland Europe that has erupted in the last hundred years.

In the fall of 1943, following the successful invasion of Sicily, the Allies invaded Italy. US and British forces established beachheads at Salerno and pushed north where they captured Naples and the surrounding countryside. Heavy resistance in the north hampered further progress, but the Allies were about to experience another hindrance to their invasion.

On March 17, 1944, lava began flowing down the western slope of Mount Vesuvius towards Naples. Smoke and cinders rose from the volcano’s mouth and the following days brought rumbling and ground shaking as Vesuvius erupted. On March 20, a New York Times writer noted that “the sound was exactly like artillery fire.” Two days later, he documented the lava’s advance. “Smashing through San Sebastiano and Massa di Somma on a broadening, though generally slowing, front, the Vesuvian lava flow tonight had resulted in the evacuation of this town of 7,000 two miles to the northwest.”

With the Italian government crumbling under the Allied invasion, the US military took charge of evacuating civilians from the lava’s path. Using the available military resources, US forces safely evacuated nearly 12,000 displaced civilians. Sadly, 26 civilians lost their lives in eruption. An analysis published in the 2007 Journal of Historical Geography applauded the disaster management by the military noting that “despite all the problems of wartime, management of the emergency by Allied Control Commission was both impressive at the time and holds important lessons about the manner in which eruptions may be handled in the future.”

Although there were no military fatalities during the eruption, one US Army Air Force unit suffered heavy aircraft losses to Mount Vesuvius. The 340th Bombardment Group and their B-25 Mitchell bombers was stationed at Pompeii Airfield in Poggiomarino on the east side of Vesuvius. With the lava flowing down the opposite side of the volcano, it was decided that the 340th did not need to evacuate and the bombers stayed in place. However, on the evening of March 21, lava began to flow down the east side of Vesuvius toward Pompeii Airfield.

The aircrews were quickly evacuated to a nearby airfield where they sheltered in a tobacco shed. With no preparations for evacuation made, they were forced to abandon their aircraft at Pompeii Airfield. After the eruption, the 340th returned to find their tents torn to ribbons by falling debris and between 78-88 bombers destroyed. Volcanic rock and hot ash damaged control surfaces and engines and even melted windscreens and gun turrets resulting in an estimated $25 million worth of damage.

Although some of the 340th’s bombers were later repaired and returned to service, German propaganda took advantage of the event claiming that the 340th had been decimated by Vesuvius. In fact, the only causalities in the unit were a sprained wrist some minor cuts. Unfortunately, the 340th would still suffer more aircraft losses than any other medium bomber group during WWII. In addition to the losses from Vesuvius, another 60 aircraft were lost on May 13 during a German air raid on their base in Corsica.