This former military weapon blinded its enemies - We Are The Mighty 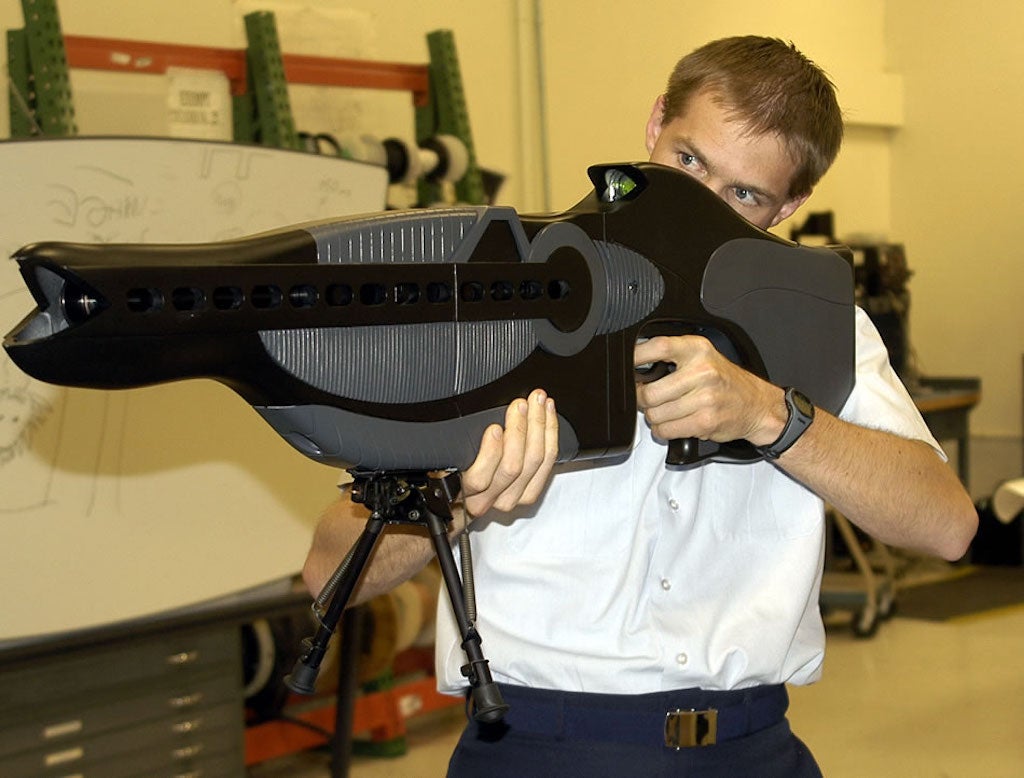 Warfare has been fought with weapons of all kinds, from swords and cannons, to fire, to guns, atomic bombs and lethal salves dropped from the sky. One type that is heard far less about, however, is the dazzler, a blinding device that’s been in existence for more than 80 years.

Think about it – you’re a soldier out fighting the enemy, and they come at you with some bright lights, then you can no longer see. How effective will you be once blinded? Will you be able to stay on task after losing your sight? Even if the damage is not permanent, it’s hard not to argue that this is an effective defense weapon.

The first dazzlers date back to the early 1980s, when incredibly bright spotlights were shone at pilots and reflected by mirrors. Their effects caused temporary to permanent blindness to pilots flying during World War II. They also earned their name during this time as they “dazzled” the pilots.

Then, in the early 1980s, dazzlers were taken up a notch when isolated radiation was placed into military lights. During combat, these lights were purposely shone on enemy soldiers, causing them to go blind.

More sophisticated dazzlers were used during Operation Desert Storm, however, American soldiers were not allowed to use them on ground soldiers, and instead shone the lights in the eyes of helicopter pilots. No research showed dazzlers being effective at this distance.

In 1995, they were banned from use by the United Nations’ protocol on laser weapons. However, dazzlers that cause disorientation or only temporary blindness fall outside of this category and can still be used.

In decades since, militaries have taken to defense measures, like goggles and glasses that block infrared lasers and/or radiation lights.

In 2006, the U.S. military announced that dazzlers were attached to M-4 rifles to serve as another form of defense in Iraq. Specifically, the dazzlers were used on drivers who failed to stop at checkpoints. This tactic was able to disorient, and therefore slow/stop the driver, without a fatality.