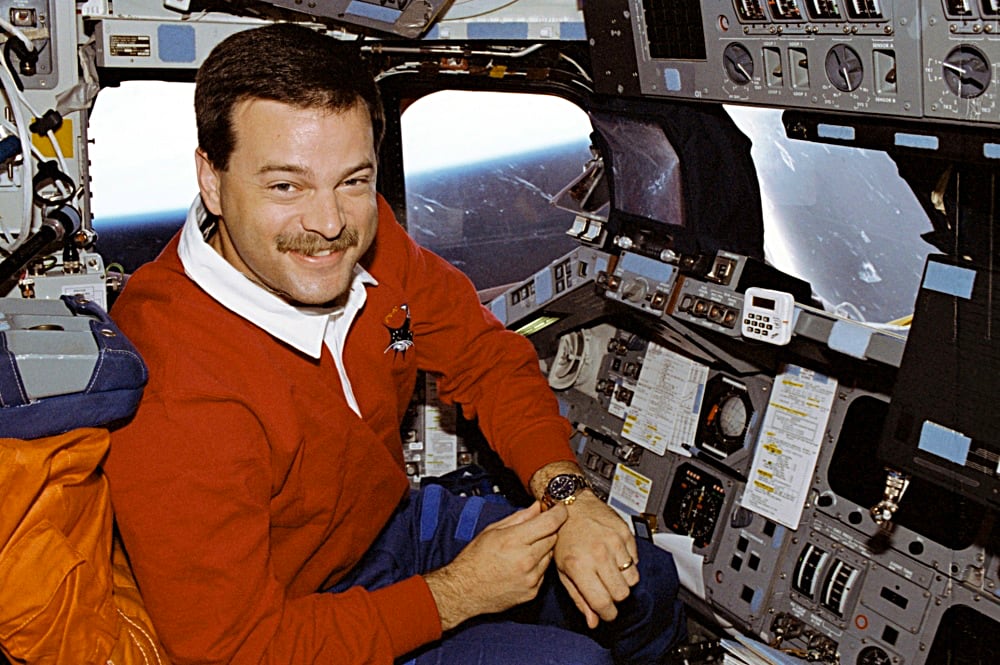 Scott Altman is a retired Navy Captain, Naval Aviator, test pilot, and former NASA astronaut with four Space Shuttle missions to his name. He’s also the stunt pilot that buzzed the tower at Miramar and flipped the bird in an F-14 Tomcat for the filming of the original Top Gun.

Altman is a native of Pekin, Illinois. He graduated from Pekin Community High School in 1977 and earned his bachelor of science degree in aeronautical and astronautical engineering from the University of Illinois in May 1981. In August of that year, he commissioned as an Ensign in the U.S. Navy and attended flight school. Altman earned his wings of gold in February 1983.

Altman’s first fleet assignment was at Naval Air Station Miramar in San Diego, California, then known as Fightertown U.S.A. His squadron, VF-51, had just returned from a seven-and-a-half month cruise when the Top Gun production came to Miramar. With all of their aircraft available, Altman’s squadron was selected to support the filming.

Additionally, Altman was one of four pilots selected to actually fly the F-14s for the movie. “Then the skipper got together and tried to pick four guys that he thought, were mature enough, I guess, to handle, you know, the capability that they were being given in working with the movie, and all the things that were required,” he recalled in a NASA interview. “And the director wanted to have a small cadre of people that he could work with so you develop an understanding of what the movie folks want versus what we can do and how to try and balance those two requirements.”

Altman’s claim to fame from Top Gun is the iconic buzzing of the tower that landed Maverick and Goose in hot water on their first day. “You know, most Navy pilots don’t get to buzz the tower like in the movie – if you did you could just peel your wings off and, throw ’em at the door because you probably wouldn’t be flying anymore – but, since it was Hollywood, you know, they wanted the scene. I had to buzz the tower,” he recounted. “And, of course, they wanted nine different takes – so we did it nine times!”

In addition to buzzing the tower, Altman can be seen in the film flying inverted and flipping the bird. “They said go ahead and gesture at the other airplane,” he told CNN in a 2009 interview. “So when you’re looking at the scene where he’s communicating with the Russian, or the bad-guy pilots in the movie, that would be my finger.” Unfortunately, Altman and the other pilots who flew for the film were on another deployment when Top Gun was released and were unable to make either the preview screening or movie premiere despite being invited by the studio.

Altman completed two cruises flying the F-14A Tomcat while he was stationed at Miramar. In 1987, he was selected to attend the Navy Test Pilot School. Altman graduated in June 1990 and received a master of science degree in aeronautical engineering from the Naval Postgraduate School. He spent the next two years working as a test pilot on F-14 programs including the first operational deployment of the F-14D with VF-31 in 1992. During the deployment, he was awarded the Navy Air Medal for his role as a strike leader flying over Southern Iraq.