Today in military history: Greek soldiers sack and burn Troy - We Are The Mighty 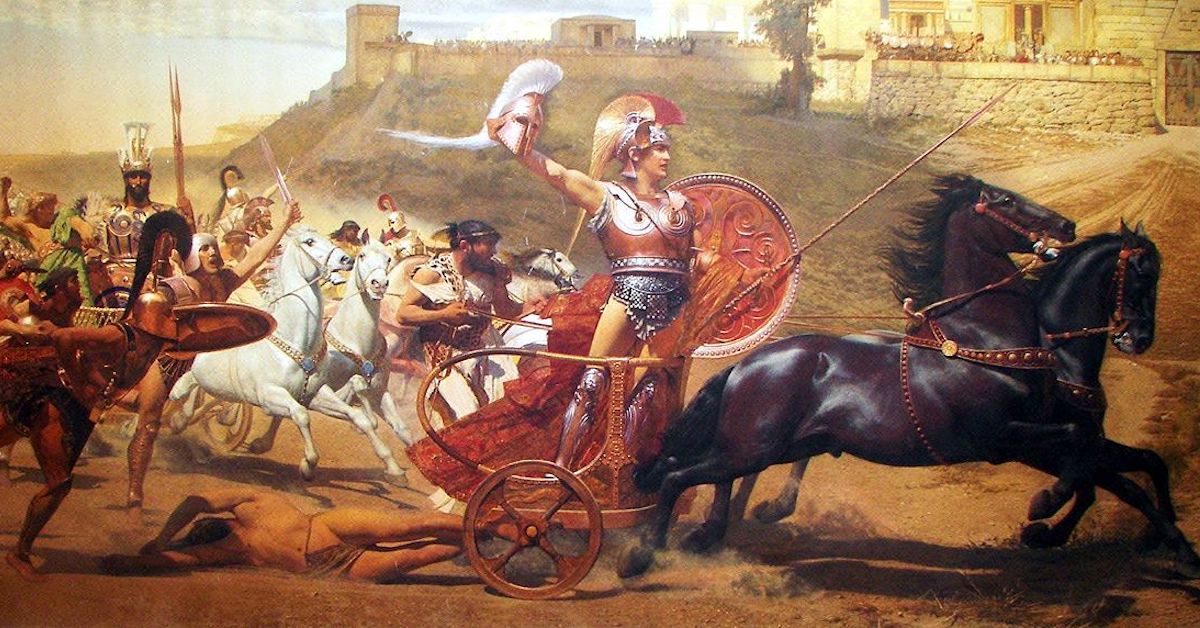 On June 11, 1184 BC, Greek soldiers, hiding in an elaborately-built wooden horse, opened the gates to the city of Troy and laid waste to the once famed city.

Renowned historian Homer tells the story of how Paris, a prince of Troy, eloped with Helen, who happened to be Queen of Sparta.

The King of Sparta, Menelaus, was understandably less than thrilled. Helen was dubbed “the face that launched a thousand ships” as Menelaus did just that and set sail for Troy to exact his revenge.

The Greeks laid siege to Troy for ten years but were unable to beat Troy’s impenetrable city walls. One day, they built a massive wooden horse and left it at the city gates as an offering.

Believing they won the war, the Trojans took the horse into the city as a war trophy. As Troy slept soundly that night, Greek warriors snuck out of the horse and opened the gates for the Army outside. Once inside the walls, they sacked and burned the once great city, killing nearly everyone inside.

Scholars and historians continue to debate whether the Trojan War was history or myth. Excavations conducted by German archaeologist Heinrich Schliemann and others provide evidence to suggest that the city of Troy was indeed real, and located in modern Hisarlik in Turkey. As for Paris, Menelaus, Helen, or the great Achilles, it’s subject to speculation. Classical Greeks treated Homer’s work as history while many believe the epics to have been exaggerated.

Nonetheless, Homer’s rendition of Troy, its downfall, and the glory of Greece remains one of the most significant pieces of military literature for all of mankind.

Featured Image: Triumphant Achilles dragging Hector’s body around Troy, from a panoramic fresco of the Achilleion by painter Franz Matsch 1892.