Mahogany wood from WWI is being used to repair the U.S. Capitol building - We Are The Mighty

Mahogany wood from WWI is being used to repair the U.S. Capitol building 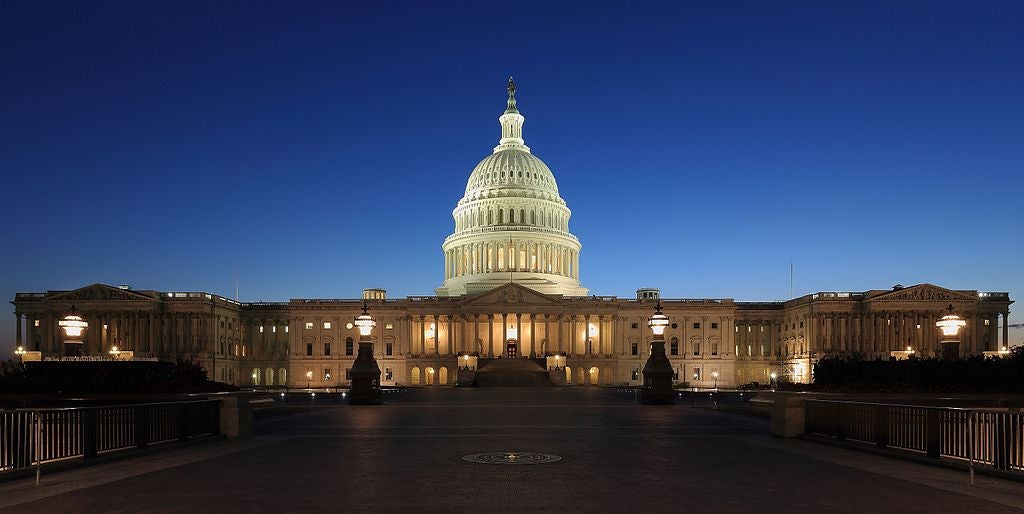 US Capitol at dusk as seen from the eastern side. (Wikipedia).

On January 6, 2021, the U.S. Capitol building was the target of a riot. The event left the historic building vandalized and destroyed irreplaceable wooden artifacts and objects including doors, millwork, molding and desks. However, a joint project between the Department of Defense, Forest Products Laboratory, and the Architect of the Capitol aims to repair the damage with historical wood.

Tucked away in a dark storage stall in the FPL basement was a stack of priceless mahogany lumber. The wood had been there since 1919 and accumulated over a century of dust before an FPL crew dug it up. The 78 11.9 inch-by-12 foot boards will be used to repair the damage at the Capitol.

Today, the value of the 3,000-lb. pile of lumber is incalculable. Mahogany is protected under an international conservation agreement and the high-quality, old-growth mahogany originally used in the Capitol is no longer available. The FPL estimates that the stack was harvested in the early 20th century. Although its geographic origin is unknown, the FPL believes it was originally designated for military use during WWI.

A technical report from 1919 titled “Warping of Aircraft Propellers” aimed to evaluate the effect of the trans-Atlantic voyage on the wooden propellers used by airplanes sent to France. To conduct this warping research, the U.S. War and Navy departments enlisted the help of the FPL.

“We cannot be 100 percent sure this sample of lumber was used in the study described in the 1919 report, but it is the same species combination, it fits with the research the lab was doing at the time, and it’s been in the storage stalls since 1919” Dr. Robert Ross, an FPL research engineer, told the FPL’s Lab Notes News. “Though the records are not complete, the evidence for its original purpose is more than compelling.”

Dr. Ross has worked at the FPL for over 30 years and has been involved in many historical preservation projects. However, he notes his work on the Capitol reconstruction as one of great significance. “It is truly a privilege and honor to take part in the restoration of one of the most important buildings in the United States,” he said. “It’s at the center of our country and government. And I consider working on the U.S. Capitol the most important project I’ve ever worked on because it serves to rebuild the heart of our democracy.”

The 1919 mahogany was carefully and painstakingly bundled in tarps by FPL researchers for its 850-mile journey from Madison, Wisconsin to the Capitol. Less than a week later, Architect of the Capitol J. Brett Blanton received the historic timber. “I’m humbled and so appreciative of the support from the United States Forest Service. The mahogany provided by USFS is invaluable and will be used by the Architect of the Capitol to restore historic millwork in our nation’s temple of democracy,” Blanton told Lab Notes.

The Capitol’s carpentry shop began the restoration process with the 1919 mahogany in June 2021. “FPL has a long history of significant contributions to our nation since its establishment in 1910. During WWI we worked with the DoD to improve airplane construction and parts,” FPL Station Director Dr. Cynthia West said to Lab Notes. “We are proud to offer a piece of the laboratory’s history that was used in the defense of our country to now repair our U.S. Capitol Building, the seat of our democracy. Today our work has grown from these early roots as we advance research towards a sustainable future by developing renewable wood-based building solutions and new materials from wood.”