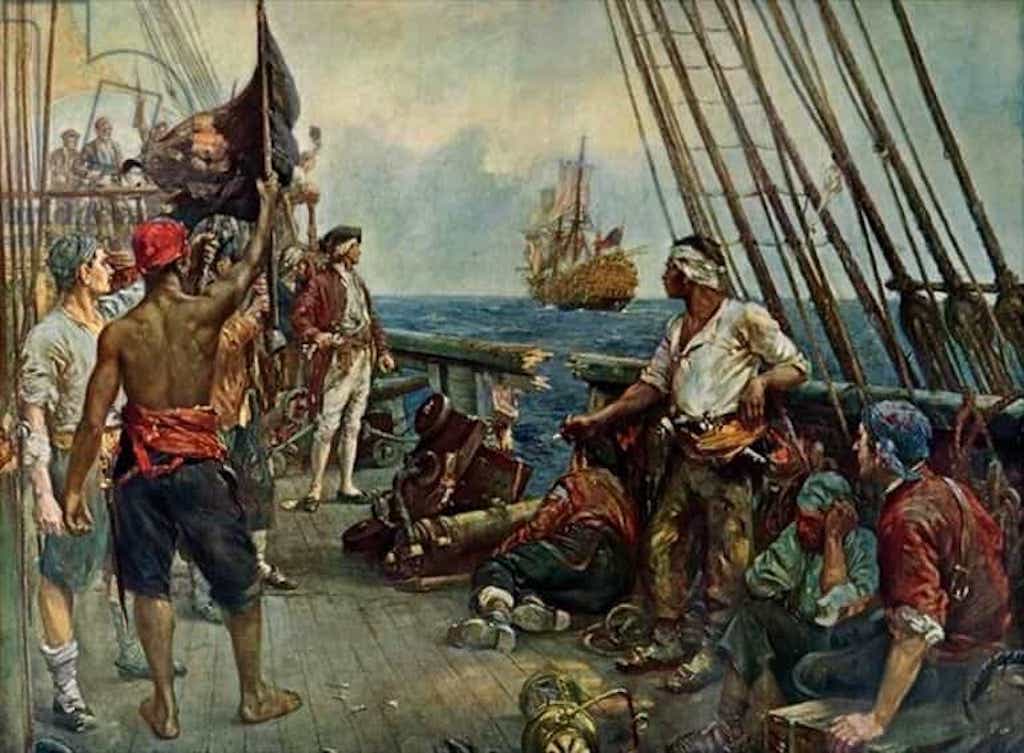 There’s probably not a pirate book, movie, television show or other depiction of these seafaring mercenaries that doesn’t feature an eyepatch in some way, shape or form. Pirates are synonymous with eyepatches in popular culture, and it’s actually not a bad depiction, but probably not for the reason most people think.

The way we view pirates today dates back to the Robert Louis Stevenson book “Treasure Island.” First published in 1883, this book was released well after the golden age of piracy on the high seas, so Stevenson’s depiction of pirates is probably inaccurate at best, and pure fabrication at worst.

Things like the bizarre pirate accent, parrots, and peg legs are all just products of Stevenson’s descriptions, along with the movie portrayals of the characters some 70-80 years later. But the one thing that is definitely accurate about the popular view of pirates is the use of the eyepatch – it was a necessary evil while boarding another ship and clearing it of enemy crewmembers.

So rather than sporting eye patches to cover a gruesome eye wound, it had a functional purpose. After all, why would a bunch of pirates care if their eye wound was intimidating? Isn’t that the point of looking like a scary pirate? Instead of wearing it all the time, they wore the patches only during boarding parties to be able to go below decks, where they might otherwise be at a disadvantage.

Eyepatchs would preserve their night vision in one, a very necessary vision-saving technique when going from the light of day into the dark hold beneath the decks of a wooden ship in the Age of Sail. There wasn’t just a light switch to flick and carrying a flaming torch down below would carry the dual risk of making them a target in the dark room while potentially lighting things like powder kegs on fire.

Going from the light above into the dark of the ship’s hold during a fight would also be hazardous to one’s health. You might literally never see what hit you, which will probably be a cutlass or musket ball. Covering one eye to preserve the ability to see might mean the difference between life and death.

You might be sacrificing a little peripheral vision and some depth perception, but it’s better than going into combat completely blind. Going into the hold cold turkey would require several minutes of defenseless adjustment, and I don’t know if you’ve ever heard what ships used to do to pirates, but it’s not pretty. We’re talking about 20-30 minutes to fully adjust to differences in brightness.

It might seem like such an overly simple solution, but that’s because it really is. It’s so simple and effective, in fact, that Air Force flight surgeons still recommend closing one eye to retain darkness adaptation, even for pilots flying at altitude or in the wake of a large flash of light, such as a nuclear blast.

Every modern field guide, from the Air Force in flight to the Marine Corps on the ground recommends the equivalent of an eye patch in modern combat. So whether you’re a seaborne pirate raiding the holds, a Marine in the field looking through the muzzle flashes, or dropping nuclear bombs at night, keep one eye peeled… but only one.