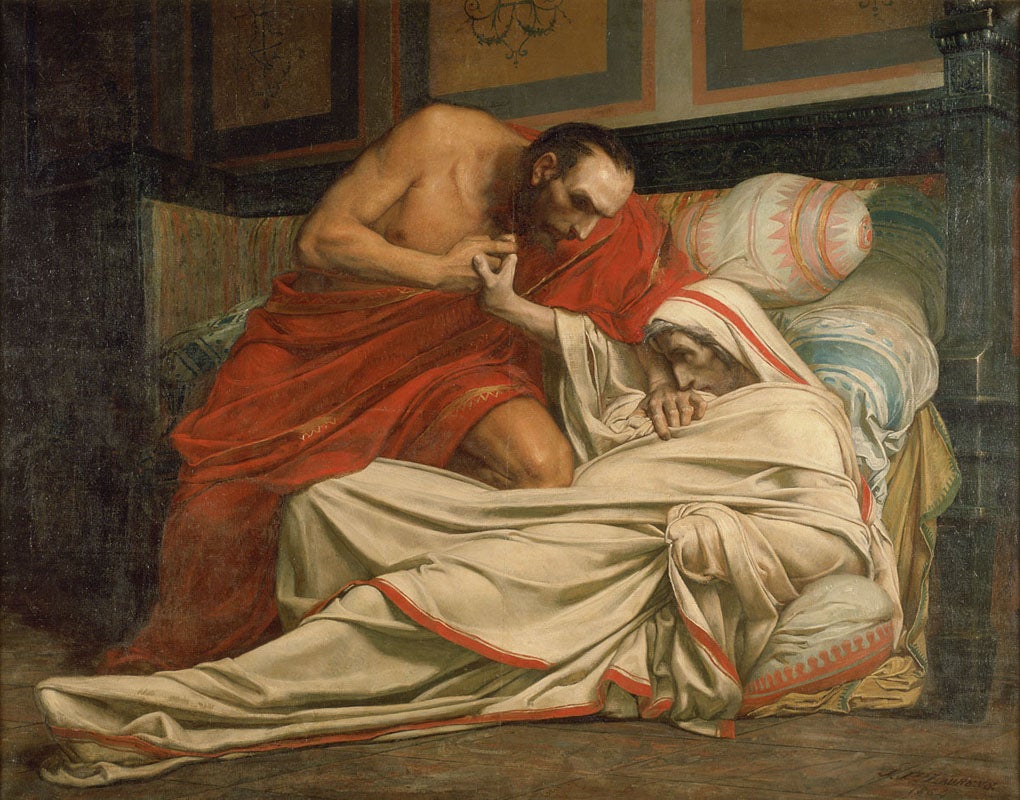 The Death of Tiberius by Jean Paul Laurens. (Public domain).

Throughout the centuries, humans have been devising ingenious ways to torture and execute each other. Torture methods were used to force a confession for a crime, punish enemies or act out sadistic fantasies. Emperor Tiberius, who ruled from 14th to 37th A.D. was one of the most hideous and savage Roman rulers. Even before Tiberius succeeded emperor Augustus, his inhumanity was seen by servants and people closest to him.

No one wanted to cross or come into contact with him because of his barbaric ways. He would torture anyone for his pleasure, even those who were not at fault. When Tiberius passed on, the Romans were joyful as they knew their dark days were over. Unfortunately, the next successor had learned from Tiberius what to do when the carrot was not enough.

Tossing over a cliff

Tiberius had many lovers, and this was no secret. He often chose lovers from the Roman community, and they all worked tirelessly to please him in all ways. If any of his lovers displeased him either during intimacy or by the way they looked and dressed, he would toss them over a 1000-foot cliff. Tiberius would have his guards do this as he watched closely. His cold-blooded character was revealed in his childhood and was discovered by his mentor Theodorus.

A fisherman once went fishing and returned with a humongous mullet, which he presented to the king. While most rulers would have been thankful and happy in such ordeals, Tiberius tortured the man instead. The news got to the emperor that the fisherman had clambered his way from the back of the island, which apparently upset Tiberius. He had the man’s face scrubbed with fish until no one could tell who he was.

During his torture, the fisherman prayed to the stars and thanked them for not giving the emperor the huge crab he had caught. Tiberius overheard this and commanded that his face be scrubbed with the crab until he died of agony.

Throwing upon the stairs of mourning

Stairs of mourning was a place where family and relatives stood when their loved ones were being executed. Close family members would often be executed with the accused, and if not, they would be ordered not to mourn. Anyone caught mourning would be thrown upon the stairs of mourning as punishment. They would be dragged using hooks to the Tiber, and it did not matter whether they were women, children or elderly. Young women would be sexually assaulted by the executioners then strangled afterward. If any of them begged to be killed, they would extend their torture and keep them alive longer because the emperor believed that death was an easy way out.

Once, Tiberius sexually assaulted two young boys and forbade them from telling anyone. Since he had instilled fear upon everyone, the two boys never said a word. Not long after, one of the boys started complaining and spreading the news on how they were sodomized. Of course, everyone believed the boy because Tiberius was known for such acts. When news got to him that the boy was protesting against him, he ordered that their legs be broken.

Tying guest on a rack

One of his favorite unscrupulous torture methods was tricking guests into drinking too much wine and feeding them excess food. Just when the guests got too comfortable, he would order his servants to tie them on a rack after which they would be stretched. The guests’ groins would be tied with knots to keep them from urinating to make the pain worse.