Was Mr. Rogers a deadly sniper in Vietnam? - We Are The Mighty

Was Mr. Rogers a deadly sniper in Vietnam? 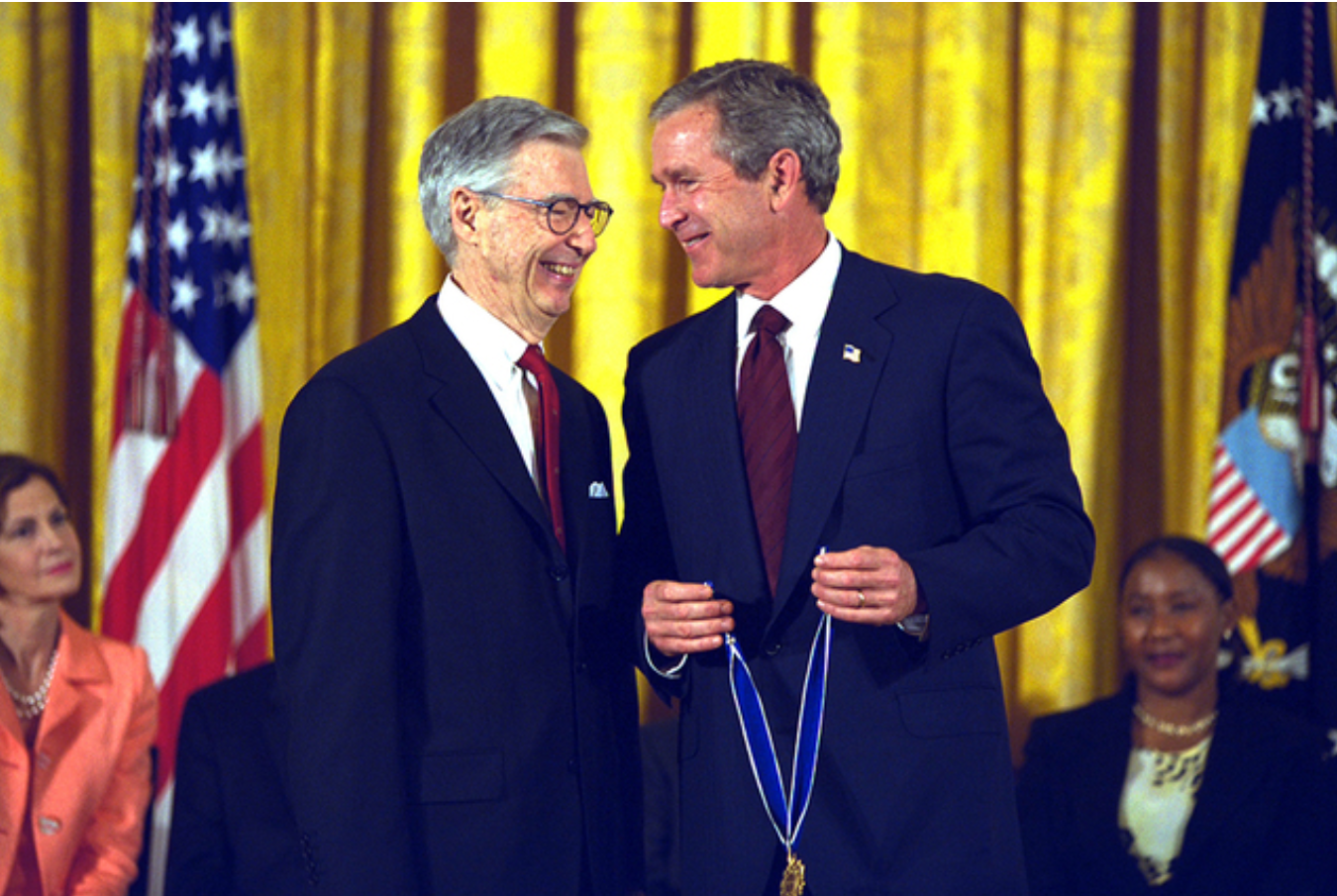 Beloved children’s show icon Fred Rogers, who passed away in 2003, has long been the subject of an unusual urban myth – that before his days of red cardigans and puppeteering, he was a decorated battlefield veteran. The fact of the matter is that despite receiving the Presidential Medal of Freedom from George W. Bush, Rogers never served in the armed forces. How, then, to explain this popular but mystifying narrative?

Born near Pittsburgh, Pennsylvania, Fred Rogers was raised by a mother who volunteered at a hospital and a father who presided over the McFeely Brick Company in Latrobe. In his childhood, Rogers was a shy introvert, overweight, and prone to asthma attacks. Luckily, life improved for him in high school. As he told NPR’s Terry Gross, “I made a couple friends who found out that the core of me was okay. And one of them was…the head of the football team.” He went on to serve as student council president and editor-in-chief of the school yearbook, as well as National Honor Society member.

After a brief TV stint at NBC in New York City, Rogers returned to Pittsburgh to work at public television station WQED, where he developed the children’s show The Children’s Corner, which was the seed from which Mister Rogers Neighborhood would grow ten years later (airing in 1968), running for nearly 900 episodes.

To better understand why the public would assign such a well-scrubbed paragon of decency as Mr. Rogers with a blood-soaked war record, History.com spoke with Assistant Professor Trevor J. Blank, who teaches communication at SUNY Potsdam. According to Blank, “Urban legends sometimes distort the positive to create a sense of intrigue,” and, ““Mr. Rogers, by all accounts, seems like a very mild-mannered, Puritan-esque character…Him having a very macho back story or being a ruthless killer is kind of titillating; it runs counter to what you’re presented as true in your day-to-day experience.”

One lesser-known chapter in Fred Rogers’ story is his visit to Moscow in 1987 during the height of the Cold War. The goal was to teach Russian children compassion and kindness, but in a broader sense it was an effort to build a bridge between warring nations. An East-West crossover was filmed, with Rogers appearing on Goodnight Kiddies and Russian star Tatyana Vedeneyeva guesting on Mr. Rogers’ Neighborhood. Blake Stillwell, a contributor here at We Are the Mighty and Military.com, writes, “Through a translator, Rogers is introduced to the Soviet show’s host, Tatyana Vedeneyeva, as well as her friends Khryusha the piglet and Styopa the rabbit. The exchange is nothing short of heartwarming.”

Fred Rogers’ work in children’s television can be defined as something of a humanitarian effort. Some of these qualities owe to Rogers’ mother Nancy Rogers, who always engaged with him as an adult, never talking down to him. In Maxwell King’s book The Good Neighbor: The Life and Work of Fred Rogers, he writes “She loved to talk. And she loved to talk with Fred,” writes King. But “never to Fred; always with Fred.” His religion extended to the programming he diligently crafted for so many years, but he never put too fine a point on it in the episodes. He once said “You don’t need to speak overtly about religion in order to get a message across.”

Navy Times writes: “Rogers attuned children and their developmental journeys to the most significant attributes of what it means to be a human: love, compassion and kindness for others. In many ways, this is also what he meant by being a good neighbor.”

The man and his message are in many ways antithetical to the battlefield experience, making the urban myth of his time as a warrior all the more confounding. But while he was no legend on the battlefield, he was definitely still a hero.