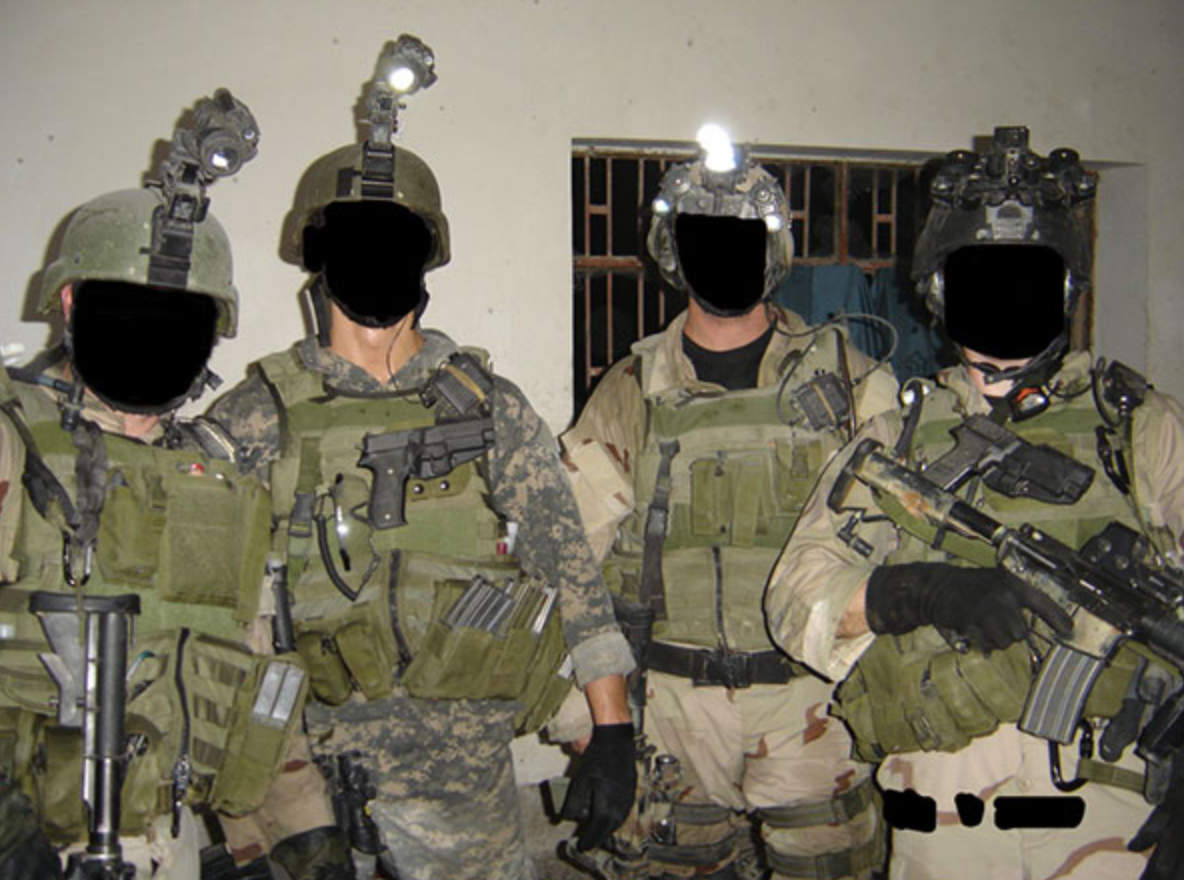 In the world of special operations, the UK’s Special Air Service (SAS) is as good as they come. They are the British government’s elite counterterrorism unit, specializing in rescuing hostages, covert reconnaissance and generally taking the fight to unsuspecting bad guys all over the world.

Formed during World War II, they were the blueprint for the U.S. Army Delta Force, Israel’s Sayaret Matkal, and almost any other special operations force the world over. After World War II, the elite SAS served in nearly every UK military action around the world, from hunting down communist rebels in Malaya to the Troubles in Northern Ireland and from the Falklands to the Global War on Terror.

In that time, the SAS has experienced its share of victories and setbacks, but its story only grows with each mission. With each mission there are always standout soldiers who overcome incredible odds in the face of the enemy – and become legends even among special operators.

As an officer in the No. 8 Guards Commando, Stirling first saw action at the capture of Rhodes,  and the Battles of Crete and Litani River. It was while fighting these pitched battles that he realized a small team of special soldiers could be much more effective, doing extreme damage with minimal casualties. The story of how he pitched the idea of creating the Special Air Service is worthy of an article of its own, but by 1941, the SAS was operating in North Africa.

Using stripped-down Jeeps and a new kind of demolition bomb, Stirling and his new SAS were wreaking havoc on Axis airfields across North Africa. German Field Marshal Erwin Rommel dubbed Stirling the “Phantom Major,” and was able to capture the British officer. After a series of escape attempts with mixed success, Stirling was finally captured for good and sent to Colditz Castle in Germany, where he spent the rest of World War II.

In 1972, the SAS were sent to Oman to train the Sultan’s soldiers to fight a communist insurgency from neighboring Yemen. Defending a small fortification near the port city of Mirbat were nine SAS troopers with small arms and a Browning machine gun. The SAS soon realized that 300 communist fighters were making their way toward the house, but they weren’t close enough for the British troopers’ small arms to be effective.

Sgt. Talaiasi Labalaba ran out of the house to a 25-pounder artillery gun some 200 meters away and began to fire it at the oncoming human wave. While operating the gun was a six-man job, Labalaba managed to fire off a round every minute by himself, as bullets whizzed by. After an hour of firing the gun, Labalaba was wounded and another trooper, Sekonaia Takavesi, came to his aid. Labalaba and Takavesi fought on for two and a half hours, until the gun was out of ammo.

Labalaba and two others were killed in the defense of Mirbat, but they held their ground because of Sgt. Labalaba’s skill with artillery.

Mayne was an early member of the Special Air Service, one of the UK’s most decorated soldiers of World War II and picked up where David Stirling left off. Initially the head of an anti-aircraft battery, the Irishman was transferred to the Royal Ulster Rifles and then No. 11 Scottish Commando. There, he invaded Vichy-held Lebanon and Syria. His skills in combat saw him transferred to what was then called the “parachute unit,” but would soon be known as the Special Air Service.

His first combat with the SAS came during night raids in North Africa, destroying aircraft, fuel supplies, and ammo dumps in 1941. He was soon placed in command of the SAS, fighting behind enemy lines in France, the Netherlands, Belgium, Norway, and even into Germany. His exploits in the war earned him four Distinguished Service Orders, the French Legion d’Honneur on Croix de Guerre.

Jock Lewes is many things, but first and foremost, he’s the SAS trooper who discovered that explosives used by Stirling and his men in North Africa weren’t as effective as they needed to be. The bomb he developed used diesel oil and plastic explosives to make sure Axis planes and vehicles could never be used again. The Lewes Bomb, as it came to be called, was used throughout the war to devastating effect.

Lewes was one of the first men to volunteer for Stirling’s new SAS unit and was killed by enemy aircraft while raiding an Axis airfield in Libya in 1941.

Scotsman John McAleese is one of the UK’s most decorated soldiers of all time. He’s one of the rare SAS soldiers who saw fame while serving, as the world watched the UK’s response to terrorists taking over the Iranian Embassy in London. For six days, the British government lay siege to the embassy. On the sixth day, they killed a hostage and the SAS were called in.

The world watched live as McAleese and his blue team followed the red team into the embassy by blowing their way into a first-floor window. In 17 minutes, the SAS killed all but one of the terrorists, losing only one hostage. McAleese also served in the Falklands War and earned medals fighting the Irish Republican Army during the Troubles.