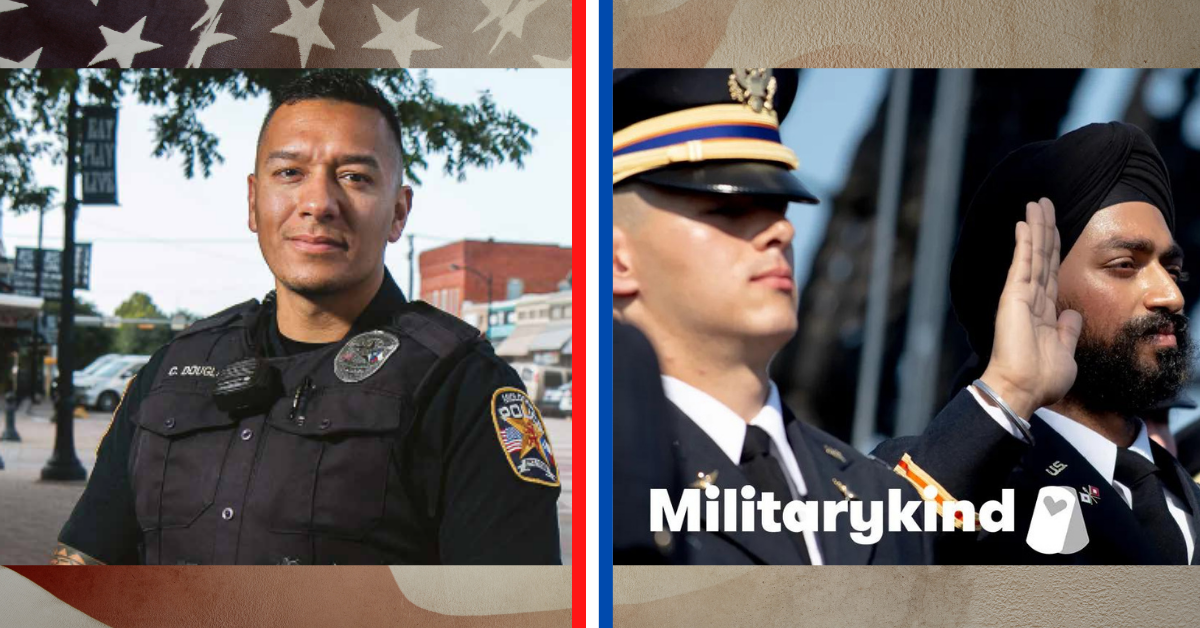 On December 9, 2021, Jenna Bush Hager will host the Best of Humankind Awards. Amongst the categories for extraordinary selfless acts of kindness is the Militarykind award.

The USA TODAY awards celebration received over 650 nominations this year. Viewers will be treated to recognitions like Educator of the Year, Healthcare Worker of the Year and even Humankind Act of Kindness Caught on Video.

According to its website, the awards celebration honors everyday people who have demonstrated the highest level of kindness, compassion and perseverance. Each Humankind award recognizes and celebrates an everyday person who is making a difference in their community.

Among the stand-out categories this year is the Militarykind Award, too. The finalists for the honor are Air Force veteran Christopher Douglas (known as the “Captain America” of Texas) and Massachusetts Army National Guard 1st Lt. Kanwar Singh. Both worked tirelessly in and out of uniform to serve and protect.

Douglas was nominated for the award because of his deep commitment to the Make A Wish Foundation and the North Texas children’s hospitals. He spends his time suited up as Captain America visiting and surprising children all throughout Texas.

“I was so excited to learn that I had been nominated for the Best of Militarykind Award. Nothing makes me happier than having served my country and now my local community both professionally and as a volunteer,” Douglas shared. “I hope that if my work does anything, it inspires other veterans to get involved in their communities and support their neighbors.”

In his nomination acceptance video, Douglas discusses the need for more positivity and good in the world. “I wanted to give back for the community and for the kiddos,” he says in the video. Not only does he give his time to working with Make A Wish children but he serves it as a police officer, too.

Singh received his nomination for his work to create spiritual inclusion within the military. After coming to America in 2007 with just two suitcases at 17 years old, it was his hope to practice his faith in peace. Witnessing the Boston Marathon bombing left a lasting impression on him. So too, did a speech at Harvard University by the late Senator John McCain, encouraging students to serve in the Armed Forces.

He wanted to serve but as a Sikh, he was barred due to his long hair and beard –– which are articles of faith. After working tirelessly with members of Congress and the Armed Forces, change came. Thousands of members are now able to serve their country because of his advocacy.

In his nomination acceptance video, he discussed his own experience navigating the journey of creating diversity and inclusion for varying faiths within the military. “I could not serve back in 2014 primarily because of my religious beliefs,” Singh said in the video. “But I was able to work with the military in a diplomatic manner to make some policy changes happen that allowed not just me to serve but other religious minorities as well who needed religious accommodations.”

He was humbled to be chosen as a finalist for the Militarykind Award, he said. “It is such an honor to even be nominated alongside such a great group of human beings working to make our communities better places. Win or lose, I will continue to ensure all U.S. military personnel are able to practice their religious beliefs while serving the country we all love,” Singh shared. “It hasn’t always been an easy road but receiving this nomination and the recognition of my efforts has made it beyond worth it and I’m even more motivated now to continue helping others.”

Tonight at 7PM EST viewers can tune in to the USA TODAY channel to watch the awards or head over to Humankind on YouTube, Facebook, Twitter, or TikTok profiles to see who won. You can also enter into the sweepstakes to not only with $1,000 for yourself but to snag a matching donation for your favorite charity.

Make sure you set an alarm to find out who the Militarykind award will go to. As America navigates the holiday season and saying goodbye to 2021, finishing the year with stories of good seems like the way to go.

Human. Kind. Be both.