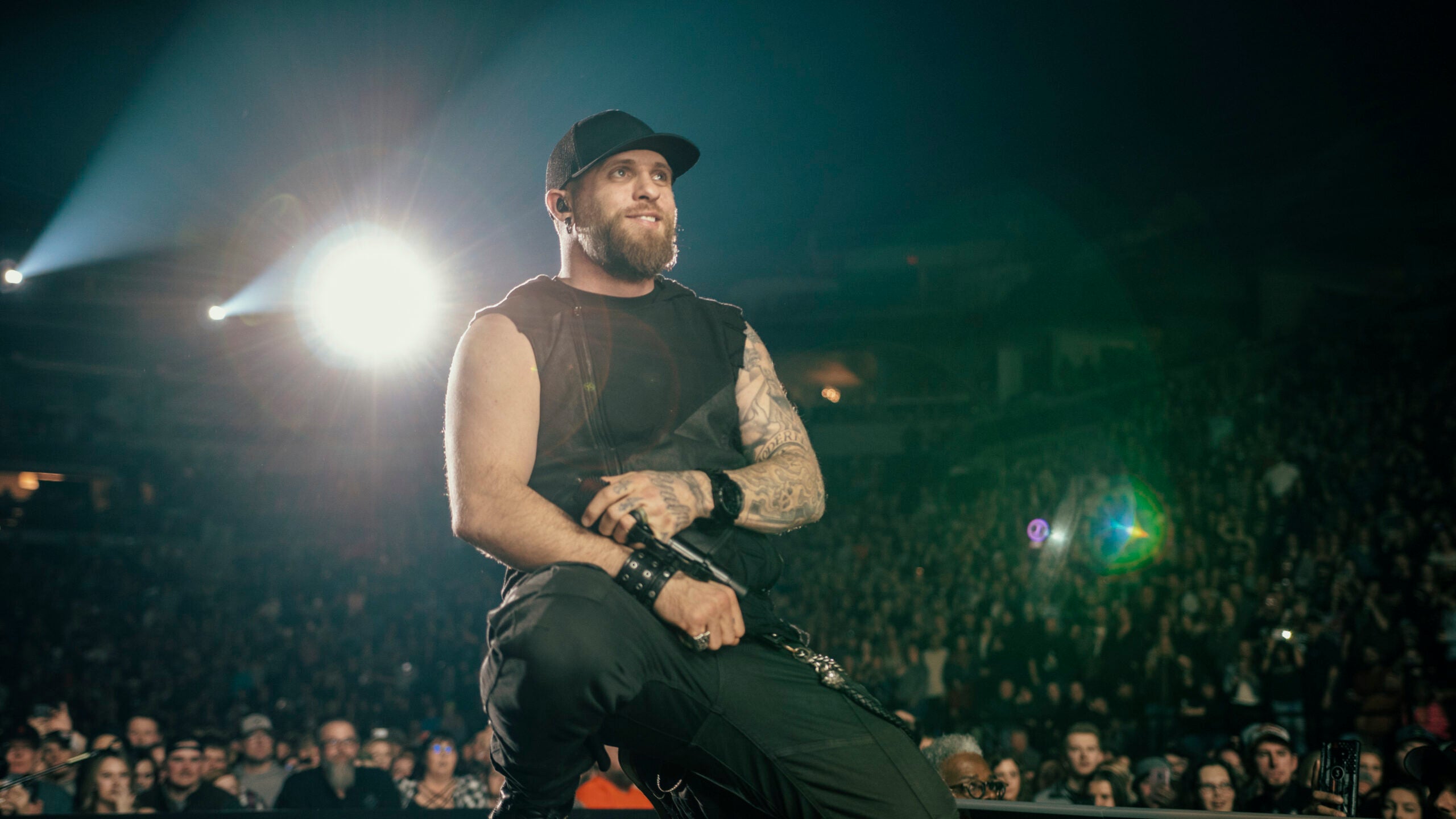 On April 10, 2021, Brantley Gilbert took time away from preparing for the Academy of Country Music Awards to be with three military families. To him, they are the real stars.

The virtual event was organized through a partnership with Operation Teammate, a nonprofit organization run by Air Force veteran Timothy Montjoy. When asked why it was important to him to take part in, Brantley was direct. “Service men and service women are heroes and I believe the families they leave behind in order to serve are the unsung heroes,” he explained. “They’re also making sacrifices to ensure our health and safety. I wanted to make sure they knew that we appreciate them just as much as we appreciate those in the uniform.”

Brantley’s grandfather and uncles all served in the Armed Forces, leaving a deeply ingrained appreciation and respect for the military. In fact, he and his wife regularly work with the Atlanta Humane Society to place service animals with veterans in need. When the opportunity to sit down with military families came up, Brantley said it was the least he could do.

Every April is dedicated to military children, who are often forgotten in the everyday struggles that military families face. Originally dedicated in 1986, it’s taken on a new life in recent years. Numerous studies have been conducted on the mental health impacts of America’s children of service members which have all demonstrated the need for more resources and organizations. It’s a fact that Montjoy was keenly aware of.

Operation Teammate was established in 2015 with the goal of showing children the benefits of being a part of a team and utilizing sports in their lives. For Montjoy, who had become a single dad after returning home from his last deployment, it was personal. “As my daughter and I grew up in the Air Force together, there were times where I would have to be away from her for extended periods of time and we recognized the need for more direct support during that time of separation for military children,” he explained.

Montjoy saw the need for something like this not just for his military child, but all of them. The beauty of this organization is that it’s one team that follows the military child wherever they go, an anchor in an uncertain and always-changing lifestyle. “The goal of our experiences is for the attending military children to learn from the success journeys of the community influencer and to be inspired to find their own path in life,” said Montjoy.

One of the goals of each event is to show military kids that they are seen and valued. “Mr. Brantley Gilbert clearly understands the sacrifices that military children go through and our event with Brantley resulted in our attending military children understanding that someone of influence appreciates and supports them 100 percent,” Montjoy shared.

The virtual event with Brantley had children from all ages and brought a lot of laughs, especially when he was told he was too old for jiu jitsu. “There were some great personalities in that group,” he said.

Humor and fun aside, sitting down with the military children really hit home for Brantley. “I have two kids of my own and I often leave them for days or weeks at a time on tour, and I know how much I miss them. And I know that’s incomparable to what these families go through,” he explained. “Being a military family is what I consider to be one of the biggest sacrifices you can make, and the least I can do is let them know they’re appreciated and supported.”

Though Brantley may assume what he did was small, it wasn’t. For kids and military children especially, being seen and valued can and is life-changing. “I hoped to let them know that we see everything that they go through and we’re grateful for them being so strong, being away from their mom or dad or sibling is a difficult thing to do,” he said. “I wanted to let them know that I have their back and I’d love to support them in any way that I can as a thank you.”