WATCH: Billings police officers win against firefighters in charity softball game - We Are The Mighty 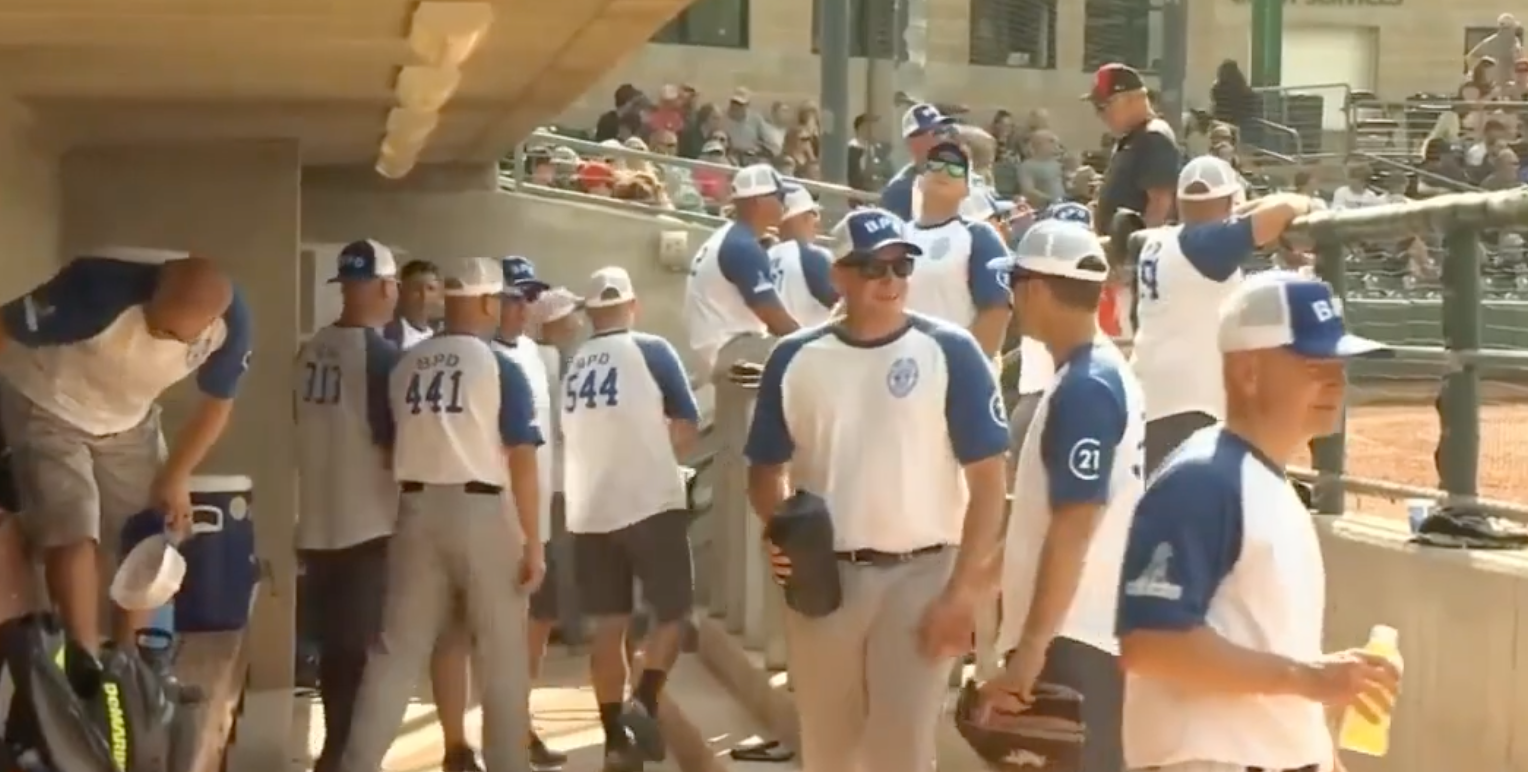 Police officers and firefighters in Billings, Montana, participated in a first responders softball game on Saturday, August 7, 2021, all in the name of charity. The event was the first of its kind, with these two branches of first responders coming together to play the game at Billings’ Dehler Park.

Nate West is Billings’ new Public Relations sergeant. After taking on his new role, West quickly realized that a lot could be done to develop community awareness about the department. So he came up with the idea as a way to build trust between police, firefighters, and the community. Most of the time, when people see first responders, they’re dealing with a crisis of some kind. On the job, police officers, in particular, can seem to be pretty unapproachable. West’s idea took the Billings first responders out of those crises moments and put them in a familiar and fun environment.

Seeing them out at the park having fun playing a softball game gives community members a chance to see them in another light. They can start to see them as regular people too.

The friendly competition between police and firefighters began on the softball field with good intentions in mind. Aware their community could use a little help, each department played for a charity. The two branches were competing to find out who could raise the most money for two different charities. Century 21 and disaster restoration company 1-800-BoardUp donated all the money to the event.

All for a good cause

Still, it wasn’t hard to get the two departments in the spirit of competition. For decades, they’ve had a rivalry dating back to an annual full-contact football game that Billings called the “Pig Bowl.” Unfortunately, excessive injuries from the event led to its eventual cancellation. Softball is the perfect alternative, as it’s a sport that allows for friendly competition without being a hazard.

In the end, the police officers were the big winners of the day, scoring six points to the firefighters’ four in the softball game. Hopefully, this will be the first of many annual softball games for the two departments of first responders. If so, the firefighters will have another chance to take the title next year.

First responders get into their fields of work because they want to help people. They wake up day in and day out, ready to help. Seeing the ultimate good in their work serves as a big motivator to put themselves in often dangerous positions.

Their commitment and dedication are what keeps the communities they serve safe and running. Being flexible and adaptable is a big part of the job, as people’s lives depend on their quick reaction times. First responders must always be willing to adapt to new situations.

For these reasons, they are eager to keep learning new skills and technology, and it’s all in the name of keeping people out of harm’s way. Everything they learn can play a role in saving time, which frequently translates to saving lives too.

First responders are a self-sacrificing bunch, having to give up time with their families and work odd hours. They are similar to the military community in many ways, as both put themselves at risk for the greater good.