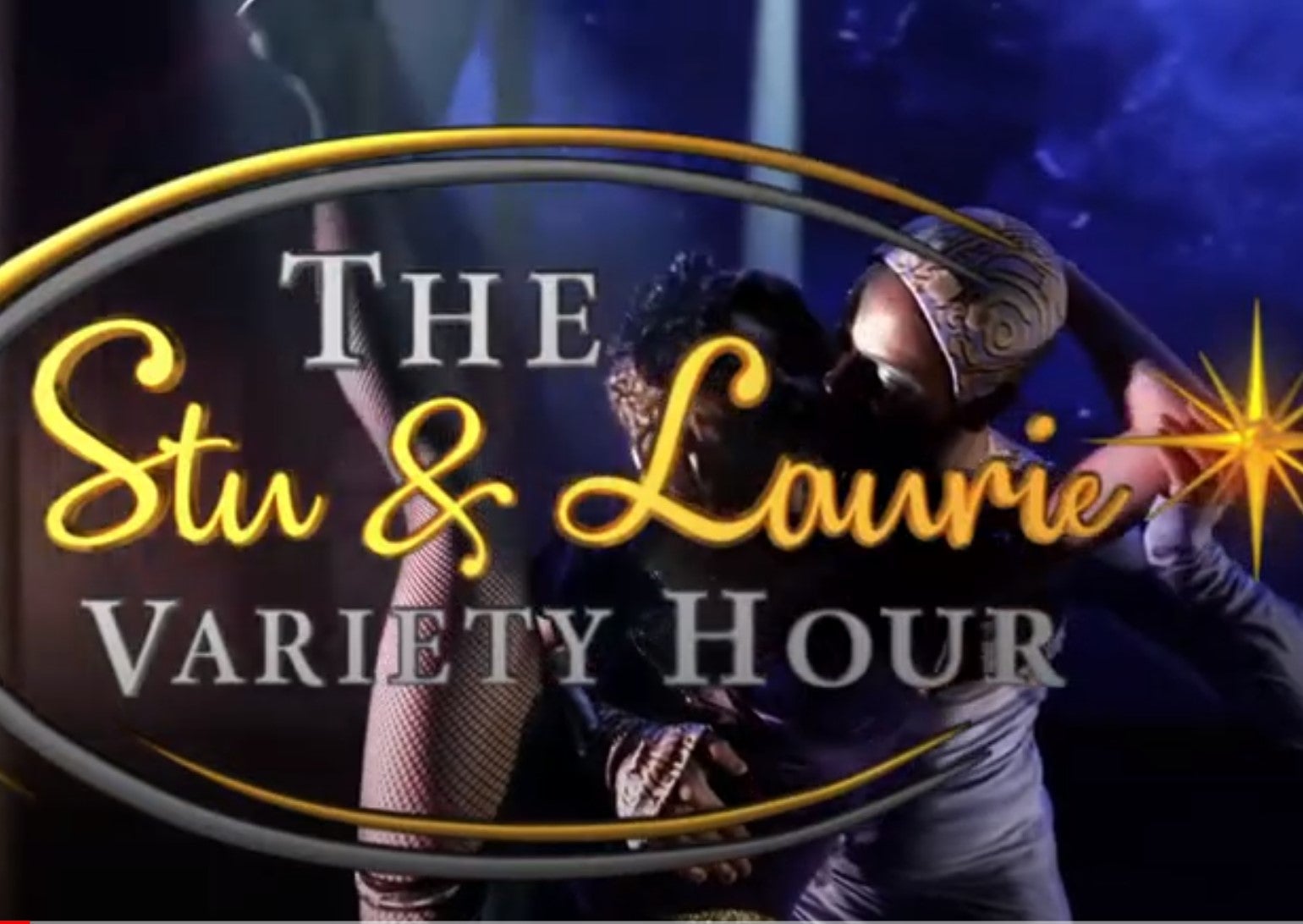 Stu Newmeyer and Laurie Stillman are a husband-and-wife comedy duo who are taking their show on the road. Specifically, they’re headed out of the casinos and nightclubs of the American West and headed for Newsmax TV.

The reason for the move is they’re looking to highlight the special causes and concerns facing American military veterans, as well as their businesses and charity projects, while raising money for those projects.

“The Stu and Laurie Variety Hour” is family entertainment, which is not a genre easily found on television screens these days. Like the hilarious variety shows of days past, including “The Dean Martin Show,” “Rowan & Martin’s Laugh-In,” and “The Sonny and Cher Comedy Hour,” Stu and Laurie want to bring back the good feeling of watching wholesome entertainment that the whole family can feel good about.

For Stu and Laurie, the difference is that they’re using the airtime to also remind Americans about veterans and military members, the struggles they face when returning home, and what we all can do to help. Most importantly, they’re highlighting veteran-owned businesses and veteran-run non-profits to help build awareness for those brands.

“These people volunteered to give a significant part of their lives to keep us and our country safe at a time when the rest of us weren’t really sure what the future had in store,” said Stu Newmeyer. “The best way to thank them is by supporting them in a real, direct, and effective way. For us, it’s family entertainment.”

“The Stu and Laurie Variety Hour” will feature comedy sketches, musical acts with A-list talent, and regular surprises for the viewer to enjoy. The show will also include live, in-show segments featuring veterans, their businesses, and their causes. The show’s sponsor, the VTN Commerce Club, will provide viewers with the means of purchasing products and services directly from those veteran-owned businesses.

Viewers interested in supporting veteran-owned businesses on the show can sign up for the VTN Commerce Club’s online store for a $15 monthly fee. A part of that fee goes directly to the veterans the shopper chooses to support. Once a member of the club, they can can purchase directly from veteran vendors featured on the show.

“Our show will also feature contests, promotions, and giveaways so we can encourage buyers to buy from all veteran-owned businesses, to hire more veterans, and for businesses to offer discounts to military members and veterans,” says Newmeyer. “And driving internet traffic to those businesses’ website is also a very important part. The more people learn and buy, the better off everyone is. The businesses get the revenues and the buyers get a great, high-quality product.”

Some of the businesses participating “The Stu and Laurie Variety Hour” include Combat Boxes, a monthly subscription box filled with vet-owned products, Scars & Stripes Coffee, which empowers veterans to open their own franchises, and the Women Veterans Alliance, a national organization that seeks to empower and positively impact the lives of female veterans.

“The Stu and Laurie Variety Hour” will air Sundays on Newsmax TV starting on May 16, 2021.. The fourth show of every month will be a two-hour telethon to raise donations for veteran causes.