Why this Air Force veteran is running the Boston Marathon 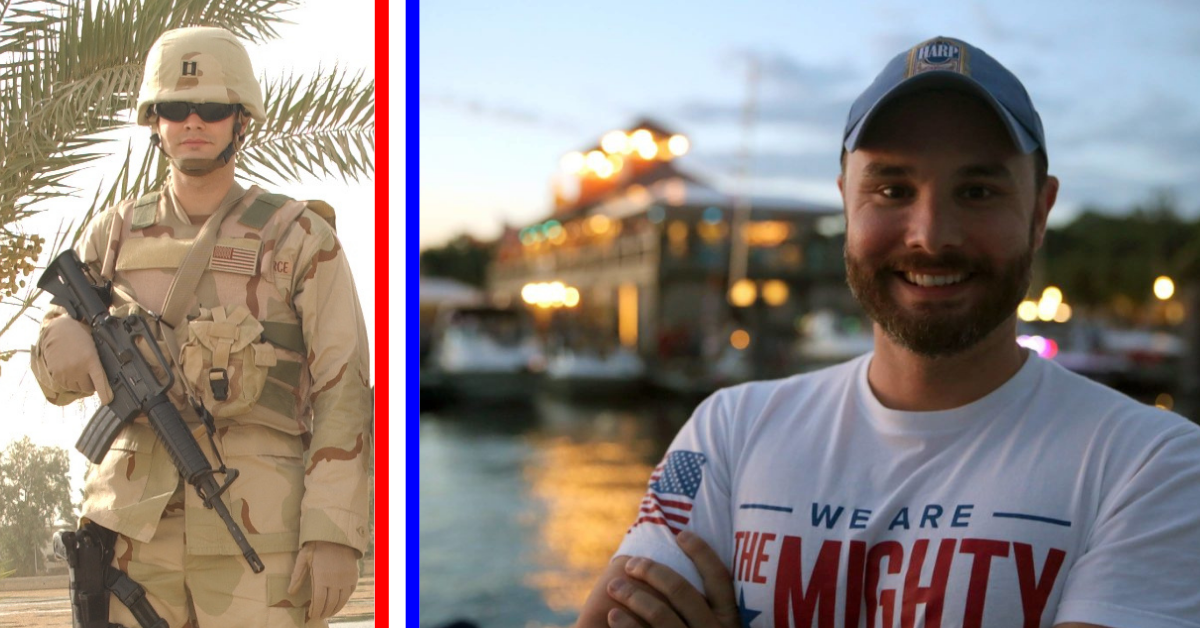 On Monday, October 11, 2021, We Are The Mighty’s President and CEO Mark Harper will be running the Boston Marathon in support of the USO. It’s a way to honor an organization which has always showed up for him and the men and women with whom he served.

By his own words, WATM CEO and Air Force Veteran Mark Harper’s introduction to the military involved kicking and screaming. And tears.

Raised by a father who was a retired Green Beret and a plethora of men in uniform dating back to the Revolutionary War, Harper said he just didn’t think the military was for him. An ROTC scholarship through the Air Force and a commitment to “family first” would change his mind.

Harper also got his start through the program albeit, ahem, somewhat differently. “I went through ROTC and was the lowest ranking cadet,” he said with a laugh. It wasn’t because he couldn’t lead or prioritize service, but rather because he was too busy demonstrating those qualities outside of uniform.

Though he was at the bottom of the list, Harper won multiple awards for his work in the community and leadership of his large fraternity. During graduation, he won an award usually reserved for the top cadet –– surprising everyone.

As he approached graduation, it took time to register that he’d soon be in uniform but it wouldn’t take long to grasp the seriousness of his new journey. “I ended up going into the Air Force and September 11 happened seven months after I was in,” Harper shared. His squadron deployed the next day.

Months later, Harper was assigned to Combat Camera. A passion and talent for videography took him to Iraq and Afghanistan, changing his life’s trajectory.

When his time at Combat Camera was over, he said he knew he couldn’t go back to being a communications officer. Envisioning years of fixing computers and addressing work tickets wasn’t for him. An email from the Air Force offering payouts for airmen willing to leave was the sign he needed to walk away. But he left with much more than he anticipated.

Harper’s four years of active service pushed him to bet it all on moving to Los Angeles after his transition out in order to pursue a career in film. He credits his time in service for the courage to do it at all. His path led him through production work, business ownership and eventually, to the then-startup production company and military lifestyle brand, We Are The Mighty.

“I’ve been there for every second of the company,” he shared. His leadership experience made his well-suited to serve as WATM’s President and CEO. “While leading the fraternity was a life defining moment for me, being an officer in the Air Force just took it to another level.”

Throughout his time with WATM, Harper has had some remarkable experiences – from leading a team of incredible veterans and military spouses to being on site at such events as Super Bowls and full-scale productions. But 2021 brought a new opportunity for Harper: running the Boston Marathon.

As part of the “charity bib program,” Harper was asked to be one of four runners on Team USO: In exchange for a bib, Harper had to commit to raising $15,000 for the non-profit. “The USO has been a near and dear organization forever. You appreciate it so much more when you are in because there’s more touch points,” Harper explained. “When I was deployed twice, the USO came through. It was really humbling how they remembered us… they really brought this connective tissue from back home. And, selfishly, I’ve always wanted to run the Boston Marathon but there was no way I’d ever be able to qualify. When this opportunity came up, I sheepishly said I would run,” he laughed.

For Harper, running the Boston Marathon is one way for him to honor an organization which has done so much to support him, his comrades and the future generations of America’s defenders. Although not passionate about running, (the word hate might have been used) Harper said he’d completed five marathons in Los Angeles over the years. His goal isn’t to make a record time but to finish – “respectfully,” Harper added with a laugh.

To donate to Mark and Team USO, visit: https://www.givengain.com/ap/tessa-robinson-raising-funds-for-united-service-organizations-inc-uso-/