Army veteran looks back on service while paying it forward 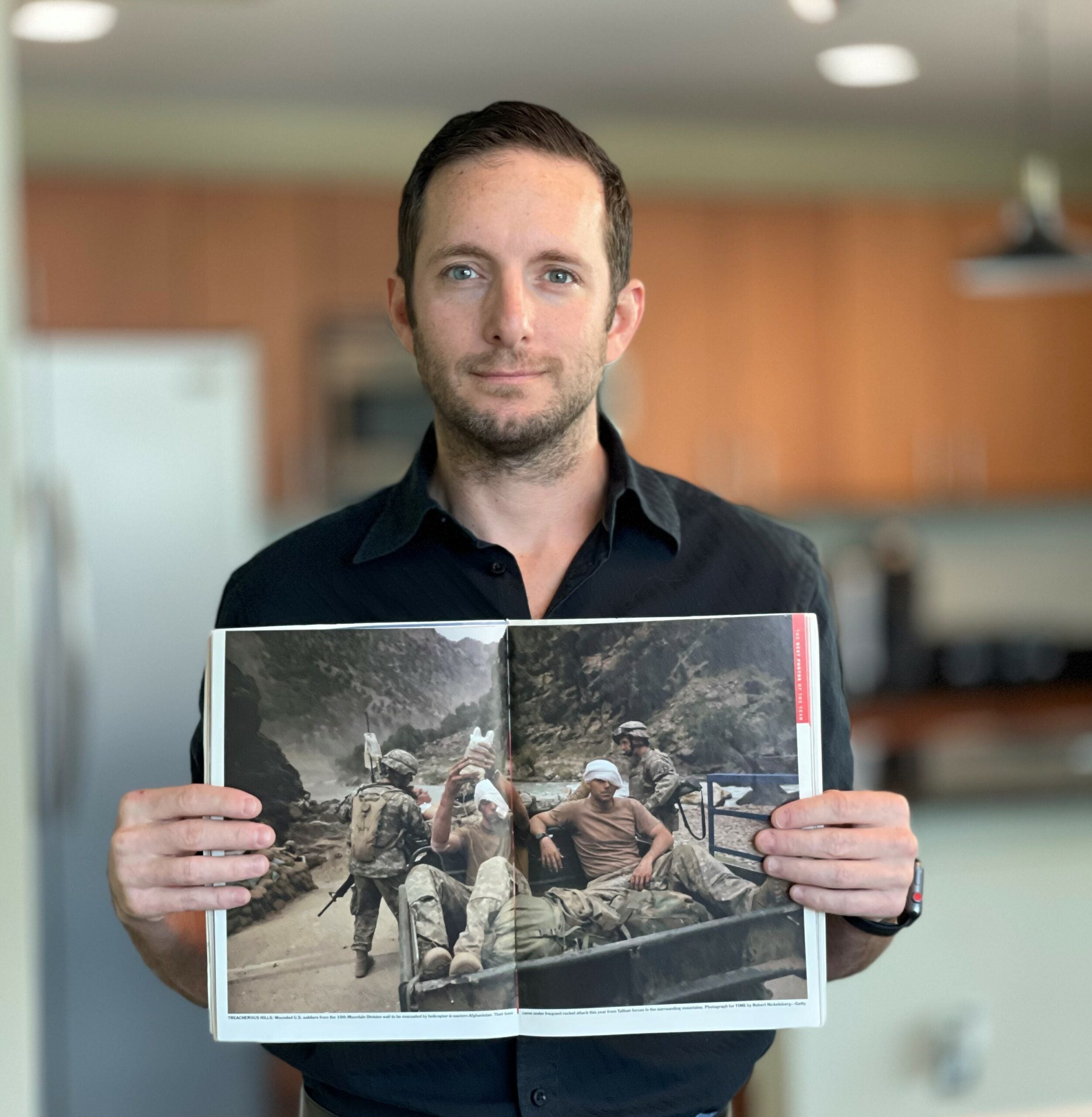 In 2006, Afghanistan saw one of their most violent years of war. TIME Magazine’s photo of the year wasn’t a celebrity, it was United States troops after battle. Veteran soldier Matt Nauss was there.

Nauss was adopted after his birth parents lost parental rights due to drugs and abuse. He grew up on a farm, one of five other children. The military was his way of moving forward in life and affording college. “My brother and I, we both joined the Army at the same time. He’s my twin,” he explained. “I was in AIT [Advanced Individual Training] when 9/11 happened.”

That changed everything. “I ended up in Iraq when I was 19 years old,” Nauss said with a laugh. He did get to see the world, though, like he hoped. After being a recruiter a few years, he was assigned to Special Operations Command in Tampa. “Once I was assigned to Special Ops, that was it. I was there for my whole career.” He had the opportunity to travel to 30 different countries.

In 2006, he was deployed to Afghanistan. Nauss had no idea what was waiting for him there or that it would follow him for the rest of his life. Jake Tapper wrote a book about the Outposts in Afghanistan and the hell the troops endured. Made into a major motion picture, The Outpost shows you one of the most horrific battles. But long before Outpost Keating and that film’s events viewers see reenacted, Nauss lived through the initial attacks that started it all.

Two weeks into his Afghanistan deployment, it was on. “We had nothing, sleeping on the ground in sleeping bags. The bugs were destroying us,” he said. “After those initial weeks of quiet and nothing happening we got attacked by almost 360 degrees. 15 RPG’s within 30 seconds and that was just the initial attack. It was about five and a half hours of small arms fire. Two of my soldiers got injured and had to be airlifted out. After that day, we got attacked every single day. It never stopped.”

The TIME picture seen around the world happened after another battle the first month his boots were on the ground. One of the injured soldiers laying in the gator was their platoon’s only medic. Nauss can be seen holding the IV fluids up and caring for those who were injured. “You see that picture? That happened half a dozen times…some stories – they don’t make it to print,” he shared.

The United States Armed Forces suffered seven straight years of high casualties and deaths after that battle. In Afghanistan alone, we’ve lost 2,000 service members since 2006. The cost of war is high and those who survive without physical injury aren’t left unscathed.

In December of 2013, Nauss decided to leave the Army. “They were going to send me out in the middle of nowhere with a team. I couldn’t do it anymore…I was suffering from PTSD, it took me three or four years to get that from the VA. Regardless of that, I was suffering from it the entire time,” Nauss said.

When he got out of the Army as a Staff Sergeant, his transition wasn’t good. “I don’t think I made the right choices and I don’t think they prepare you,” Nauss said. He shared that he went on over 50 job interviews with no success, eventually losing a home and facing harsh challenges. There was a bright spot in all of this toughness, though. Jay Peak.

Jay Peak is a mountain located five miles from the Canadian border in Vermont known for challenging ski and snowboarding runs on one of the highest peaks while offering its visitors the magic of a small town. For a veteran like Nauss processing through his PTSD, it brings healing.  “It was a release for me. The peace and quiet with the ability to focus on the outdoors while snowboarding, it was great therapy for me. It detaches you from everything,” he explained.

Through some networking, Nauss was eventually able to find employment. His efforts grew that company’s revenue to 14 million. A few years later, he was ready to start his own business. An IT in the Army, he knew his way around technology.

“I started Modern Business Consulting which has transformed into Dolomites Consulting Group,” he said. The company offers business strategy, web design and so much more. Now located in the heart of Downtown Tampa, Florida, it boasts 3500 square feet of cowork or executive office space. He and his veteran business partner didn’t stop there, though. They have another office opening in Jacksonville and later on in 2021, Seattle.

Nauss hopes to bring his opportunities and success to other veterans, offering internships to those transitioning. “I wanted to create DCG for these kids getting out who have skills and jobs that don’t necessarily transition to the civilian sector. They are going to be at a serious disadvantage. They need something to fall back on,” he explained. “DCG is by veterans, for veterans and ran by veterans…you’re in an environment where you can be comfortable, we are all prior military…I actively look for veterans to work with.”

His focus other than his business and close relationships is paying it forward. “I ask companies all the time what they are doing to give back…You are taking from the community, they see that. I am a strong believer in giving back,” Nauss shared. Part of his give back? Bringing the he peace found at Jay Peak to other veterans.

“Why not share this experience with everyone? I went from thinking about just buying a place to alright, let’s make this a project,” he said. Nauss is actively scouting property in the Jay Peak area to develop into a retreat and program for veterans suffering from PTSD.

Although he is forever impacted by his experiences at war, Nauss wouldn’t change anything and tries not to hold onto his past experiences. These days, he’s looking forward to the future and hoping to help other veterans on their path of doing it too.