How US veterans helped their Afghan Allies escape the Taliban 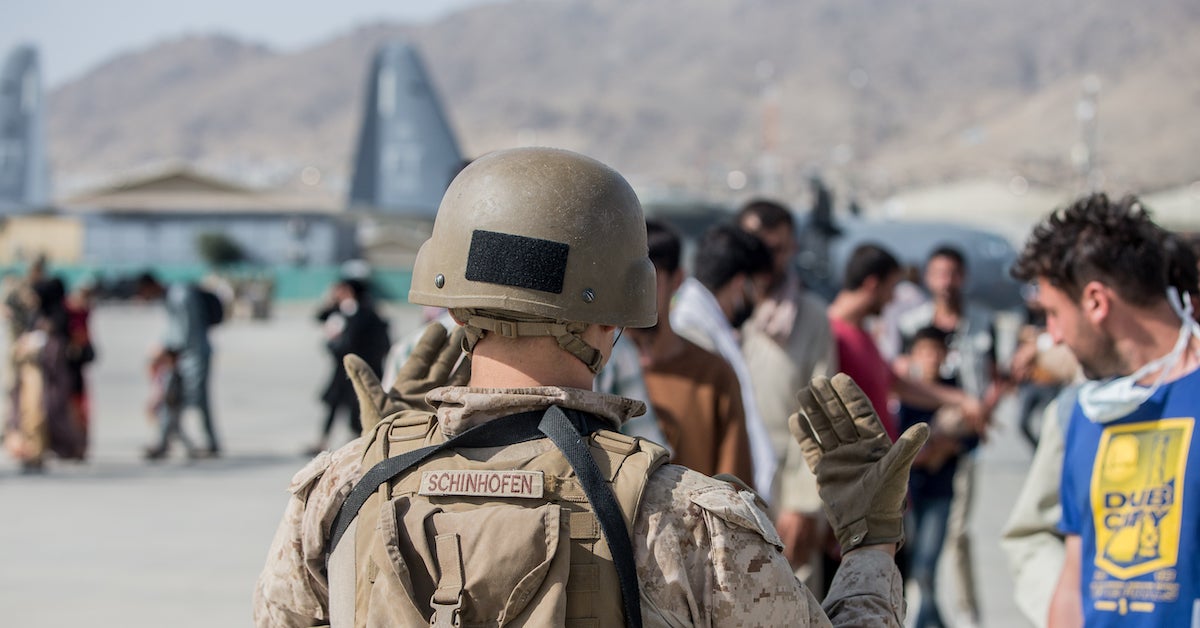 American military veterans watched the news of the United States’ final withdrawal from Afghanistan with nervous apprehension. For many of them, they were potentially watching the fates of some of their friends and former allies as they waited for any news from Afghanistan.

Fox News’ Pete Hegseth talked to some of those Afghanistan war veterans and heard their thoughts and feelings as the country seemed to fall apart live, on television. His Fox Nation show “Modern Warriors” talks to the service members and first responders who keep our nation safe.

But some of them weren’t content to just watch it play out on TV. They wanted to do something about it and they would do it on their own if they had to.

“Veterans across the world are now united to try and save our own,” Afghanistan veteran Matt Zeller told one Fox News interviewer. “Because we understand that there’s no one else coming for them but us.”

In “Modern Warriors: Afghan Extraction,” Pete Hegseth sits down with four Afghanistan veterans, to talk about how American and allied military vets could go about getting any help for those left behind.

Veterans like these formed ad-hoc groups using any communications means necessary to form networks of civilians, other veterans, service members, members of Congress and nonprofit workers to assess individuals and organize ways for interpreters and their families to get through the crowds gathered at Hamid Karzai International Airport in Kabul and onto an aircraft bound for the United States.

Murray and Sakhizada tell Hegseth the first place to start with such an operation is to get into contact with their networks and find out who is actually on the ground in Afghanistan. The two worked to create a network for that purpose. Murray, whose work keeps him in contact with service members close to the mission, says those on the ground were responsive to his calls.

“I got a few email responses immediately from guys who were over there,” Murray said. “Because of reputations and friendships, they were like, ‘Hell yeah, let’s do this.’”

For Sakhizada, the reality of the situation hit much closer to home. His brother and family were stuck in Afghanistan as cities and towns rapidly fell to the Taliban. His brother served the U.S. forces there as well. One of the first concerns for their network was his brother’s safety.

“When I woke up and found out that the Green Zone in Kabul – the bubble – had burst and people were desperate for evacuation, I immediately got on the phone trying to reach anyone I could,” Sakhizada said.

In those conversations, he could hear the terror and hopelessness in the voice of his brother. It took five attempts to get him into American custody.

Golsteyn and Dobson created a separate network through former commanders. Their contacts on the ground were former interpreters who informed the veterans that American citizens were still in country. Through social media, they connected with other veterans to form a tree of political, military and intelligence contacts, filled with people that could help get people out of the country.

After they got their people out of Afghanistan, requests from other veterans to help their interpreters started rolling in.

When they started getting those requests, the veterans began acting as intermediaries between ground commanders in Afghanistan who could not communicate with one another, convincing them to help individuals and families as others worked with the Afghans to ensure they met the right people at the right gate.

“I was sitting in my living room in Tempe, Arizona, wearing flip-flops and eating pizza during all these efforts,” Dobson told host Pete Hegseth. “That’s who’s coordinating it, guys like us.”

Just because the last American military assets have departed Afghanistan doesn’t mean veterans like those who spoke to Hegseth are finished trying to get their allies out of the country. They say they will continue working to provide options for those who are still at risk, all while trying to live and work in their daily lives.

“We’re doing this with no funding, no military aircraft. We’re private individuals,” Dobson said. “We made a promise, I try to be a man of my word and some of these individuals are the reason that some of us are alive right now.”

Watch the entire discussion on Modern Warriors: Afghan Extraction, available to stream on Fox Nation with a free subscription for active duty service members and veterans.