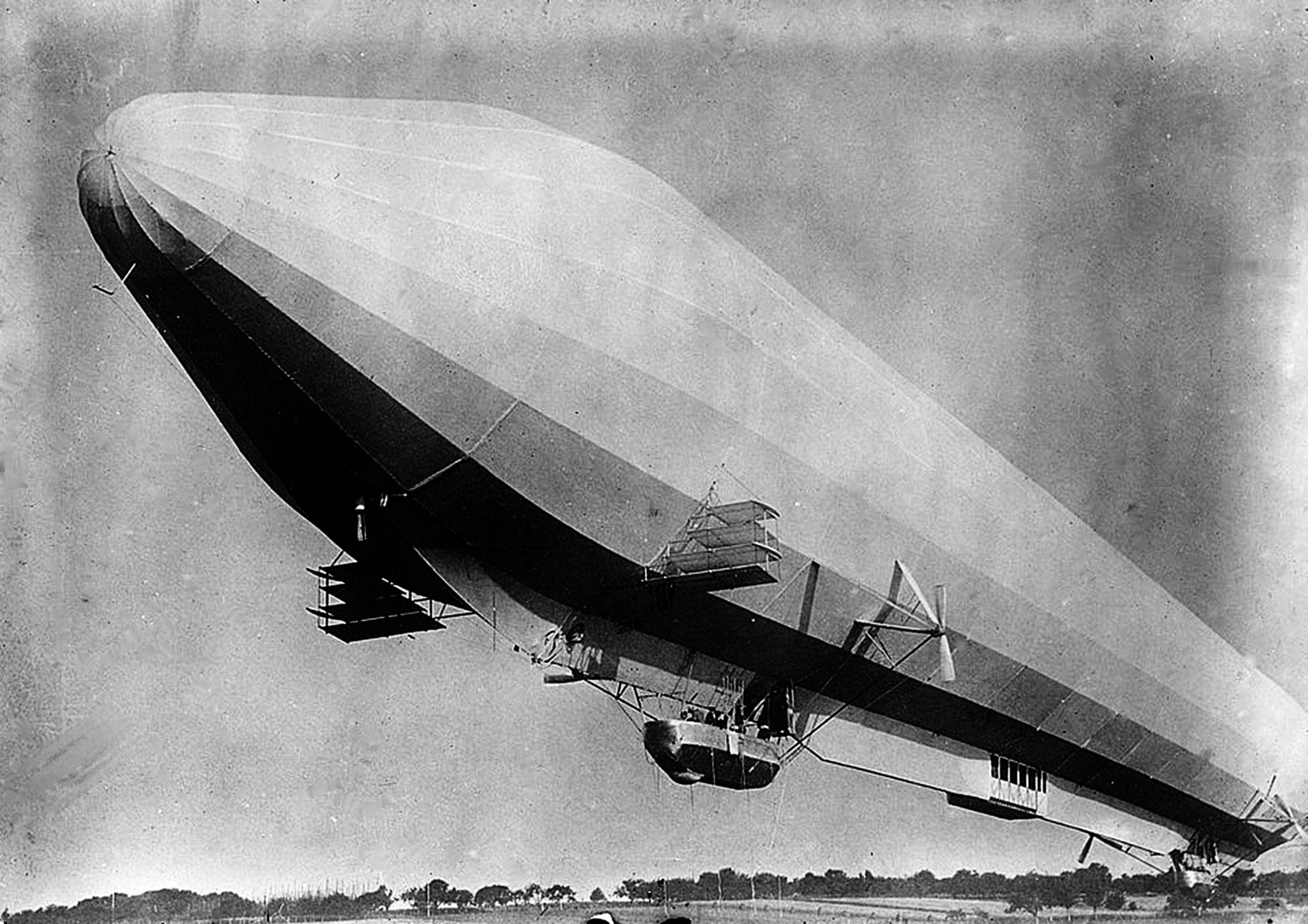 Today we look back at the airships of World War I and wonder how they managed to stay airborne while everyone on the ground could literally shoot hot, pointy metal at it. Watching footage of the Hindenburg only makes the idea of a combat blimp even more baffling. It seems like a giant balloon is the last thing anyone would want to take into combat.

But times are much more different today than the world of a century ago. Weapons were not as accurate, planes not as fast or well-armed, and there’s a lot we can’t see in old, grainy wartime photographs from World War I.

Simply put, shooting down a zeppelin with the weapons and aircraft available in World War I just isn’t as easy as you might believe. This is not to say that it never happened, but even taking down that one airship was much harder than it should have been.

For starters, a zeppelin just wasn’t going to fly low enough to be vulnerable to enemy small arms fire from the ground. There are, of course, a few that did during bombing raids on England, but they were definitely shot down by small arms fire. The high altitude was fine by zeppelin crews, because their primary mission was reconnaissance.

Aircraft attacking World War I-era zeppelins had their work cut out for them. The framework of these ships was made with a durable aluminum-copper alloy. The balloon itself was made of goldbeater’s skin, a durable, nearly tearproof substance derived from the intestines of farm animals. It was essentially leather-type armor, one inch thick.

Entente pilots using the Lewis machine gun – those from England and the United States – had about 97 rounds to fire before they would have to stand up in the open cockpit and manually remove the old drum and add a heavy, new ammunition drum to the gun. They also had to fly it at the same time. If that wasn’t enough to dissuade them, they Lewis was prone to jamming so they might be flying helpless until they could clear the jam.

Even if they did decide to take down a zeppelin, there was no guarantee they would actually hit the thing, no matter how big the target was. Shooting one bullet through the goldbeater’s skin hide did not mean it would be an instant kill. Even dozens of rounds hitting home wouldn’t bring it down. It looks like a balloon, but it’s not even close.

Then there’s the idea of simply dropping a bomb over the top of the zeppelin. Coming at an enemy from above is always a preferred method of attack, and this tactic did work one time. One time. World War I-era airplane bombs were about as effective as the bombing raids zeppelins themselves made, which is to say hardly at all.

Night operations made the effort to track a zeppelin all the more difficult. If a zeppelin was found by search light and managed to escape from it, they could be difficult to relocate. Imagine how difficult it might be to see such an aircraft in the dark of a World War I-era British night.

Finally, the easiest and best way to bring down a zeppelin was the use of incendiary ammunition, but this too was problematic. The gas bags inside the balloon were filled with hydrogen, which, yes, is extremely flammable. The fire would still need oxygen to burn, so even a few well-placed shots wouldn’t necessarily light up the target.

Only after firing enough holes in the gasbags to allow oxygen to ignite the incendiaries would the zeppelin go up in flames – and we talked about how difficult that can be.