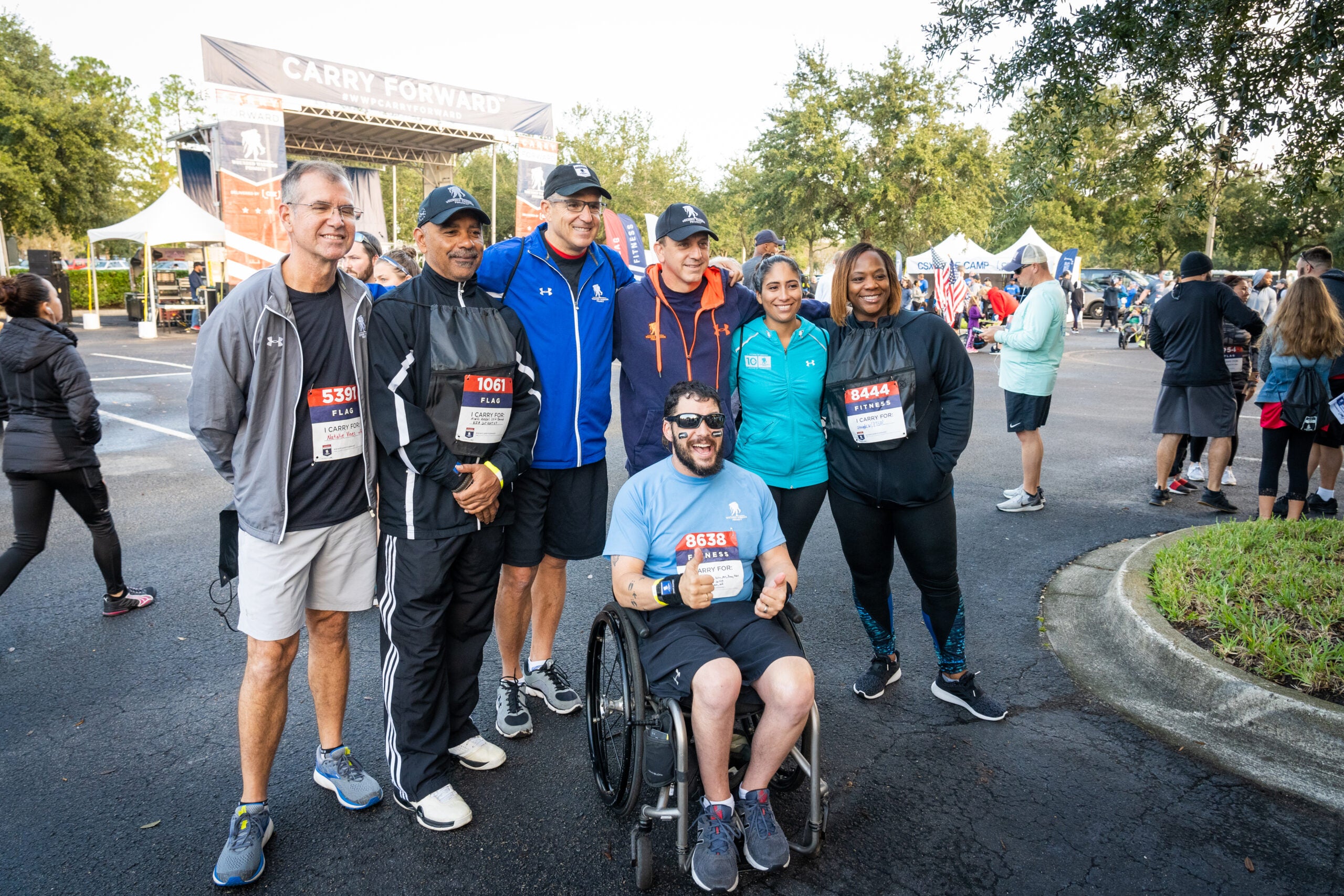 June is officially recognized as PTSD awareness month for the United States. But for the leadership at the Wounded Warrior Project and over at USAA, it’s about more than talking about it. For these organizations, it’s about really digging in to make a difference.

Army Lt. Gen. (ret.) Mike Linnington has been the CEO of Wounded Warrior Project since 2016. When he left active duty after 35 years of service, Linnington said he saw WWP as an extension of his military service.

“Mental health is a big concern of ours and is a focus area of our strategic plan and consumes about half our efforts,” he explained. USAA has been a big supporter for WWP programming. “Anything we can do together to raise awareness of the invisible wounds of war, primarily post-traumatic stress, traumatic brain injury and depression or other mental health illnesses, and get people the care they need to heal is important.”

Linnington shared an example of how a broken bone would be cause for an immediate emergency room visit but when it comes to mental health, veterans won’t rush to heal it. “They feel like they don’t deserve it because they aren’t physically injured or because of that stigma associated with it,” he said.

WWP is constantly working toward breaking down the stigma around mental health for veterans. It’s a commitment shared by USAA.

Navy Vice Adm. (ret.) John Bird is USAA’s Senior Vice President of Military Affairs. Bird served on active duty for 35 years before retiring. “USAA was founded by the military — 25 Army officers, 100 years ago — for the military. For us, it’s more than products and services, it’s an advocacy position,” he explained. “We need to care for veterans, those who are wounded. They deserve it…we are a far cry from experts on PTSD or a number of things we advocate for but that’s why we partner with organizations like General Linnington’s.”

As America prepares to mark 20 years at war in September 2021, it’s important to recognize the still unseen consequences of the longest-sustained conflict in our country’s history.

“I do worry about the 20th anniversary of 9/11 and the drawdown in Afghanistan,” Linnington said. “It could be a triggering event for many veterans…the need doesn’t stop because the number of our troops deployed is reduced.”

WWP conducted a survey which revealed 93% of its warriors experienced severe mental injury during their military service. It’s important to note PTSD doesn’t always show up immediately, especially as service members are in the thick of their service. It can be years later before it’s recognized for what it is and it’s a reality we can’t wait for.

Bird also touched on force readiness and how without supporting America’s all volunteer force in every way, it could essentially disappear.

Almost a quarter of those surveyed also believe the veteran’s diagnosis is dangerous.

The VA has estimated that around 11-20% of veterans have been diagnosed with PTSD, a far lower number than the everyday American assumes.

Another stigma both leaders find themselves battling is one many veterans tend to hold onto themselves. It’s the thought that someone else has it worse and deserves the help more than they do. But the reality is 1 in 11 Americans will be diagnosed with PTSD in their lifetime and it is the brain’s normal reaction to an abnormal event.

“It is significant. Some people call it a crisis. It certainly is large and looming within the military community but it goes far beyond that. It is debilitating to the person to the point of being fatal,” Bird noted. “They [veterans] deserve this. This isn’t something that’s a hand out, they earned it and we are duty bound to provide it.”

Another point both leaders agreed on was the value and importance of harnessing and fostering a deep sense of community and connection for veterans.

“It’s important for organizations like ours and USAA…keeping veterans connected so they realize they aren’t alone,” Linnington stressed.

Bird echoed that sentiment and shared a story from an internal panel held by USAA on PTSD. He said a veteran took a call he almost ignored. Had he not, the situation may have turned out much differently. “So much of it is just reaching out and connecting,” he explained.

Though neither retired military leader believes they have all the answers, both recognize the power of support and healing is much stronger when you work together. For WWP and USAA, the fight on serving veterans and helping them work through PTSD is one they are all in on.
If you or a veteran you care about is struggling, the Veterans Crisis Line has 24/7 support waiting for you. It’s confidential support available to all veterans, even if they aren’t registered with the VA. Call 1-800-273-8255 and Press 1.