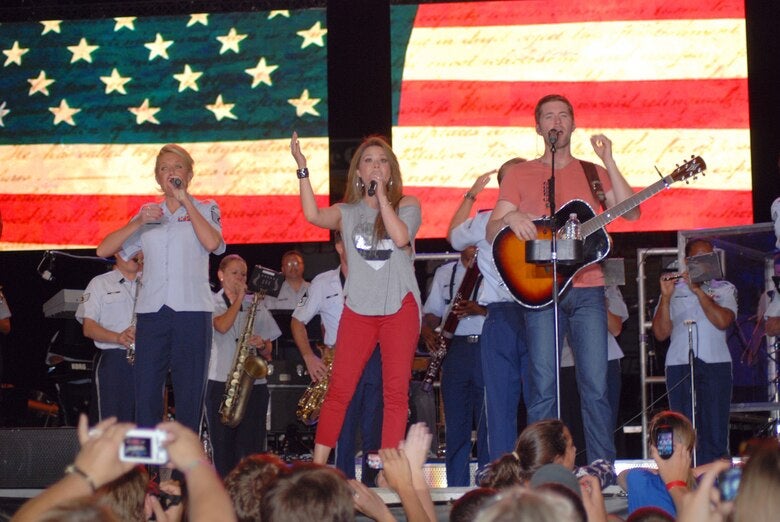 The holidays can be a tough time for those separated from their loved ones. For service members, spending the holiday season halfway around the world from home is a sacrifice that is made all too often. Meanwhile, service members in the states can sometimes feel disconnected from their communities who don’t truly understand them and what they go through. With his latest holiday song and music video, country music star Josh Turner salutes the men and women of the U.S. military who make these sacrifices.

“Soldier’s Gift” was released as a song on October 7, 2021, with the music video following the next month on November 12. Rather than casting actors, Turner elected to feature real-life veterans from the Wounded Warrior Project in the music video. “It was important to me that we didn’t cast actors for the main [roles],” he said in a press release. “Both the director and I wanted this video to be authentic.”

The music video opens with a child in the empty house of a deployed soldier. With his loved one returning for the holidays, he makes preparations to decorate the place. Over the course of the video, veterans and neighbors come together to help prepare the surprise. The video culminates with the soldier, played by real-life National Guard Spc. Stephanie Betancourt, welcomed home by a decorated house and everyone who helped make it possible.

Turner said that music video was one of the coolest he has ever been a part of. “I made new friends that day in David, Samy, Yolanda and Bill, and I’m honored to share their stories with you throughout this holiday season,” he added in the press release.

“Soldier’s Gift” is a timely reminder that, although combat operations have ceased in Afghanistan, service members are still deployed all over the world; some in combat areas. Organizations like the USO continue to support these service members wherever they go, especially around the holidays.