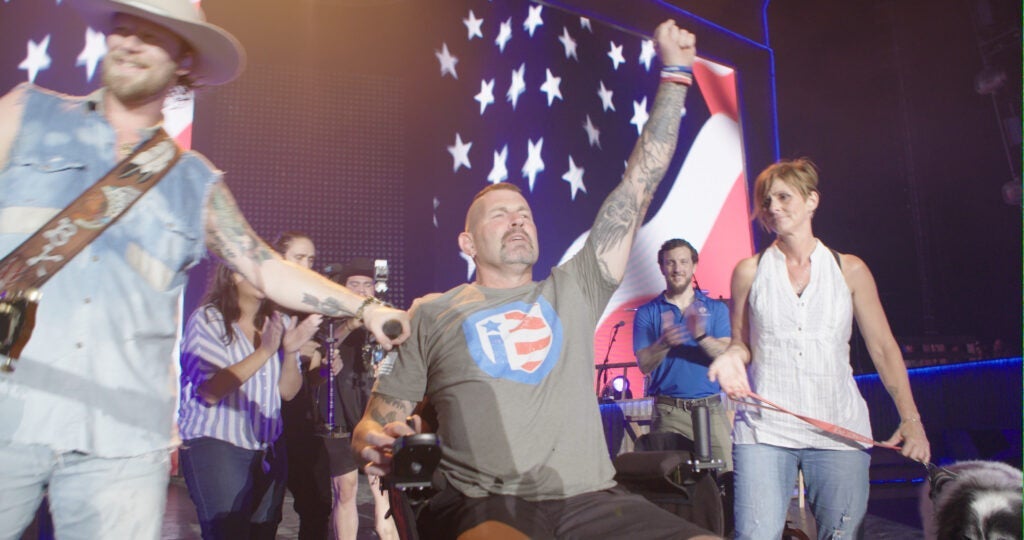 Founded in 2007, The Independence Fund has spent over a decade standing in the gap for our nation’s heroes. As they approach their 15th anniversary, the nonprofit has its eye on creating true resiliency.

Caroline Arey joined the team in 2021 as its communications director. “I’m one of the few civilians on staff. I had known our CEO, Sarah, socially because our girls are around the same ages, for several years. Her story, which is just incredibly moving, and seen the mission of the Independence fund in real life,” she explained. “It’s been really incredible to see and be a part of the change that truly is happening through their work.”

The organization is known for its commitment to creating programs of empowerment for America’s veterans who are wounded, ill or injured. Programs for mobility, caregiving, advocacy, casework, resiliency and family support have helped countless warriors.

Recently, they’ve begun to be a resource for Afghan allies as well.

“We’re approaching the one year anniversary of the fall of Afghanistan and The Independence Fund, and particularly our CEO, Sarah Verardo, have really been ground breakers in the inclusion of Afghan wartime allies into the veteran community instead of keeping them as very separate communities,” Arey shared. “We launched more formally our allies program where we took SIV holders, wartime allies and then combat interpreters and made sure that they had financial assistance, relocation assistance and resettlement assistance.”

Not only that, but the Afghan interpreters have been welcomed into Operation Resiliency retreats, as well. “They really are a part of that military unit,” she added.

The program is near and dear to Arey, she said. In a partnership with the Department of Defense, the initiative works closely with units impacted by high casualty rates. There, it provides peer to peer mentorship opportunities through reunion retreats, creating a sense of community healing.

“After serving 20 years, they usually have lost touch at some point along the way, or what felt so gripping at the beginning, 20 years later, or 15 years post deployments, has really distilled,” Arey said. “We bring them together and go through a lot of different training sessions with them to really reinforce those bonds. The takeaways are always so profound of one just reestablishing the bonds that they had, when they served, and then seeing the healing that happens from a mental health level is amazing.”

Through the challenges of the COVID-19 pandemic, new programs were created to fill the need. Some of which ended up becoming permanent fixtures in the line up. “We launched a program called Independence at Home. When we realized as people were staying home, veterans particularly, those who were more in the close to the poverty line, were having a really difficult time. They were vulnerable to financial distress and job loss. Many were already not working due to disability,” she explained. “This program focuses on keeping their WiFi connected, giving them technology resources and ensures their phones are up to date. It turned into contactless feeding events at our VAs and VFWs which ended up becoming a permanent program because the need was so great for so many veterans.”

According to RAND research, 11% of America’s veterans are living in food insecure households. Deeper data revealed veterans were over seven times more likely to experience food insecurity than the civilian population.

Though a lot of TIF programming focuses on targeting and supporting serious issues our warriors are facing, there’s quite a bit of fun mixed in, too.

“At the end of August there’s a bear hunt happening in Maine that we’re taking veterans to. There’s hog hunting out of helicopters that is just so fun,” Arey shared. “Our programs director says you will never see a veteran feel more like themselves than when they’re doing things like spending a day with friends at a range shooting.”

As TIF’s team heads into celebrating their 15th year anniversary, the future of serving the warriors of America looks bright.

To learn more about The Independence Fund, click here.