Details about the ‘Lord of War’ President Biden exchanged to Russia 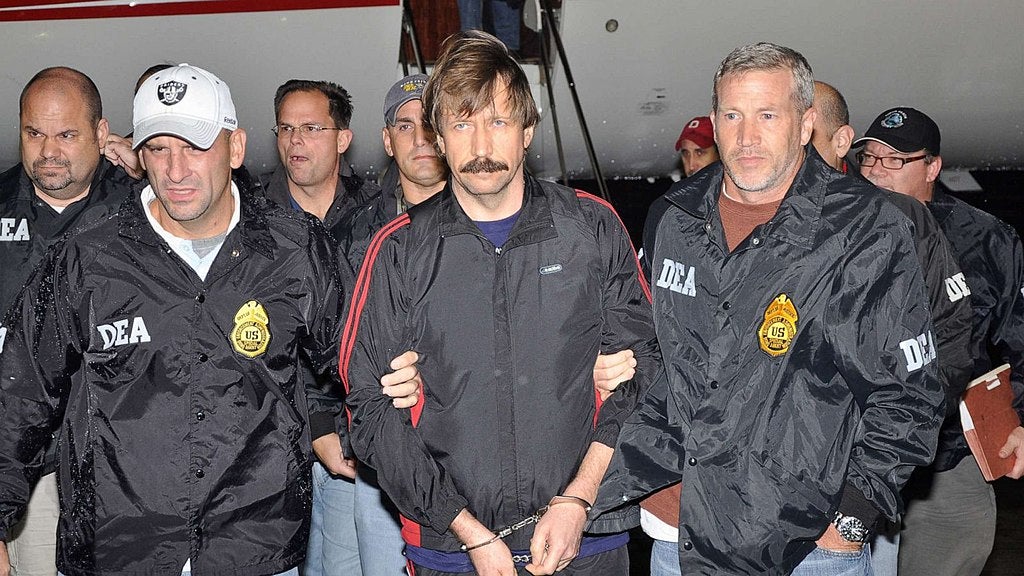 When President Joe Biden agreed to a prisoner exchange on Dec. 8, 2022, he traded WNBA star Brittney Griner for Russian arms dealer Viktor Bout, also know as the “Lord of War”. Griner had been held in Russia for 294 days on charges of carrying illegal drugs into the country. A Russian court convicted her and sentenced her to nine years in prison.

Tajikistan-born Bout was captured in Thailand in 2008, the result of a sting operation conducted by the Royal Thai Police, Interpol, and U.S. law enforcement agencies. Drug Enforcement Agency officer Derek Maltz led the team that captured Bout, posing as a member of FARC, the armed revolutionary group, then waging war against the Colombian government.

Bout was convicted by a U.S. federal court for conspiracy to kill U.S. citizens and officials, delivery of anti-aircraft missiles, and providing aid to a terrorist organization, and sentenced to no less than 25 years. He served just 14 before his extradition to Russia.

The notorious arms dealer grew up in Dushanbe, Tajik SSR, then part of the Soviet Union. He served as an officer in the Soviet Red Army, where most believe he was a translator. After graduating from the Russian Military Institute of Foreign Languages, he was fluent in Portuguese, English, French, Arabic, and Farsi, all of which would become useful in his later career.

Not much is known about his life after that. Some say he was a member of Soviet Military Intelligence, others believe he was a KGB officer. When the USSR fell, Bout emigrated to Russia, where he became a citizen of the Russian Federation. During the course of his military career, he also learned Xhosa and Zulu, languages he picked up during the violence in Angola.

Using his Soviet connections to start a post-Soviet private business, he purchased a number of Soviet-made aircraft to begin an air freight operation in central Africa. Though these operations were legal and legitimate, it was through this business, prosecutors believed, that he began his arms dealing career.

His use of his private planes to move arms in and through Angola, Liberia, Sierra Leone, and the Democratic Republic of the Congo in the face of United Nations arms embargoes earned him is first notorious nickname, the “Sanctions Buster.” In the mid-1990s, he began expanding his arms trade into Afghanistan, where he delivered weapons and ammunition to the anti-Taliban Northern Alliance.

Bout’s most lucrative trades were still in Central Africa, however, as he moved Bulgarian-made arms and ammunition into Angola during the Angolan Civil War. He also allegedly made his aircraft available to other arms smugglers. From there, he expanded by selling arms to dictator Charles Taylor in Liberia, the Bosnian government during its fight against Yugoslavia’s Slobodan Milosevic, and anyone else who could pay.

By the mid-2000s, Bout was known for dealing with Libyan dictator Muammar Gaddafi, Hezbollah, and a number of anti-Israel groups in the Middle East and Africa. He also operated a large money laundering operation out of his home country. In law enforcement circles, he was known as the “Lord of War.”

In 2008, he was lured to Thailand to meet with a U.S. Drug Enforcement Agency asset, who was claiming to be a member of the Colombian rebel group FARC. The asset negotiated the sale of surface-to-air missiles and armor-piercing rocket launchers and when Bout went to collect, he was arrested and extradited to the United States.

The Russian Foreign Ministry immediately protested his arrest and tried to prevent his extradition. The arrest was a thorn in the side of U.S.-Russia relations until the December 2022 prisoner exchange that sent him back to Russia.