Today in military history: Bolsheviks revolt in Russia - We Are The Mighty 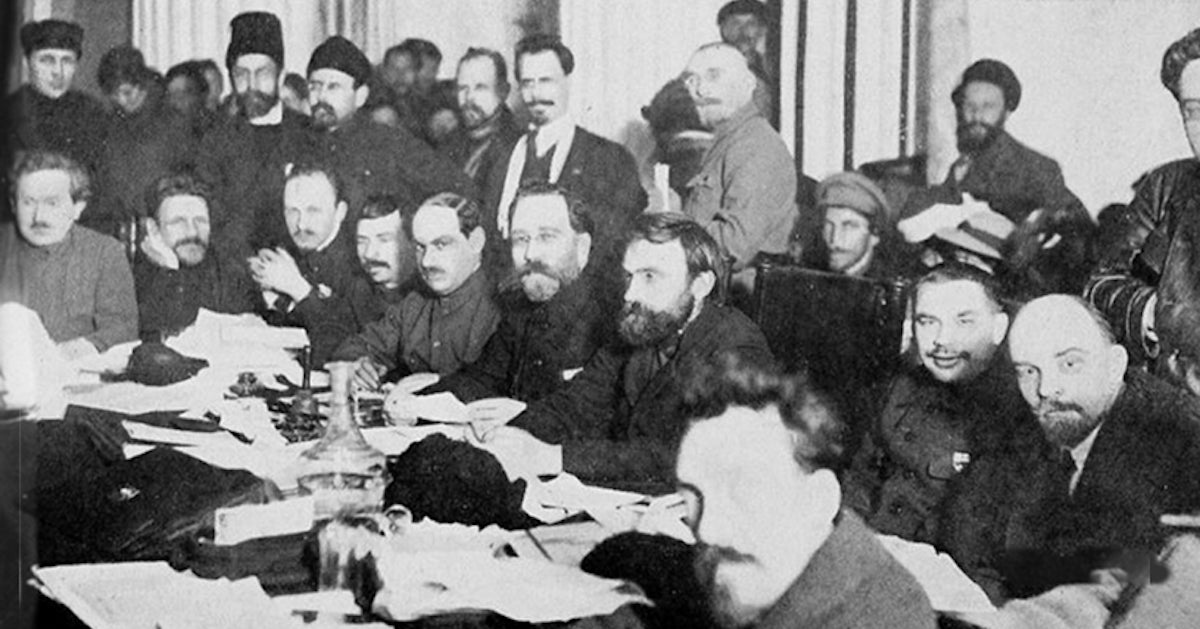 World War I was a disaster for Russia and in March of 1917, riots and strikes broke out over the scarcity of food. Czar Nicholas II abdicated the throne and a weak provisional government was raised in his place, signalling the end of a 300 years old imperial dynasty.

The Provisional Government presided over Russia, along with the “soviets” — or “councils” of soldier and worker committees.

By November 1917, Russia was divided into two major political parties: the Bolsheviks — Marxists who advocated militarism — and the Mensheviks, socialists who pushed a democratic movement.

Vladimir Ilich Ulyanov, a man better known by the epitaph “Lenin,” rose as a leader of the Bolshevik party and in November, led the Red Guard to depose the Provisional Government, becoming the dictator of what would become the Union of Soviet Socialist Republics — AKA the U-S-S-R — and the first Marxist state in the world.

After Nicholas’s removal from power, he was taken into custody along with his family by the Provisional Government. They were stripped of any title and placed under house arrest, first at the Alexander Palace, then in Tobolsk, Siberia, in August 1917. After the Bolsheviks came into power in October 1917, the Romanov’s conditions of detention deteriorated significantly. Finally, they were moved to Yekaterinburg’ Ipatiev House in the first half of 1918. There, they were openly considered as hostages.

The Bolsheviks feared that the Romanov family would be rescued and the monarchy of Russia reinstated. So, on the evening of the 16th July 1918, during dinner, the entire family and their servants were ordered to go down to the cellar. There, amid a chaos of screams, escape attempts and bullets, they were summarily executed. Those who survived the shooting were dispatched with bayonets or the butts of guns. Over the next couple of months, many relatives and allies were assassinated around the country. The swift eradication resulted in 27 deaths in 84 days.

The fate of the last heirs of the Russian imperial family was kept officially hidden for decades. The truth would lay hidden until the fall of the Soviet Union in 1991. The bodies were eventually recovered and five of the family members have now been laid in state, resting together in the St. Petersburg Cathedral.