The truth about North Korea’s offer to send 100,000 troops to Ukraine for Russia - We Are The Mighty

The truth about North Korea’s offer to send 100,000 troops to Ukraine for Russia 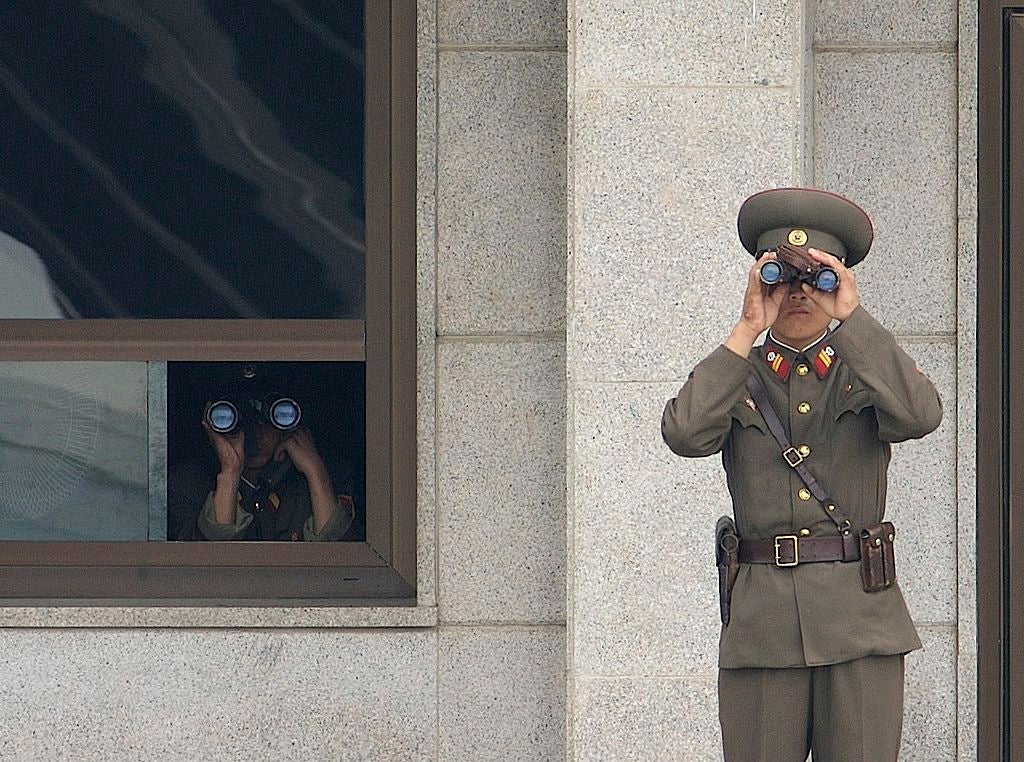 North Korean soldiers at the DMZ.

In the wake of American intelligence revealing Russian purchases of North Korean weapons and ammunition, a new revelation appeared in American media: North Korea’s alleged offer to send 100,000 of its soldiers to the Russian invasion of Ukraine. While that sounds wild at first glance, it caught the world’s attention for a few reasons. Russia and North Korea have longtime relations that remain amicable as both become bigger and bigger pariah states. 100,000 troops is also the estimated number of troops China used when North Korea’s invasion of South Korea in 1950 took a turn for the worst.

What sounds like a case of North Korea paying it forward isn’t all it appears to be, however. After the New York Post ran the story, news outlets around the United States began picking it up. Most, like the New York Post, referenced “a Russian state television show” as their source for the offer.

Referencing Russian state television is a dicey move at best, especially when none of the outlets are showing an actual clip of the offer, Russia’s acceptance, or anything else related to the offer. It turns out that “truthiness” is what’s really behind the story. It feels true, because it could be, but the real story is much less consequential.

Russia has received aid from a number of countries, mostly those hostile to the west and on good terms with Russia, or within the Russian sphere of influence. Syria, Iran, and some African countries have all provided some kind of assistance. North Korea’s recent deal to produce shells and ammo for Russian troops is just the latest.

The closest these stories get to showing the North Korean offer is a clip from Russian TV, where pundit Igor Korotchenko announces “there are reports that 100,000 North Korean volunteers are prepared to come and take part in the conflict.” But even Korotchenko’s claim isn’t backed up by any announcements from Russian or North Korean sources.

Russian propaganda outlets first mention Pyongyang’s offer to send troops with a quote from the Russian state Duma, in which Duma member Sergeri Mironov, announces the offer. The quote came from a meeting held on August 2, 2022.

“I believe that this, without exaggeration, is an historic moment! Both in the foundation of the liberated Donbas republics, and in tightening our relationship with North Korea!” Mironov says. “North Korea signaled via the diplomatic channels its willingness to support the defense of the Luhansk and Donetsk Republics… to send up to 100,000 of its soldiers to the Donbas.”

The alleged payoff for North Korea would be receiving food and wheat from the region when it’s firmly in Russian control. Though no video of the quote exists, Korotchenko would later double down on the claim in an interview with a Russian newspaper the next month.

North Korea has been vocal in its support for Russia’s “Special Operation” in Ukraine. Along with Syria, North Korea recognized the two breakaway republics as independent nations, in line with Moscow’s own recognition. But North Korea has not made any claims or statements regarding any “volunteer” forces heading to Ukraine.

While Russia has also made no attempt to dispute the claim publicly, it has also not signaled its support for the idea or indicated that it would accept any kind of help.