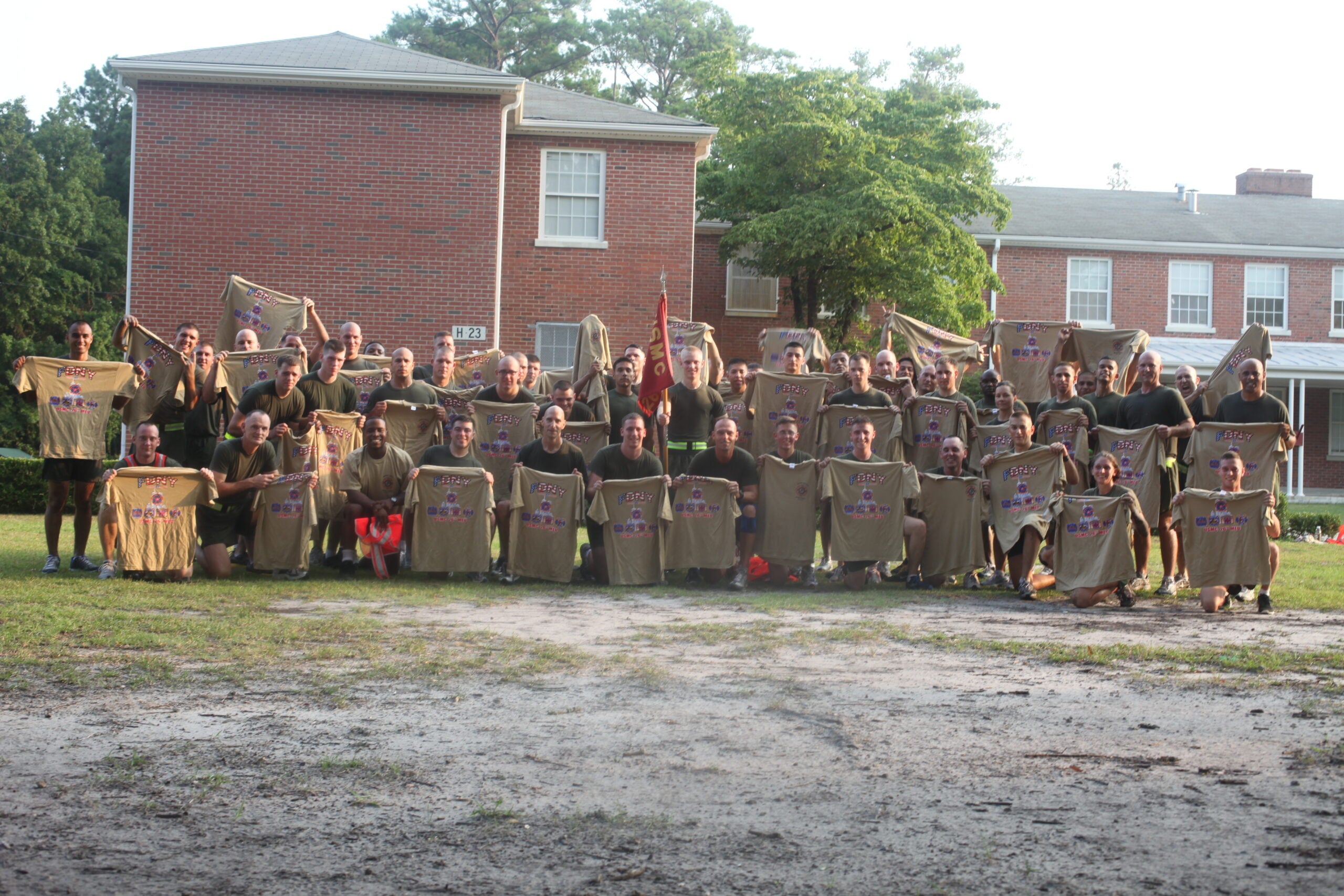 Military units across the force take great pride in their organization. They each have their own logos, emblems, mottos and even traditions that set them apart from others. It is common for units to design t-shirts for the unit to reflect this pride. Veterans who continued to reenlist until culminating in retirement have footlockers full of these ratty ole shirts. Looking upon them brings a flood of memories, to those times when they served with heroes and idiots in the same command. These unit shirts are often designed by an individual in the platoon who has a nominal artistic ability. What is the creative starting point when undertaking this enterprise? Whatever design emerges it must be one that Sensei Johnny Lawrence from Cobra Kai would refer to as badass. At least one of the criteria listed below must be met for your next unit t-shirt to be legit.

The only thing better than a skull on a unit t-shirt is a pile of skulls. A full-on skeleton is also acceptable. It is imperative to communicate to the world that you are prepared to kill the enemy in defense of this great nation. Die for your country? No, the goal is to make the enemy die for his country. The skull is often the centerpiece of the design. It can have horns, a headdress, a boonie cover, or any other accent. The options are limitless. A platoon of cooks once had a skull with crossed spatulas and the motto Death From Within. Wait are you trying to poison us?! You’re not feeding the enemy?! But I digress. Even if you have a support role such as a Fabric Repair Technician, you could have a skeleton with a thimble on his hand and make the sewing machine resemble a machine gun. A motor transport platoon once had shirts made with a skeleton leaning out of the driver’s seat of a 7-ton giving a thumbs-up sign. The banner said Force Trucks: Blood, Sweat, Tears, and Pain. Driving Grunts in the Rain. (The author did not make that up).

Nothing is more intimidating than an edged weapon. There’s room for creative license here. It doesn’t have to be a KA-BAR knife (Marine Corps) or a letter opener (Air Force), any blade can be used! There are broadswords, battle axes, even throwing stars for those units in the Far East. As each of these implements are intended to inflict wounds and draw blood, it is quite appropriate to portray blood on design. Though your actual unit may not carry these instruments of war anymore, you are letting the world know “but we could if we wanted to…” Even if you are a parade ground, ceremonial unit, don’t be discouraged. The unit guidon can double as a spear (especially in the hands of a skeleton!) A supply section can craft a mean looking box-cutter. A Cyber Defender can depict a knife stabbing a computer. A METOC (Meteorological and Oceanographic) Forecaster…aka a Weather Guesser, can have trident coming out of the clouds. Seriously, if it is sharp or pointy, it qualifies.

Ooh snakes. It is the most commonly feared creature on the planet. Let the world know you don’t fear anything (except Gunny and the Chief). Your central character can grip the snake by the throat. The snake could even have exaggerated fangs, like the medics whose t-shirt showed a cobra with hypodermic needles for fangs. Double the fear, ouch! Once again, your branch of service or military occupational specialty are no barrier to use of the serpent in your design. You can show the snake coiled around an object like a toolbox. (Don’t touch my stuff!). Petroleum Supply Specialists can have a snake representing the hose, as they grip its neck and spew forth gasoline from its serpent mouth into tactical vehicles. The only ones who will hesitate to use the snake motif are those that grew up watching G.I. Joe. As you know in that historically accurate, animated series the bad guys were Cobra…a ruthless terrorist organization determined to rule the world!

Rifle, pistol, machine-gun, anything goes. Honestly, if it has a projectile, it meets the criteria. You could have missiles, cannons or arrows. I bet some up-and-coming warfighter could make a case for a tactical slingshot. I got something for you commie/terrorist/whatever-bad-guy-is-next. Your unit or MOS never fire a gun? Doesn’t matter. When you are home on leave everyone thinks you are a sniper, martial artist, jet pilot, medic, explosive expert, who jumps out of airplanes. So, of course you shoot guns. Ride the coat tails of those who do those things, just put a gun on the t-shirt. It’s Military 101 criteria. Besides, once you exit active duty and enter the veteran ranks you will be required to wear either a Second Amendment Right shirt or anything from Grunt Style.

The force multiplier in a unit t-shirt is producing it in the color black. Only the most intimidating stereotypes wear black. Ninjas, bikers, heavy metal bands. If your unit is super motivated, you will offer the shirts in two color options. A black one and whatever fatigue color that is associated with your branch of service. The black shirt, however, is what will keep America’s enemies awake at night wondering what your next move will be. Sporting this shirt in malls, airport, and sporting stadiums will serve as a major deterrent to would-be bad guys. If you’ve got muscles, wear the shirt in size schmedium to show “the guns.” If you are more on the scrawny side (ok, wiry) then make sure your skinny arms are covered in tattoos. Combined with the black unit t-shirt; it’s just as intimidating.

Now that you’ve received a tutorial or refresher on military unit t-shirt designs, get cracking. It doesn’t matter what you do in the military. YOU are the reason suburbia sleeps safe at night. Your unit deserves to showcase their spirit with a shirt containing at least one element of the criteria listed above. If you are on the lethality scale that progressed from Cobra Kai to Eagle Fang Karate, then use multiple elements from this list to make the ultimate unit t-shirt.