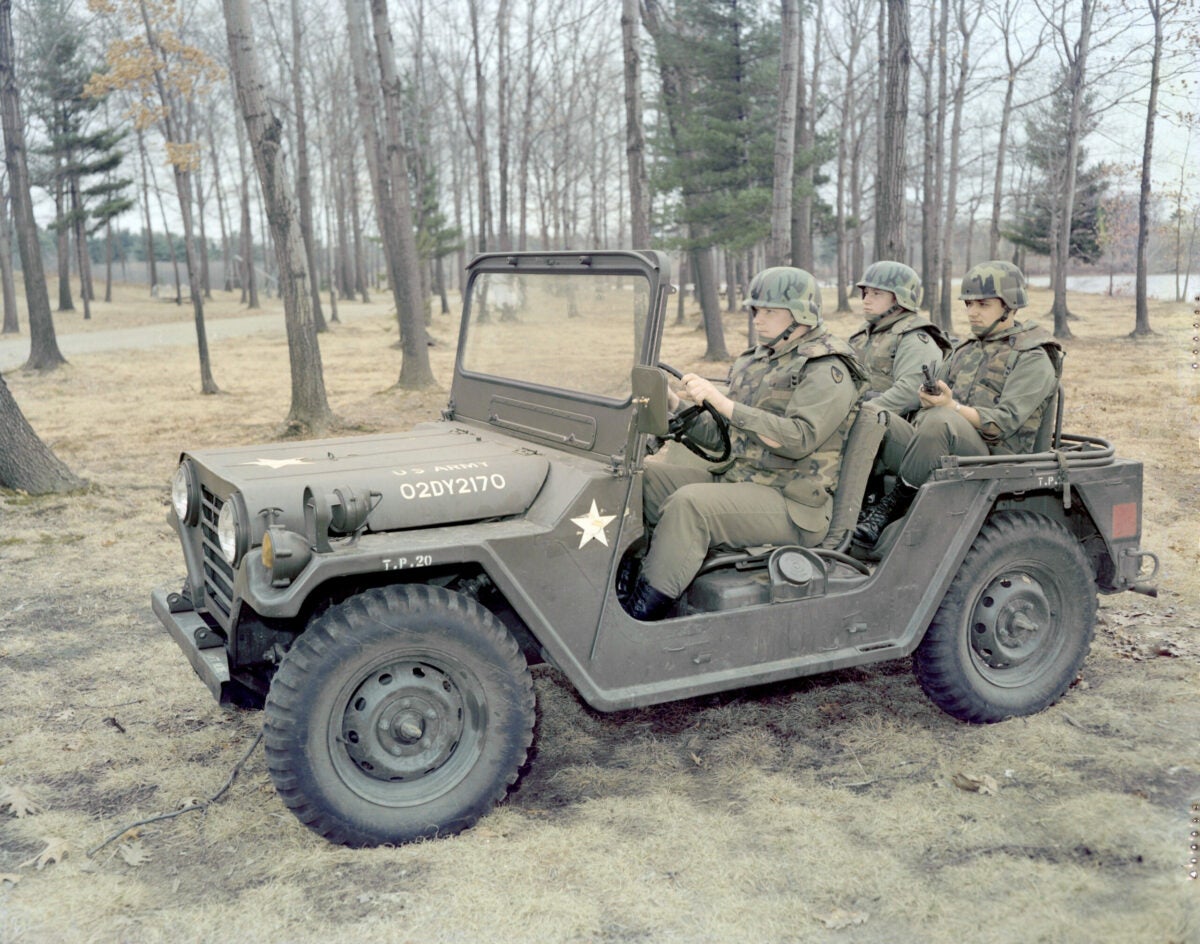 From the outside, the U.S. military is the finest fighting force on earth. For those who have served in its ranks, the reality behind the scenes is a bit different. In fact, most units have tons of gear that is either too old or too dangerous to use these days. But, you can’t throw them out because they’re still sensitive items in someone’s property book. Here are some of the most common.

1. Reagan-era vehicles and their associated items

Maybe it’s the keys to a CUCV that was turned in decades ago but never signed over. Or perhaps it’s a maintenance manual for the M880 Dodge that’s now being driven by a local who works as a contractor on post (still don’t know how he ended up with the keys). Better yet, a starter motor for a deuce and a half that keeps getting signed over from NCO to NCO because no one wants to get rid of something so valuable. This kind of stuff seems to be hanging around in every motor pool across the military. Just hope you don’t have one of the actual vehicles still hanging around. If you do, make sure your SGLI is up to date before getting in it.

Technically, this stuff is still used by the Navy. Even so, it’s mainly the old K-pot that’s officially in use aboard ships. Yet, somehow, these old vests and helmets in M81 U.S. Woodland camo still hang around supply rooms like an annoying party guest that you just can’t get rid of. Naturally, they’re still on the property book and can’t be DX’d either. Introduced in 1983, the Personnel Armor System for Ground Troops was a huge step forward in protective gear from the old M1 steel helmet and flak jacket. However, armor has come a long way since then. The only folks in uniform who should be wearing this stuff is ROTC cadets and that’s only so they can build character.

If you’ve had to account for one of these and didn’t know what it was, you’re in good company. If you’ve ever actually used one, you’re a unicorn. The KOI-18 is a hand-held paper tape reader developed by the NSA. It’s a fill device for loading cryptographic keys into security devices like encryption systems. These days, NCOs just instruct on the history and operation of the KOI-18, but never actually use it. If you did have to use it, and thus burn the tape, you have our sympathies. The tape is thin, prone to jamming, and surprisingly difficult to burn. Most units still have them because of MTOE requirements, so don’t you dare lose track of it.

Let’s be honest here. These things can barely run your annual cyber awareness training. The only reason they’re still signed to someone is that S6 can’t (or won’t) take them back. These things are sitting in a drawer somewhere and only come out for property inspections or when someone new arrives and you really want to mess with them. Yes, that is a floppy disk drive. No, you can’t get a new computer.