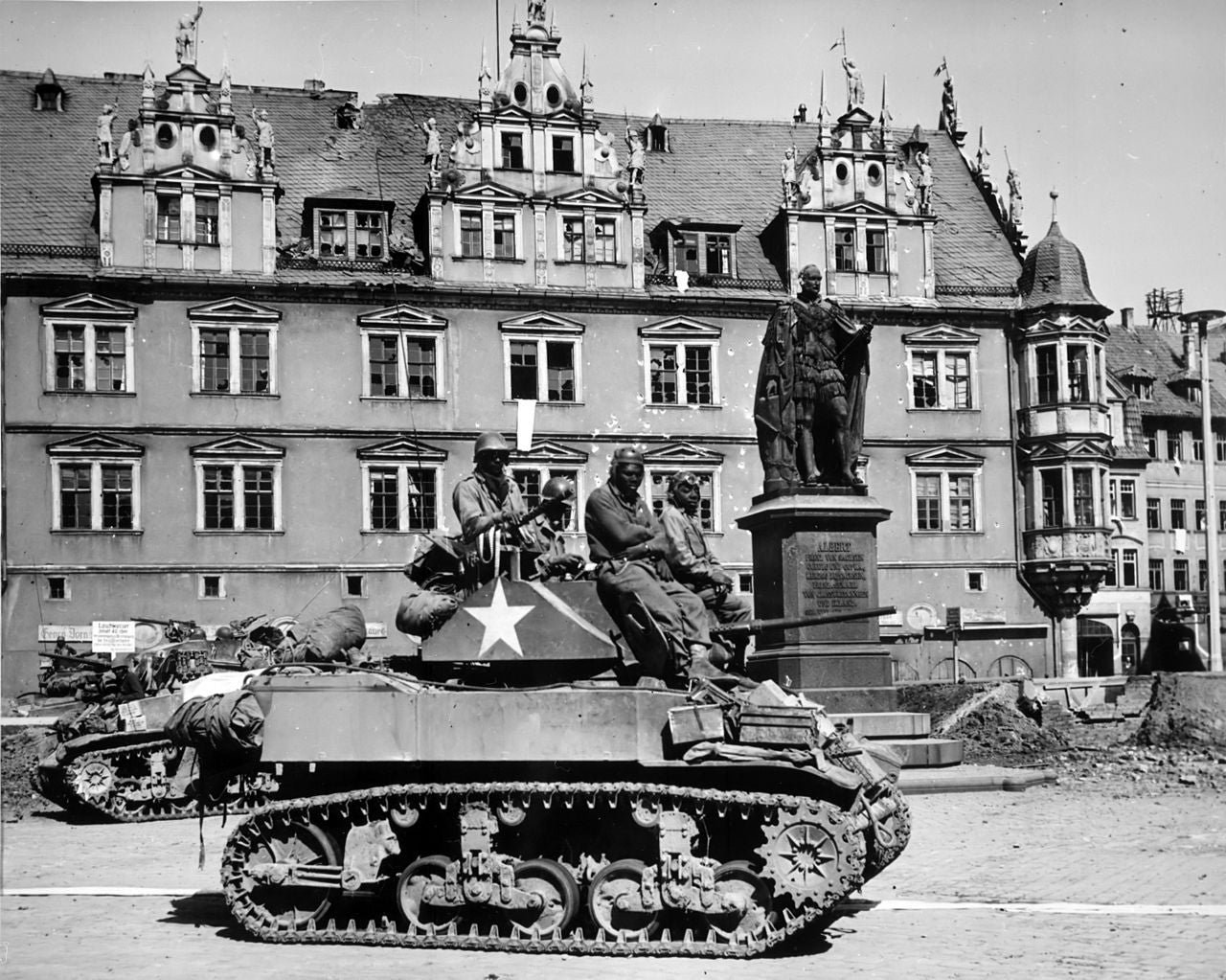 Warren Harding Crecy, known simply as “Harding,” graduated from high school the same year that the United States entered World War II. It was a good thing, too, because Harding was destined to kill some Nazis.

It didn’t look like he would get the chance at first, however. The U.S. Army during much of World War II was segregated and Black soldiers were often kept in the rear or relegated to support missions. As the war continued and more men were needed for combat roles, Black men were used more and more.

The Army’s tank corps was no different. At the war’s outset, white officers believed that Black men were not capable of driving or adequately fighting tanks in combat. One general, Gen. Lesley McNair, thought differently. He advocated for using Black troops in combat from almost the beginning of the war.

Necessity trumped all other considerations and Black combat units were eventually formed, under the command of white officers. The 761st Tank Battalion was one of these units and Warren G. Harding Crecy joined the 761st after completing basic training at age 18.

The unit’s nickname was the Black Panthers and its motto was “Come Out Fighting.” That’s exactly what Harding did. Harding was a nice guy, a congenial fellow who was easy to get along with in regular, everyday life. Once seated in a tank however, he took on a whole new personality. He would need that alter ego in the war to come.

When they arrived in France, the men of the Black Panthers received a welcome and a pep talk from Gen. George S. Patton himself:

“Men, you’re the first Negro tankers to ever fight in the American Army. I would never have asked for you if you weren’t good. I have nothing but the best in my Army. I don’t care what color you are as long as you go up there and kill those Kraut sonsofbitches. Everyone has their eyes on you and is expecting great things from you. Most of all your race is looking forward to your success. Don’t let them down and damn you, don’t let me down!”

By November 1944, the 761st was fighting in Belgium, near the town of Morville-les-Vic. They fought valiantly in their first engagement, earning the kudos of everyone who saw their actions in combat.

On Nov. 10, 1944, the unit was engaged with the Germans in Morville, France when Harding’s tank was knocked out of the fight and set on fire. Harding jumped out of the tank and took control of its mounted .30-caliber weapon to cover the men exiting the tank. Then, he went on the offensive.

Harding assaulted a machine gun nest and another German position, knocking each one out in turn. He was soon in another tank, guiding an infantry unit through a wooded area and up a hill through heavy snow, where it came under fire and backed into a tank trench.

Harding called for another tank, jumped out, and attached his tank to the new tank on the scene in an effort to pull it out of the ditch. The Germans began opening up on the infantry that had accompanied his tank. Harding mounted a .50-caliber machine gun and wiped them all out, then did the same to two enemy machine gun nests, all under intense incoming fire.

The infantry was saved and Harding earned the nickname “The Baddest Man in the 761st.”